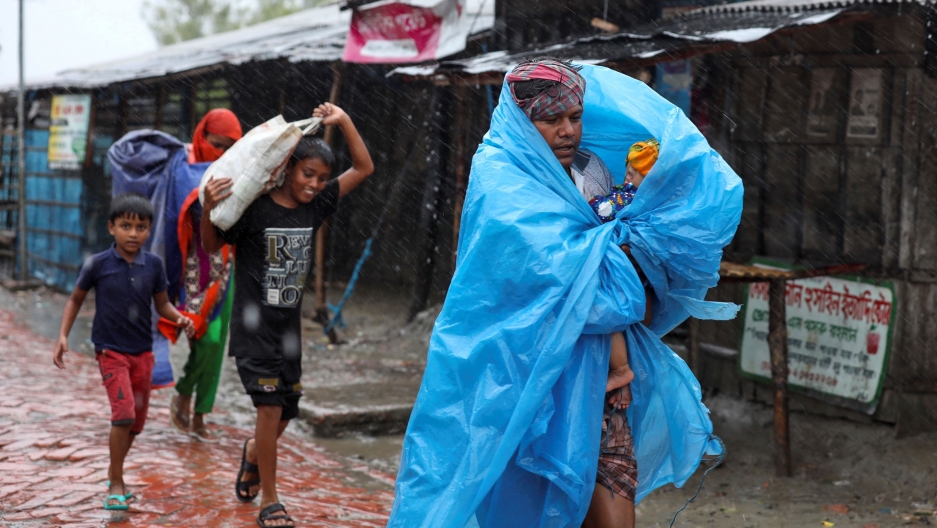 People make their way to a safer place ahead of Cyclone Amphan's landfall in the Gabura outskirts in Bangladesh May 20, 2020.

The deadly Cyclone Amphan slammed into India and Bangladesh today, bringing heavy rain and winds that tore off roofs, uprooted trees and bent electricity poles. The powerful storm is forcing millions of people to evacuate in an operation complicated by the coronavirus pandemic. Cyclone Amphan, brewing for days in the Bay of Bengal, is one of the strongest storms to hit the region in about a decade.

From The World: How to deal with a cyclone in the middle of a pandemic?

Germany announced new veto authority over hostile foreign takeover bids for health care companies today. The measure comes after the early stages of the pandemic saw a worldwide run on materials believed crucial to combat the coronavirus, as well as reported attempts by the United States government to buy Curevac, a pharmaceuticals startup that was working to develop a vaccine. The new veto regulation will allow the German government to block takeovers of makers of vaccines, precursor chemicals, medicines, protective equipment or medical machinery such as ventilators.

Discussion: Will young Latinos turn out to vote in the 2020 US presidential election?

A record 32 million Latinos are projected to be eligible to vote in the 2020 US presidential election, making them the largest share of minority voters for the first time in history. And they tend to be young. Nearly every 30 seconds, a young Latino in the US turns 18, or voting age. The challenge for candidates this fall will be turning them out to vote.

The World’s Daisy Contreras moderated a discussion with María Teresa Kumar, president and CEO of Voto Latino and Mark Hugo Lopez, director of Hispanic research at the Pew Research Center, addressing the complexities of the Latino electorate.

A human rights coalition is calling on the Canadian government to investigate and consider sanctions against Chinese officials. Activists say pro-China groups have showed up in several Canadian cities, and threats have increased against Canadian activists. The alleged pattern of intimidation led to a coalition of human rights groups across the country to release a report that documents a coordinated assault by the Chinese government to shut down criticism of its human rights record.

“The Chinese government ruthlessly tries to crush all dissent and now are on a global mission to silence any criticism of their policies or human rights record at large,” said Chemi Lhamo, of Students for a Free Tibet Canada. 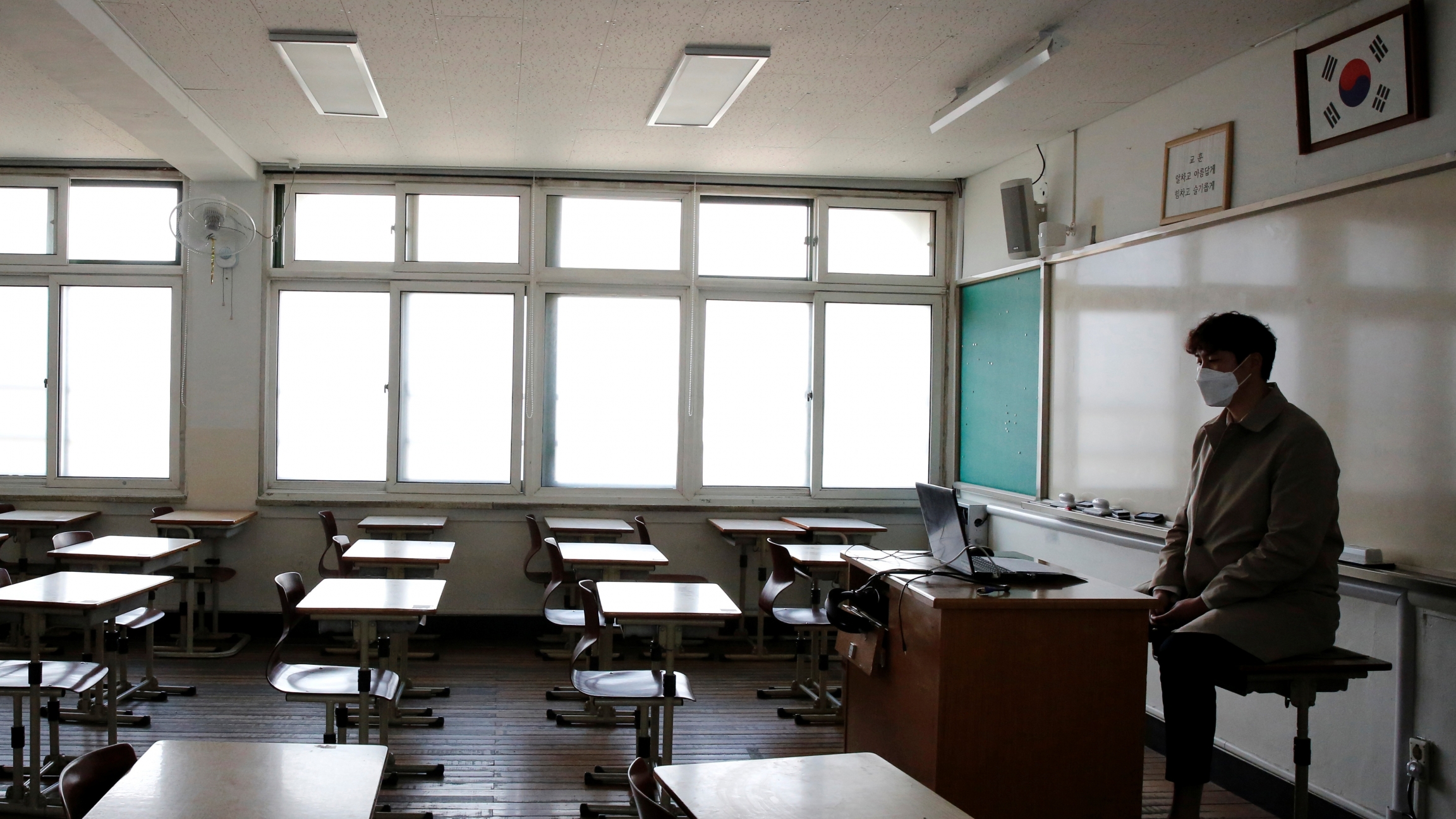 A teacher gives an online class at school, amid the coronavirus disease (COVID-19) outbreak, in Seoul, South Korea, April 9, 2020.

South Korean high school seniors will be the first students to return to the classroom as schools across the country will partially reopen for in-person learning. For many, the pandemic didn’t just disrupt their education; it cast their entire futures into uncertainty.

The third and final year of high school in South Korea is almost entirely devoted to preparing for a university entrance examination known as the suneung — widely considered the most important test a Korean will ever take. It determines the trajectory of one’s academic and professional career.

“We are panicking because we haven’t been able to go to school. I feel like I am at a disadvantage now. I really feel like I am in a hurry to get back to class,” said Jung Ujin, who studies video production at a specialized high school in Seoul.

Also: Cambridge University says all lectures to be online-only until summer of 2021

Many around the world are wondering just how restaurants will begin opening up. Some restaurateurs have added plastic dividers between patrons. This café in Germany had a different idea: it offered guests pool-noodle hats.

Listen: WHO director-general vows to continue fighting the coronavirus 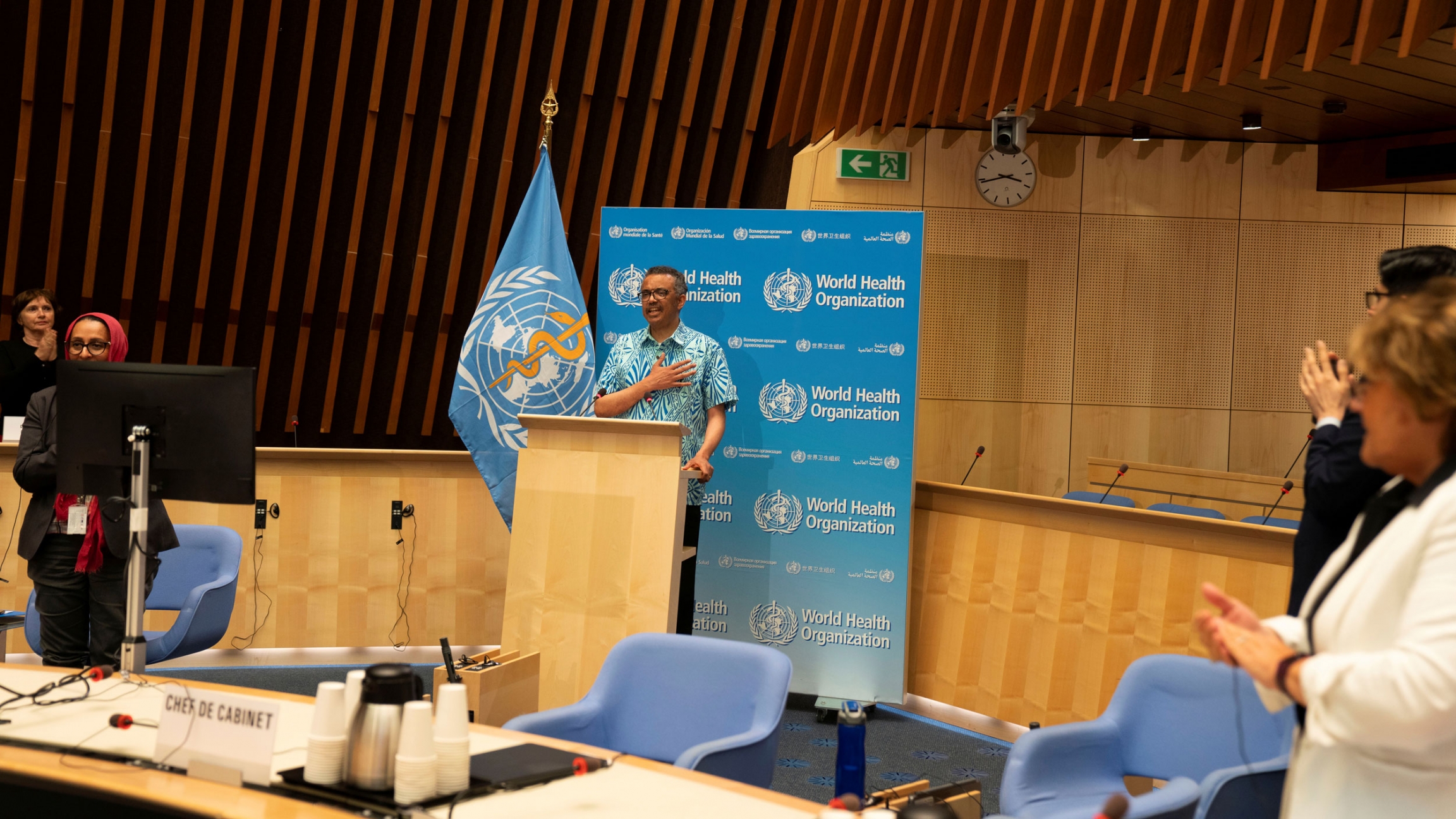 World Health Organization Director-General Tedros Adhanom Ghebreyesus closed the WHO’s two-day annual assembly vowing to continue to lead the fight against the pandemic “which threatens to tear at the fabric of international cooperation.” And, a super cyclone is set to hit India and Bangladesh Wednesday. Millions of people are being evacuated all while the countries face the coronavirus crisis. Also, the long-running pro-democracy protests in Hong Kong went quiet at the start of the coronavirus pandemic. But now that the Chinese territory is beginning to open up, the political fight is back.