Theater producer Nica Burns remembers precisely where she was when word filtered through that all theaters across London would have to close — she was backstage with the cast of her new show, "City of Angels."

The actors were already in costume and audience members had started to arrive at the Garrick Theatre in central London. A couple of hours earlier, British Prime Minister Boris Johnson announced in a TV broadcast that the public should avoid going to pubs, restaurants and theaters in response to the coronavirus.

Related: To work or not to work? UK lockdown unwind mired by confusion

That evening SOLT, the Society of London Theatre, issued a statement asking West End theaters to close their doors.

Burns says she could not quite believe that suddenly she was finding herself telling the audience to go back home.

“You know, never in any of our lifetime experiences have audiences been arriving and we had to turn them away. I mean — it was unimaginable that this could happen.”

“You know, never in any of our lifetime experiences have audiences been arriving, and we had to turn them away. I mean — it was unimaginable that this could happen.”

For over two months now, theaters across Britain’s capital have stood silent. Actors, directors and box office staff are all furloughed or out of work entirely, and no one can truly predict when the curtains will be raised again.

The last time London’s West End closed down was during World War II.

Burns runs six of those theaters with her business partner, Max Weitzenhoffer, and their company, Nimax Theatres.

The night the West End shut down, Burns took a walk around the district to “say goodbye to her theaters.” 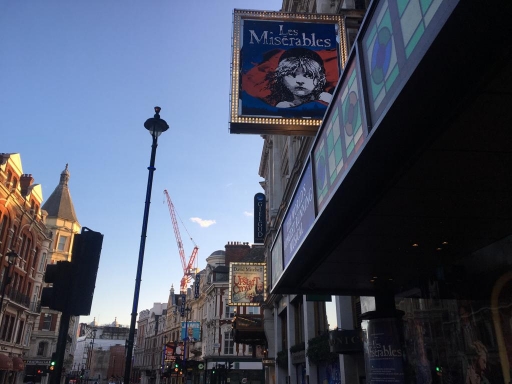 On Shaftesbury Avenue in the West End, four theaters stand alongside each other and decided to keep their lights on despite their closures due to COVID-19.

Four theaters stand side by side on London’s iconic Shaftesbury Avenue.

Cameron Mackintosh, one of the world’s most successful producers of musicals, owns two of them alongside two Nimax playhouses.

Burns wanted to leave the lights on outside the venues and rang Mackintosh to ask if he would do the same. She says she wanted people to know that they would be back. Mackintosh immediately agreed.

“He said, ‘Oh darling, marvelous idea.' So, we kept our lights on, just to remind everybody that we will be back.”

Scottish actor Noof McEwan was playing Otto in the Tom Stoppard play, "Leopoldstadt," when he heard the news. It was McEwan’s West End debut. Although he had an inkling it would happen, he says he was heartbroken to say goodbye to his fellow cast members.

That night, the Leopoldstadt cast headed to the pub, although McEwan says it turned into something of a wake. Over the next week, the Scottish actor started to feel unwell. On a Zoom meeting with fellow cast members a few weeks later, he asked if anyone else was feeling ill and had lost their sense of taste and smell. Most of the hands went up.

“We're like, right. So we've all had it. We've all passed it around each other,” McEwan said.

All the actors have recovered from the coronavirus but few have received any income in over two months. A financial scheme for the self-employed in the United Kingdom should see payment arriving in June, but many actors are not eligible for it. McEwan keeps himself busy writing but says he can’t help thinking how much actors’ work is taken for granted.

“The majority of people are enjoying the television and the radio and listening and watching the work of self-employed people. And we're keeping them alive and sane. But we’re the ones that aren’t getting anything back." 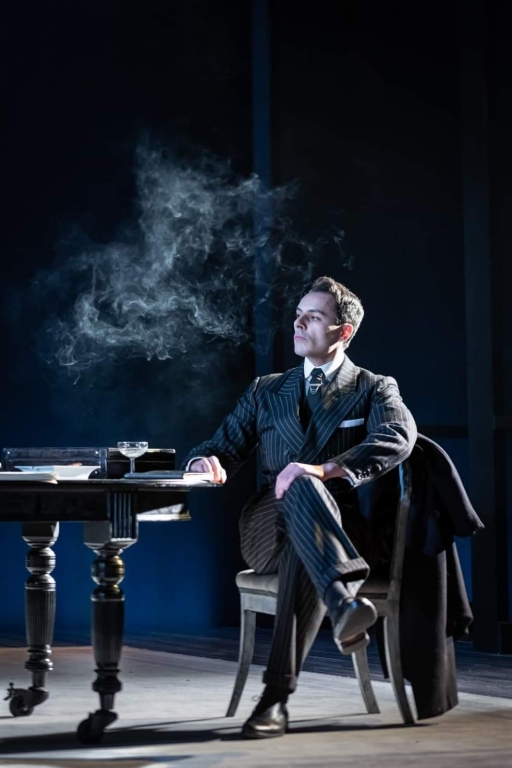 “The majority of people are enjoying the television and the radio and listening and watching the work of self-employed people. And we're keeping them alive and sane. But we’re the ones that aren’t getting anything back,” he said.

Some companies are trying to give something back.

Papatango Theatre Company, which works with new playwrights, was set to see its production "Shook" by writer Samuel Bailey transfer to the West End in April. The company’s executive director Chris Foxon says they decided to use the money they would have spent on the play to launch a scheme called “Isolated But Open.”

They invited playwrights to submit new work and the winning scripts were given to actors to perform and film in isolation. Foxon says he was overwhelmed by the response. Hundreds of writers sent in their work. The project gave people a sense of hope in a fairly bleak time, Foxon says.

“I think for creatives, writers and actors, knowing that although they may be in lockdown, there is still interest in hearing what they have to say or seeing them perform, is a real boost.”

“I think for creatives, writers and actors, knowing that although they may be in lockdown, there is still interest in hearing what they have to say or seeing them perform, is a real boost.”

But theater companies are worried.

Shakespeare’s Globe, a replica of an Elizabethan playhouse in London, this week appealed to the British government for financial support, saying it was in real danger of going out of business. The Globe has hosted performances by actors including Sir Ian McKellen, Dame Judi Dench, Jude Law and Ralph Fiennes. Andrew Lloyd Webber’s company, The Really Useful Group, reported that it is facing losses of 6.15 million pounds (approximately $7.5 million) in box office sales each week.

And Rufus Norris, artistic director of the National Theatre in London, said his venue is hemorrhaging money while other smaller theaters are “just days away” from going out of business. 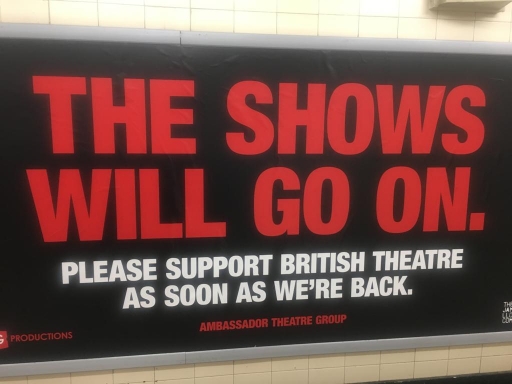 There is a glimmer of hope, though, and it comes from South Korea.

Andrew Lloyd Webber’s touring production of "The Phantom Of the Opera" has reopened in Seoul. It is the first major musical worldwide to do so. The production had closed in March after a member of the cast was diagnosed with COVID-19, but opened up again in mid-April.

Related: South Korean movie fans watch the big screen from behind their windshields

The touring production’s producer Serin Kasif says all audience members have to take a series of precautions when they enter the theater, from having their temperatures checked, to wearing masks throughout the show. Ushers shine a torchlight in the face of anyone who removes their mask during the performance.

The show has seen full houses since it reopened, but Kasif admits there is little that can be done about social distancing backstage. The staff tries to keep everything as hygienic as possible, but fixing hair and applying makeup means actors and crew have to be in close proximity to each other, she says.

“You can’t have social distancing backstage, or when you’re in dressing rooms and when you're being fitted with wigs and having your makeup done.”

No part of the onstage show has been altered, and intimate scenes are still part of the production. Kasif says the cast and crew have all been asked to be mindful of their health and tell the company’s doctor if they feel unwell. She believes that if it can work in Seoul, it can work on the West End or Broadway. But unlike the UK or the US, South Korea began testing early and extensively.

Producer Burns is also buoyed by what she’s witnessing in Seoul. Her production, "Everybody’s Talking About Jamie," has just begun its rehearsals there. But like Kasif, Burns says social distancing doesn’t work in theater. It ruins the atmosphere and would be disastrous financially, she says.

“If I sold only half the tickets, it financially doesn't pay for the running costs. It's an economic model that doesn't work, and that's the bottom line.”

Burns is now looking at how theater can work in the age of COVID-19. Unlike Mackintosh, who believes his large-scale musicals will not reopen until 2021, Burns thinks her shows could come back in September. But she says she needs more guidance from the British government, and right now that’s been in short supply.

With all the talk of the lifting of the lockdown in Britain, Burns says there’s been little mention of the West End. The theater is one of London’s biggest exports, she says, with West End shows traveling everywhere from New York to China. But no one in government is talking about it, she says.

“I just don't understand how the word 'theater' has not popped up anywhere. Nowhere.”

For now, Burns says it feels like the West End is frozen in time. And she makes an appeal to the prime minister: “Just give us the new rules, so we can start to deliver."