The day Prime Minister Jacinda Ardern imposed a strict nationwide lockdown in March, no one in New Zealand had died from the coronavirus. Compare that to the United Kingdon: 335 people had already died by the time Prime Minister Boris Johnson ordered the British public to stay home.

Like many world leaders, Ardern held daily press conferences where she appealed to New Zealanders to unite in their battle against the virus. “We are all in this together,” she told them. Ardern streamed Facebook live videos from her sofa at home, apologizing for her casual attire.

Related: Rohingya women are traditionally kept out of leadership roles. Will the coronavirus change that?

Her “go hard and go early” strategy combined with a warm empathetic manner worked. New Zealand recorded zero new cases of the coronavirus in a series of days last week and Ardern’s popularity rating is at an all-time high.

But Zoe Marks, a lecturer in public policy at the Harvard Kennedy School says there’s nothing inherently female about this style of leadership.

“The fireside chat approach originated with Franklin Roosevelt in the United States. The problem is not that only women can pull it off, it's that men are afraid to really let their guard down and be relatable,” Marks said.

Denmark’s Prime Minister Mette Frederiksen has not been afraid to show a more human side either. Frederiksen posted a video of herself and her partner doing the dishes and singing along during a weekly TV lockdown singalong show. 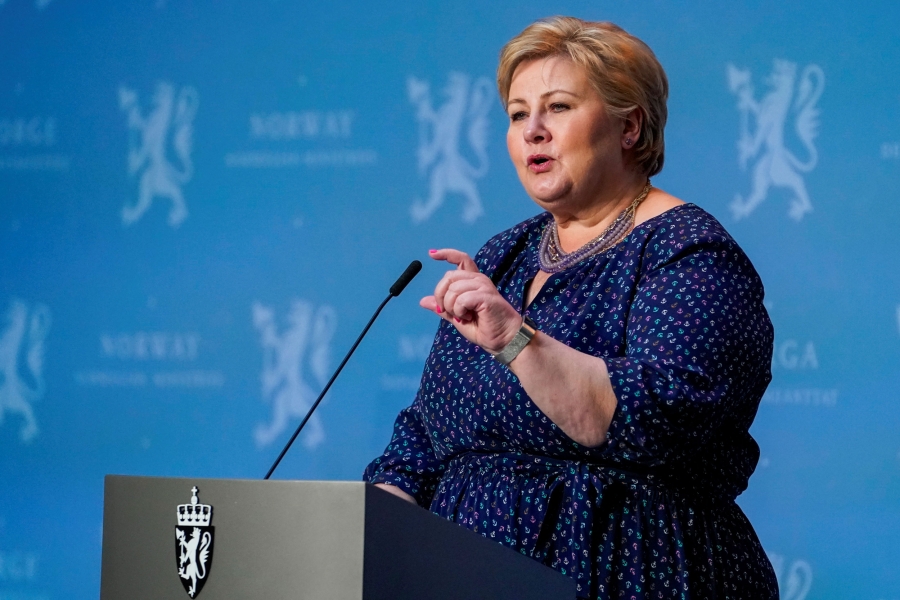 Norway's Prime Minister Erna Solberg speaks during a news conference on reopening society after the coronavirus disease (Covid-19) outbreak, in Oslo, Norway, May 7, 2020.

Like New Zealand, Denmark moved quickly to close its borders, then its schools and businesses. Other Nordic countries led by women, like Norway and Finland, did likewise, and have seen relatively low death rates from COVID-19. Sweden’s Prime Minister Stefan Löfven, by contrast, took a gamble and shunned the idea of a lockdown, instead trusting the public to maintain social distancing themselves. It remains to be seen if his strategy pays off but currently Sweden’s death toll is by far the highest in Scandinavia.

Suze Wilson, who teaches leadership at Massey University in New Zealand, says the evidence is mixed on whether men and women govern differently. Some research shows female leaders can be more participative in their approach, she says.

“Research shows women are more willing to listen to advice and include different perspectives and try to weigh them up when making decisions,” Wilson said.

But Wilson says it’s unhelpful to place too much emphasis on gender differences. Jennifer Tomlinson, professor of gender and employment relations at the University of Leeds, agrees. Tomlinson says the theory that men and women have distinctly different leadership styles is an outdated concept. She agrees that there is some evidence suggesting women in power are more open to accepting ideas and working with others but argues that there is nothing to stop men from doing the same.

“There is some evidence, slightly mixed, that maybe women are more collaborative in their style and that may be quite an effective approach to take. But it's not to say that men can't do collaborative leadership,” Tomlinson said.

Countries where leaders have listened to scientists' advice early in the crisis appear to have gained an upper hand in containing the virus.

In countries where leaders have listened to scientists' advice early in the crisis, they appear to have gained an upper hand in containing the virus. Iceland’s Prime Minister Katrín Jakobsdóttir and German Chancellor Angela Merkel introduced widespread testing early. Merkel, who has a Ph.D. in quantum chemistry, isn't known for having a warm approachable manner of the likes of Ardern — though she has earned the nickname mutti, or mommy. Merkel's approach is more stern and pragmatic. She warned Germans early on that 70% of the population may become infected, and in her press briefings, used simple scientific facts to explain her government’s strategy. But her direct approach is paying off. Germany’s death toll has stayed remarkably lower than neighboring France, or Spain and Italy.

Countries with male leaders, like South Korea, Vietnam and Greece, have certainly succeeded too in keeping infection rates down. And there are countries with women at the helm that haven’t fared so well, like Belgium, where the fatality rate is notably high, although Belgian officials argue that they are collating the figures differently than the rest of the world.

Related: Is Vietnam the coronavirus-fighting champ of the world?

Rosie Campbell, professor of politics at King’s College London, says that while the pandemic may have highlighted the success of female leaders, it has also more importantly shone a spotlight on the failed macho style of governance of some more populist leaders.

"We've had this tide of populist, macho strongmen leaders who have deliberately chosen to portray themselves that way, to be invulnerable.”

“We've had this tide of populist, macho strongmen leaders who have deliberately chosen to portray themselves that way, to be invulnerable. You know, it's an extreme leadership style,” Campbell said. “And I don't think in a crisis it’s a very effective one because actually you need to be able to have people speaking truth to power.”

Related: How coronavirus exposes weaknesses of US health system

Campbell says leaders who are proving to be most effective are those who have shown some humility and vulnerability in the last few months. These traits tend to bring people together in support of their government. The hyper-masculine approach adopted by the likes of the US President Donald Trump and Brazilian President Jair Bolsonaro is failing to unite people behind their governments’ strategies, she added.

Bolsonaro has repeatedly downplayed the virus, saying for most people, himself included, it would be nothing more than “just a little flu.” Brazil has by far the highest death rate in South America. In the US, Trump said the government had the situation “completely under control” in February, and that everything would work out fine by April, when the weather gets warmer. Instead, America now has the highest death toll in the world with over 80,000 deaths.

With so much attention being paid to women leaders, it’s easy to forget that they lead less than 7% of UN countries. Wilson said the challenges facing women just accessing positions of power remain considerable. Those that make it often have to reach a far higher standard than their male counterparts, she added. 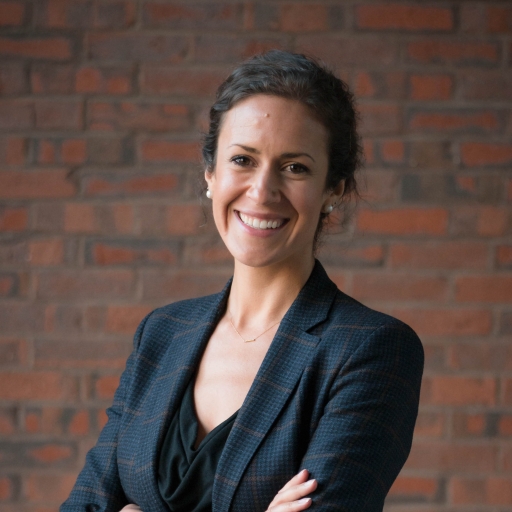 Harvard lecturer Zoe Marks said society does not not have a good record in celebrating achievements by women.

Related: Coronavirus postponed Russia’s Victory Day. That could be a problem for Putin.

Whether the praise many female leaders are receiving right now will have any impact on the numbers of women rising to the top remains to be seen. Harvard lecturer Zoe Marks said society does not have a good record in celebrating achievements by women.

“It's often the case — and research has demonstrated this — that we're more likely to credit a team than an individual woman who's leading a team than we are if it was a man in charge,” Marks said. “And we are also quicker to blame women for any failures.”

Marks says its contingent on everyone right now to recognize the success of these female leaders and also to upend the gender stereotype that women are less decisive and less confident than men. This pandemic has clearly shown that not to be the case, she said. Wilson is optimistic that the example women leaders are setting will have a positive impact on future generations.

“The fact that there are so many examples of women leading very well in this crisis will, I think, help offer more stories to tell little girls that are growing up, to give them the confidence and the ambition to aim for leadership.”

Above all, Wilson says she hopes it will show voters of both genders that women are more than capable of handling a global crisis.

“In fact, women are actually pretty damn good at it,” she said.