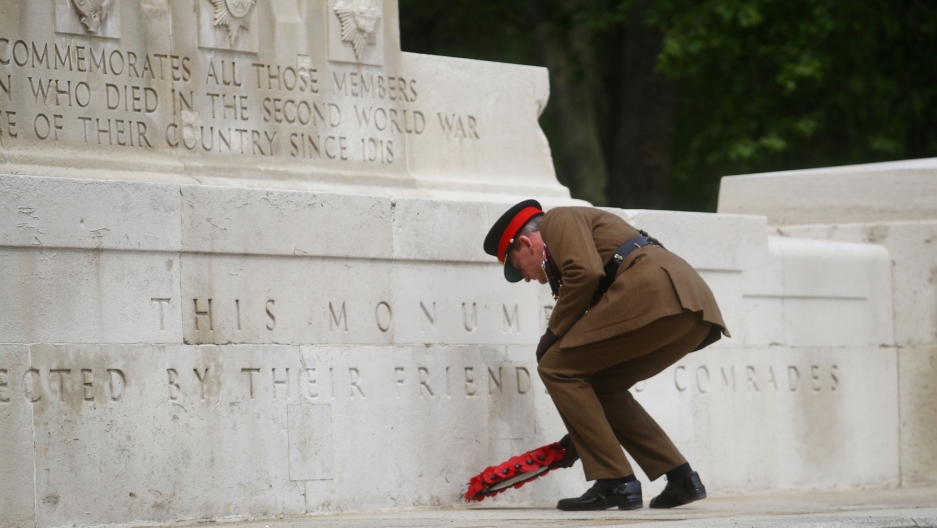 A officer lays a poppy wreath before a two minute silence to commemorate the 75th Anniversary of VE Day at Horse Guards, London, Britain, May 8, 2020.

Today is the 75th anniversary of Victory in Europe Day, or V-E Day, which commemorates the 1945 Nazi surrender during World War II.

This year, Berlin has made May 8 a public holiday for the first time. Organizing group Kulturprojekte has moved much of the commemoration of the liberation from Nazi rule online, with a series of apps, podcasts and digital exhibition. The campaign wants to remind Berliners that Nazis came to power through democratic elections and “that it is the responsibility of everyone to ensure that history does not repeat itself.”

In Russia, Victory Day marking the role of Soviet troops fighting against Nazi forces is celebrated May 9. It's also usually a chance for President Vladimir Putin to underscore his version of national ideology. But this year, Red Square will be unusually free of parades, as Russia faces the pandemic. Today on The World, Fiona Hill, a Russia specialist who testified in the Trump impeachment hearings, talks about what effect the pandemic might have on Russia.

In photos: How V-E Day echoed around the world

UN Secretary-General António Guterres has warned of the “tsunami of hate and xenophobia, scapegoating and scare-mongering” that the novel coronavirus pandemic has engendered around the world, and called for an "end hate speech globally.”

Part of that mudslinging comes from the president of the United States, who has claimed, with little evidence, that the pandemic originated in a Chinese laboratory. In China, black Africans have faced coronavirus racism.

Guterres also cautioned against the spread of conspiracy theories and the recent surge of anti-foreigner sentiment around the world.

And: In 2001, a British-Chinese protest against virus-related racism

Is Vietnam the coronavirus-fighting champ of the world?

Is there any other sizable country that has so thoroughly vanquished COVID-19 as Vietnam — and without the resources of a wealthy nation? Vietnam tested its citizens at a higher rate than almost any other country in the world — and produced enough of its own WHO-approved coronavirus tests to export around the planet. The government’s quick call to action was key, but part of Vietnam’s formula for success is strong policy plus massive public buy-in.

And: Mexico faces US pressure to reopen American factories amid coronavirus

Despite twice pleading guilty to lying to investigators about conversations with the Russian ambassador, the US Justice Department moved to drop the criminal case against Michael Flynn, President Donald Trump's former national security adviser. It is the latest in a series of moves by the department, headed by Attorney General William Barr, to dismantle the work of Robert Mueller's investigation into Russian intereference in the 2016 presidential elections and links to the Trump campaign.

Not a single career prosecutor working on the Flynn case signed on to the brief seeking dismissal.

And: Lebanon protests called out corruption. Now it’s about survival.

Many people who identify as LGBTQ are experiencing lockdown differently than their heterosexual peers — especially those stuck in homophobic homes. LGBTQ organizations around the world are seeing significant upticks in calls for help. But for some, even getting on the phone is a risk. And in countries where homosexuality is criminalized, the situation is compounded.

And: Coronavirus heightens anxiety among LGBTQ Nigerians with HIV

June Almeida: The virologist who identified the first coronavirus 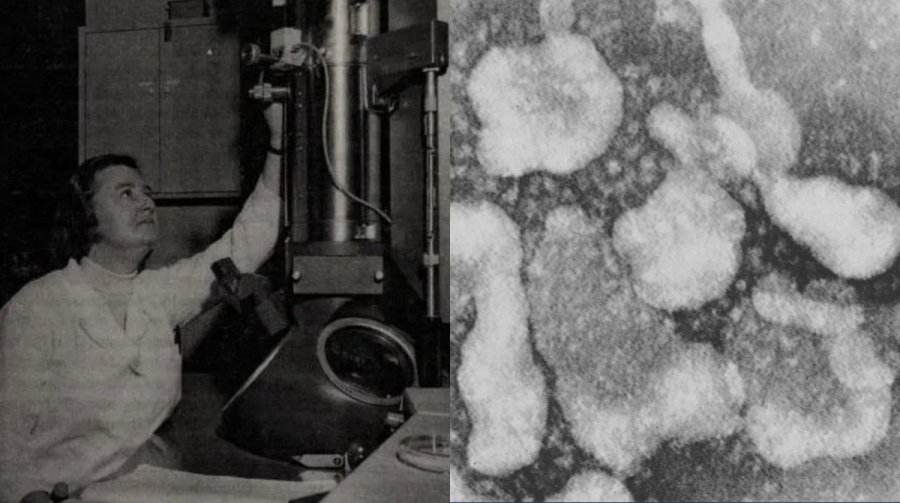 Scottish virologist June Almeida first identified the coronavirus in 1964, using innovative techniques and an electron microscope. This is a micrograph of "corona" (crown) virus produced by Almeida in 1964.

She was not only a pioneer of virus imaging: Almeida also played a pivotal role in identifying the first human coronavirus, the same type of virus with tiny spokes as SARS-CoV-2, the virus that is causing the COVID-19 pandemic.

Did last night feel particularly bright? The last supermoon of the year lit up skies around the globe.

#Supermoon lights up night skies around the world https://t.co/02zOJPREdt

Listen: Are the US and China at a crossroads? 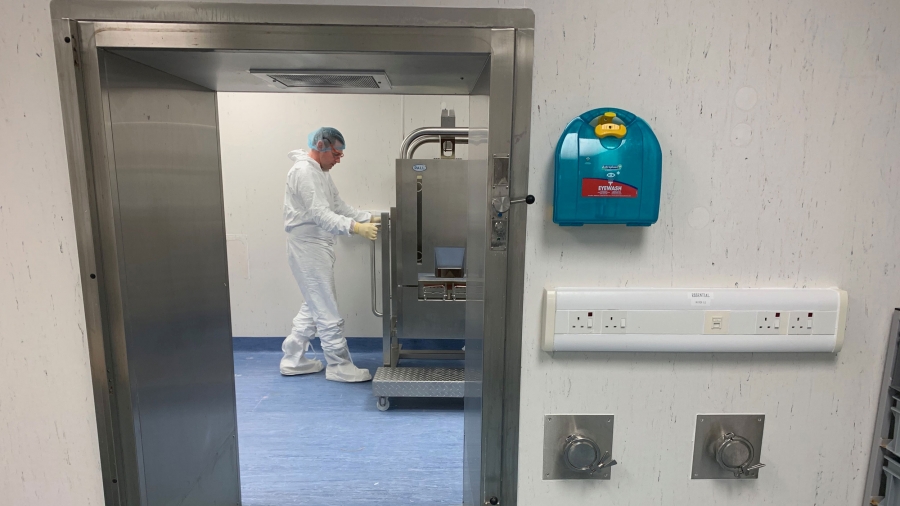 A scientist at Cobra Biologics works on an initiaitve for a potential vaccine for COVID-19 in Keele, Britain, April 30, 2020.

One reliable path to economic recovery is getting a vaccine for the coronavirus. The World discusses the latest and explains the race to develop a vaccine. In Poland, the ruling conservative government was pushing for presidential elections this Sunday by mail. But some lawmakers rebelled, and the ruling Law and Justice party, or PiS, agreed to postpone things. When, and how exactly Poles will vote remains unclear. Also, Andy Serkis, the actor who played the creature Gollum in the Hobbit movies, will be returning to the screen on Friday. Not the big screen, of course, but your computer where he plans to read all of "The Hobbit" non-stop on a livestream for charity.