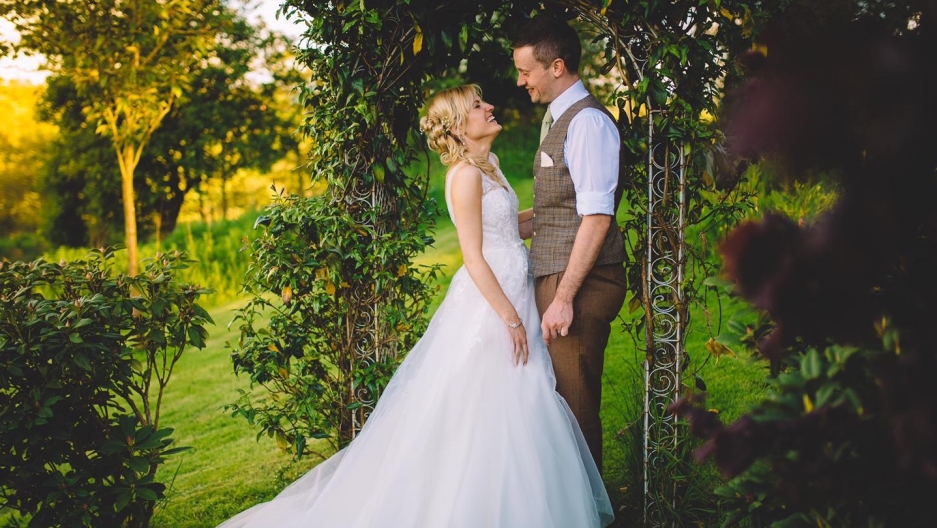 Kirsty Duncan and her husband, Adam, on their wedding day.

Thousands of women may lose out on their chance to have a baby because of COVID-19. Fertility clinics across Britain shut their doors in mid-April, pausing in vitro fertilization (IVF) treatment for many women midcycle. The decision has left thousands in limbo. No one knows when the clinics will open up again and for those who have spent years trying to conceive — the closure is a cruel blow.

As lockdowns began, jokes were made about the baby boom in nine months' time. But it’s hard for some to see the funny side if they've been trying for a baby for years. Anita Brien in Hull, in northeast England, has tried to conceive for five years; Sian Brindlow in southern England has tried to conceive for 12 years. For these women, the quips can wear them down. Brien who’s 34, blocked some social media accounts because it was too upsetting to read the jokes. Comments by parents on Facebook about the trials of home-schooling have left her feeling empty, too.

“I'd love to be getting annoyed with my children right now. I'd love to be not understanding the work that the school has sent home, but I can't because I don't have those children,“ she said.

Brien was only three days into her first IVF treatment when she received a text last month telling her to stop taking her medication. Her fertility clinic was closing down because of the coronavirus. Even though she was in the early stage of the cycle, Brien was heartbroken. After so many negative pregnancy tests, the IVF treatment had been the first positive step in her hope of having a baby.

“This was really positive, something really practical was going to happen. So, I was completely devastated,” she said.

But Brien, an events fundraiser, is practical, too. Her partner Matt is a paramedic and he’s seen the close-up impact of the virus.

As women across Britain began to receive the news that their treatments were being canceled, the Fertility Network, a national charity for people dealing with fertility issues, was inundated with calls. The organization's chief executive, Gwenda Burns, said women were distressed not just because their IVF was stopped, but because nobody could offer any guidance on what the next stage would be. But she thinks the Human Fertilisation and Embryology Authority, the British regulatory body, made the right call to order the clinics’ closure.

“I think for the safety of patients, the safety of embryos and of NHS [National Health Service] staff, there was no other actual way this could be done,” Burns said.

“We don't know how many months we’re going to have to wait now and, you know, we hear all these miracle stories of people conceiving well into their 40s. But that's what they are. They are miracles. They don't happen to everybody."

In Britain, women are entitled to a number of free fertility treatments under the NHS but it varies depending on age and where they live. Sian Brindlow, a teacher in West Sussex, was on her third IVF cycle when she got the call saying her treatment needed to be postponed.

Like Brien, Brindlow understands the need to pause treatment, but worries about the time passing.

“We don't know how many months we’re going to have to wait now and, you know, we hear all these miracle stories of people conceiving well into their 40s. But that's what they are. They are miracles. They don't happen to everybody,” she said. 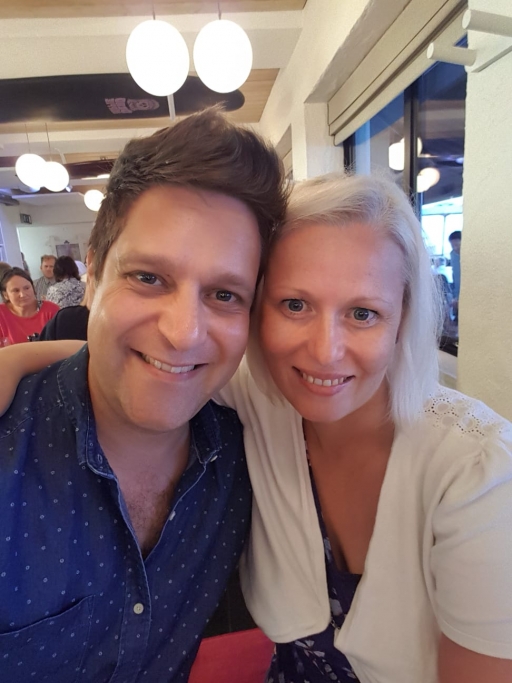 Sian Brindlow and her husband Nick have struggled with fertility.

Brindlow says trying to have a baby has dominated her life and that of her husband Nick for over a decade. She says they naively thought it would just happen. Undergoing IVF treatment, she said, also gradually takes over your life.

“You know, your evenings are injections, your hormones are not your own. You can't plan any weekend breaks, you can’t plan any holidays."

Kirsty Duncan, 32, who lives in Cheshire, understands how all-consuming the experience can be. She says she is at the stage where many of her friends are getting pregnant, and she can’t help wondering when her time will come.

“It's an incredibly lonely place to be as a couple because, you know, you've got friends that are announcing pregnancies left, right and center. And you think why is it so easy for them? And it's not for us?”

Duncan, an early career manager and her husband, Adam, are open about their difficulties trying to conceive. Duncan posts updates on her Instagram account of their journey so far and says the community is hugely supportive. But she says some couples are very reluctant to discuss their fertility issues and wonders if it might come down to being British.

“I think there's this kind of British uneasiness about talking about something to do with sex, especially if your sex organs don't work. It’s like well, if they're talking about IVF, that means they must have had sex at some point in their life. And that's just that's too distasteful for us to talk about."

“I think there's this kind of British uneasiness about talking about something to do with sex, especially if your sex organs don't work. It’s like, well, if they're talking about IVF, that means they must have had sex at some point in their life. And that's just that's too distasteful for us to talk about,” she laughed.

It might also have to do with the advice people seem determined to dish out. Duncan says she’s heard countless suggestions about how she just needs to calm down and everything will work out fine.

“There's so many people that I know will just say, 'You just need to go on holiday. Get a dog, get drunk.' I would say the worst thing is when people say just relax.” 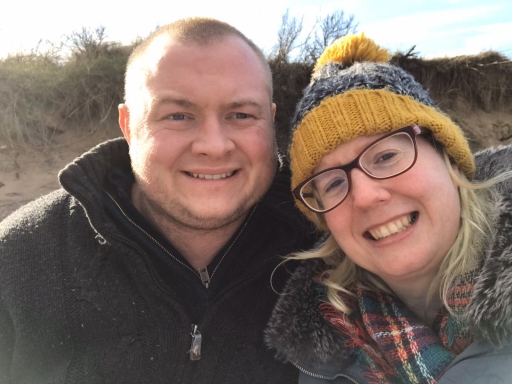 Anita Brien and her partner Matt's fertility plans got interrupted by COVID-19.

Trying to remain calm while dealing with fertility issues during a pandemic is a challenge. But it’s not the biggest issue on Brien’s mind right now. She has another slightly unexpected concern. Chocolate.

“My biggest worry is how much chocolate I'm going to eat over the next few months,” she said.

It might sound frivolous, but there is a good reason for this. The NHS in Britain only funds your IVF treatment if your body mass index is under a certain number, and Brien, like most people right now, is trying not to comfort eat her way through the lockdown.

For many women, the pandemic is a reminder of just how little control they have over their lives. Brindlow says she is now leaving it up to fate to decide whether she’ll be a mother someday. If it's not meant to be, that’s OK, too, she said.

“We've had a lot of time just us two. You know, I only want kids with him, I don't want them with anyone else. And I know it sounds twee, but, you know, I'm really lucky I do have the love of my life. ... Not everyone has that.”