This week, Ghana became the first African country to ease its nearly three-week lockdown against the coronavirus.

While large gatherings are still banned, and schools remain closed, some nonessential businesses were allowed to open in Accra and Kumasi, the two main metropolitan areas in the country. Ghana's President Nana Akufo-Addo said his decision came about after increasing the country’s capacity to fight the pandemic, including aggressive contact tracing and expansion of testing.

Ghana is using a unique approach to reduce the amount of time it takes to get COVID-19 test samples from remote rural areas to labs: drones. Instead of waiting for days for a batch of samples to be transported by truck, tests from rural areas can be delivered for analysis in less than an hour.

The Ministry of Health expanded its partnership with Zipline, an American company that uses drones to deliver medical supplies. Zipline has set up a system to deliver samples collected in more than 1,000 health facilities across the country.

Zipline’s drones are automated, but they’re also being monitored and, when needed, controlled, by humans. On April 17, on Zipline's first flight, 51 samples were flown from the Omenako drone distribution center to the Noguchi Memorial Institute for Medical Research in Accra, 45 miles away, in what could be the first time that drones have been used to deliver COVID-19 test samples.

The COVID-19 test samples are packed in special red boxes using guidelines issued by the World Health Organization and then placed inside the belly of the drone. The drone is then put on a launcher, and it’s off to its destination for delivery. 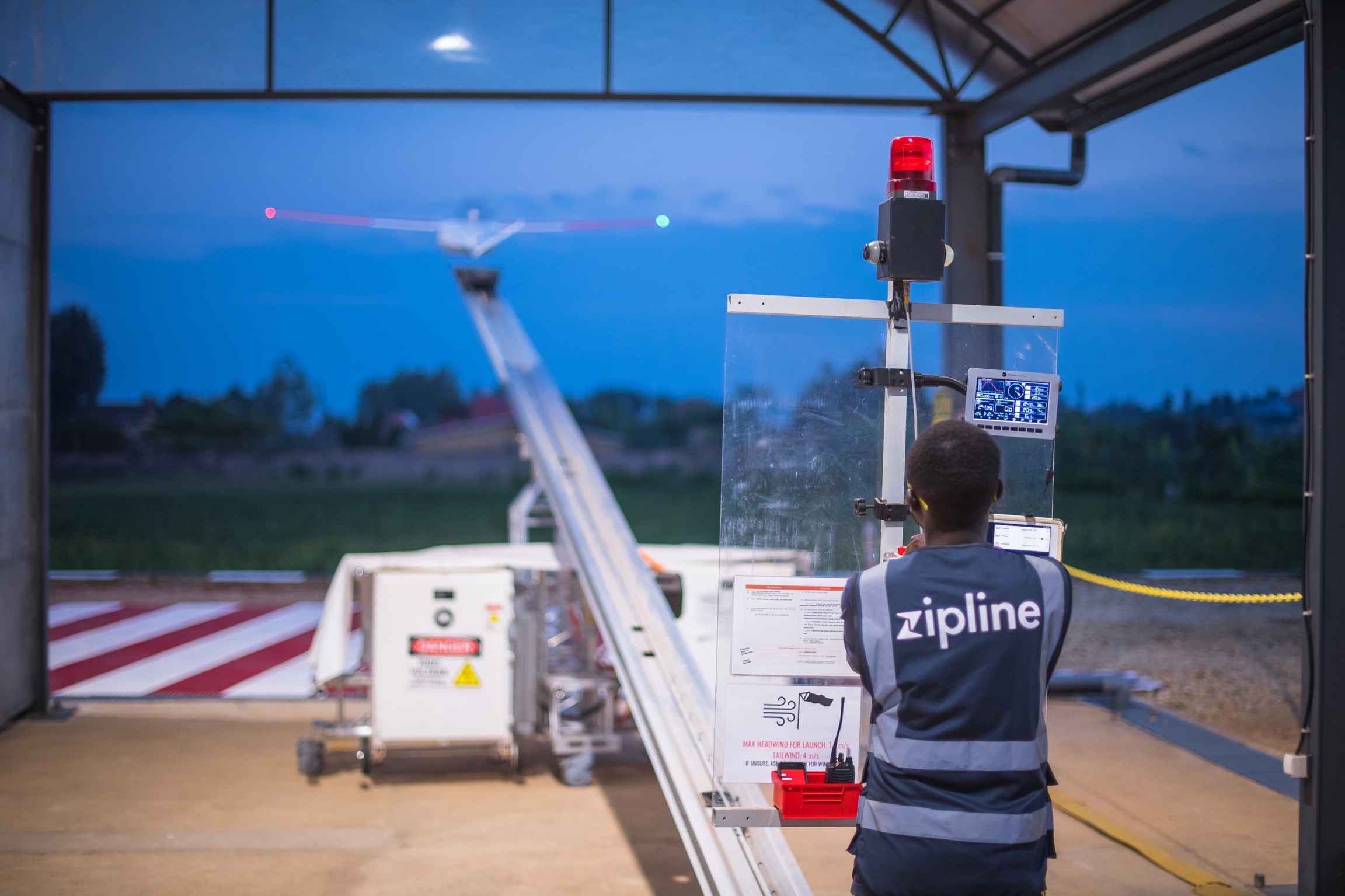 Zipline’s drones are automated but they’re also being monitored and, when needed, controlled, by humans.

The delivery is contactless. Once at the testing facility, the drone opens up its belly and drops the box filled with samples using a parachute to ease the landing. A health care worker sprays the box down with disinfectant and takes it inside to be processed.

For nearly a year, Zipline has been delivering vaccines and medications to hospitals around Ghana. It also operates in Rwanda, where it uses its drones to deliver blood samples.

Wilmot James, a visiting professor at Columbia University who has advised the African Centers for Disease Control and Prevention on biosecurity, has been following Zipline’s operations for years and says the company has a clean track safety record. But he stressed that biosafety is critical in this kind of work and the fact that there is an inherent risk to these types of operations.

“In this particular instance, we’re dealing with samples that are pathogenic," James said. “An Ebola sample is another one; you have to make sure that you have proper protocols around that.”

Zipline says they’ve done that in consultation with experts and WHO.

Ghana conducted more than 68,000 tests during lockdown, and some18,000 testing samples remain outstanding. The country has only  67 ventilators available in its public hospitals for a population of almost 30 million.