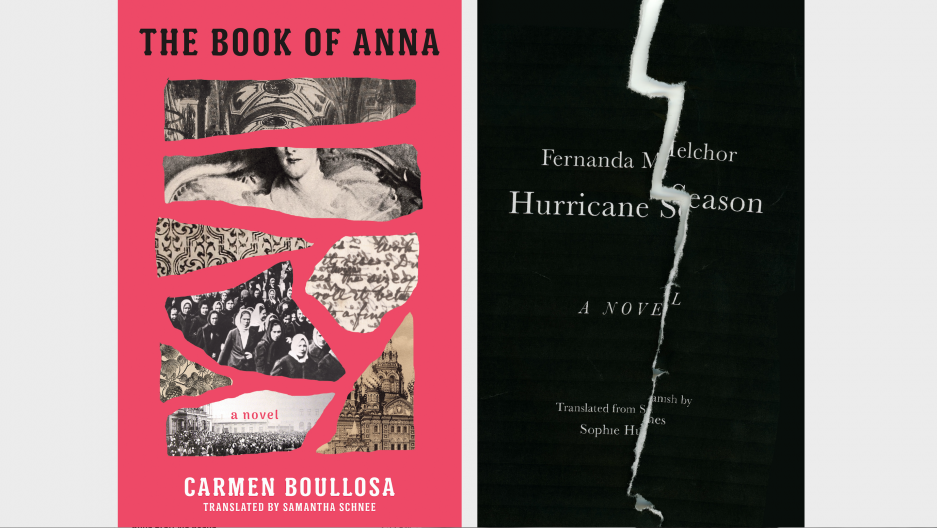 One of the most controversial novels of the year, “American Dirt” by author Janine Cummins, is now also one of the most successful.

US-based publisher Flatiron Books paid Cummins a seven-figure advance for “American Dirt,” marketing the book as the antidote to America's misunderstanding of immigrants along the borderlands.

In response, many writers pointed out the novel had, instead, caricatured and misrepresented not only immigrants but also many aspects of Mexican society. The social media debate sparked multiple read-this-instead lists. Still, the drama hasn't hurt sales much: The book has been on bestseller lists since it was published in late January.

But the controversy around Cummins' novel is symptomatic of one of American book publishing's long-standing shortcomings, says Ignacio Sanchez Prado, who researches Mexican literature at Washington University in St. Louis: Only 3% of the books published in the US every year are translations from other languages. That makes it hard for authors who write in non-English languages to gather readership in the US.

“The books are there,” Sanchez Prado told The World. “It’s just that the big corporate publishers don’t put their machinery behind them.”

The big five publishers — Penguin/Random House, Hachette, Harper Collins, Simon and Schuster, and Macmillan — expect writers from the “Global South” to be native informants of their countries and cultures, he said on Twitter.

Sanchez Prado recommended several novels translated from Spanish to English by writers widely praised in their native Mexico. That list includes works by authors Carmen Bollousa and Fernanda Melchor — both out this spring.

In “Book of Anna” (out April 14 by Coffeehouse Press), Boullosa tells a story centering on socialites and revolutionaries in Russia. In “Hurricane Season” (out March 31 by New Directions Publishing), Melchor weaves a story revolving around the murder of a small-town witch.

The two books and authors are examples of the broad landscape in Mexican literature today, said Will Evans, owner of Dallas-based Deep Vellum Publishing, which specializes in international literature.

'Book of Anna' by Carmen Boullosa

Carmen Boullosa, a poet, playwright and novelist, has been writing for decades. Her work has been widely praised across the Spanish-speaking world, and it seems there is no topic the Mexico City native won't tackle. In “Cleopatra Dismounts,” published in 2003, she reimagined the life of Cleopatra. In “Texas: The Great Theft,” published in 2013, she focused on the little-known 1859 Mexican invasion of the United States. And in “Book of Anna,” translated into English by Samantha Schnee, she starts off with the title character from Leo Tolstoy’s famous epic “Anna Karenina."

Tolstoy, in his novel, makes a brief mention of a manuscript title character Anna Karenina was writing but does not revisit it, Boullosa said. In “Book of Anna,” a copy of Anna Karenina's manuscript is found, and the stories of Anna's children converge with that of revolutionaries in St. Petersburg in 1905.

"Tolstoy had problems with women. He adored Anna Karenina, but she was a woman, and he had problems with them," Boullosa explained. "I wanted to restore her from her lost manuscript, so I decided that I was going to write the book."

Fernanda Melchor, a 37-year-old from the state of the Mexican state of Veracruz, has written two novels. When her second, “Hurricane Season,” was first published in Mexico in 2017, many critics heralded it as one of the country’s best novels of the year, and Melchor one of the best writers under 40. The book was translated into English by Sophie Hughes and has been shortlisted for the International Booker Prize, arguably the most significant prize for literature translated into English. It will be available in more than 10 languages.

“Hurricane Season” takes place in an imaginary town in Melchor’s home state of Veracruz, near Mexico's Gulf Coast. It opens with a group of boys discovering the body of the local town witch floating in a canal, and unravels with the stories of townspeople connected to the witch.

Melchor wanted the novel to reflect true life in the narrative it tells and in the way people in Mexico speak, she said. The story confronts the violence that women in Mexico experience on a daily basis. Melchor said she was surprised by the broad international interest it has earned.

"It’s a novel that talks about a small town in Mexico and has a really strong local color,” she said. “It's really harsh. It's not for every reader.”