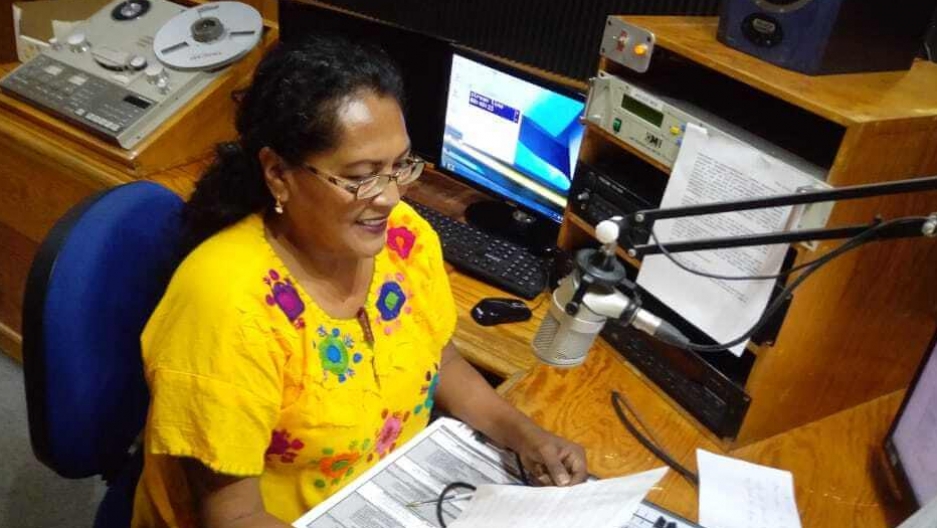 Mexico's government, bracing for a peak in COVID-19 cases in mid-May, is scaling up its information campaign about the coronavirus to slow its spread.

Messages to stay at home and follow social distancing measures are everywhere via TV and commercial radio as well as social media, text messages and billboards. The health ministry holds daily press conferences to inform the public on the spread of the virus — sometimes twice daily.

But for those living in remote rural communities, getting those messages is not so easy.

About 40 million Mexicans — roughly 30% of the country’s population — do not have access to the internet, which means they don’t receive the same level of exposure to the government’s information campaigns as in cities with high connectivity. Those without internet access are concentrated in remote or rural areas where mostly Indigenous communities live.

Now, a national network of Indigenous community radio stations is stepping in to fill the gap.

“Radio stations are very important in these remote communities that don’t have any other source of information. ... The radio fills this void.”

“Radio stations are very important in these remote communities that don’t have any other source of information,” said Amarillas, a radio host who has worked at the station since the '90s. “The radio fills this void.”

Related: When it comes to reopening economies, 'no fast track' to normal

The station broadcasts in three Indigenous languages — Mayo, Yaqui and Guarijio — and aims to promote and preserve the cultural identity of these Indigenous peoples. Acting as a bridge between audiences and government authorities, the radio translates the government’s official messages from Spanish to local Indigenous languages so that these communities are not left out. 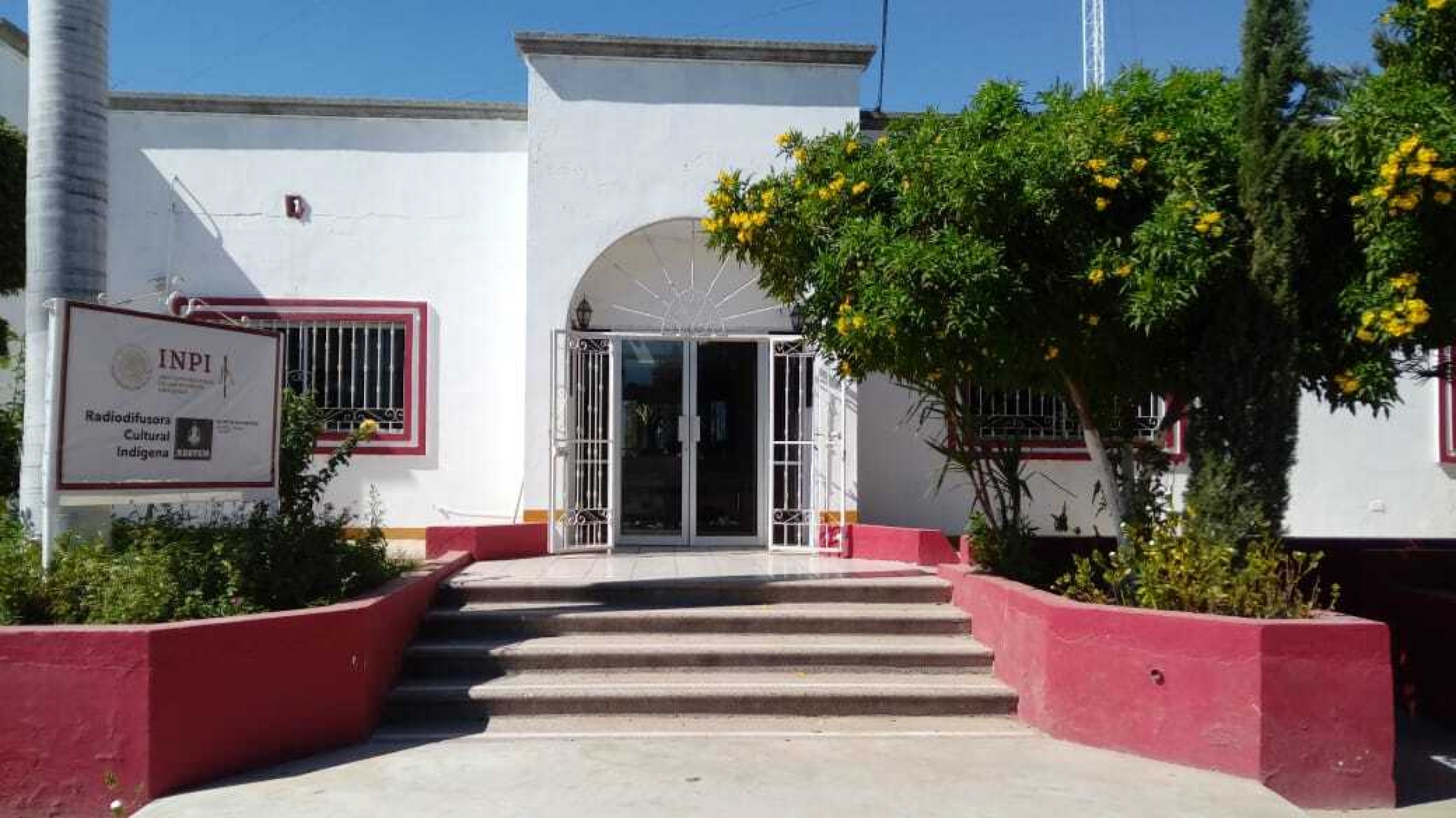 La Voz de los Tres Rios is part of a national Indigenous community radio network of 22 stations. The network has been on the air for 40 years and broadcasts in 35 of Mexico’s 68 official Indigenous languages. The federal government announced that this network will play a crucial role in informing Indigenous communities about all aspects of the pandemic.

As part of this initiative, the network will consult with experts and community leaders on how the coronavirus affects Indigenous communities. If a road closes due to the virus or there are supply chain issues that affect farmers, for example, these radio stations will give the latest information and updates.

As of April 21, Mexico has about 8,772 COVID-19 confirmed cases and 712 deaths. So far, remote, mostly Indigenous communities with smaller populations have been spared, but mitigation depends on an informed citizenry to slow the spread.

Amarillas said that the station sometimes invites health professionals to the show as well. On a recent day, the station played traditional music from Guarijio, Mayo and Yaqui communities before the host delivered the news on health, culture and Indigenous rights. The station relies on community leaders to inform the content and share advice on relevant issues.

Mexico’s digital divide is more strongly felt in rural areas, where only 47.7% of the population has access to the Internet compared to 76.6% in cities. This divide also runs along geographic lines: Indigenous communities in Mexico’s southern states are generally poorer and have less access to connectivity than those in the north.

Internet access became a constitutional right in Mexico in 2013, and the country has made strides to bridge the digital gap — but experts say more must happen to close this gap.

“We need public policies that guarantee everyone’s right to the internet, technologies and broadband. ... So that they can perform their activities and exercise their right to education, security, work and entertainment.”

“We need public policies that guarantee everyone’s right to the internet, technologies and broadband,” said Jorge Bravo, the president of AMEDI, an organization that advocates for people's access to information in Mexico City. “So that they can perform their activities and exercise their right to education, security, work and entertainment.”

According to Bravo, digital infrastructure saves lives — and could save even more lives during a pandemic where governments have been relying on technology to track the spread and doctors utilize telemedicine to diagnose patients at a distance.

In Mexico, health workers in areas where without internet or low connectivity worry this digital gap is making their jobs harder.

Dr. Fidel Torres is a doctor who works in mountainous villages in southern Mexico. He hears people say the virus is not real.

Related: Farmworkers are now deemed essential. But are they protected?

“Many [village residents] still think the disease is a government invention. ... We do our job of providing information and trying to convince them."

“Many of them still think the disease is a government invention,” said Torres, who sometimes has to wait a day to make a phone call due to bad cellphone reception. “We do our job of providing information and trying to convince them,” he said.

With 63 confirmed cases in Oaxaca state, the number is relatively low. But widespread contagion could be fatal in a state where 66% of the population lives in poverty with a lack of sufficient doctors, equipment and health infrastructure.

Duma Alavez is one of two nurses and a doctor working in Malpica, a small community in Oaxaca state with less than a thousand people. Alavez said residents from other towns in the larger municipality of roughly 30,000 also make their way to her clinic.

“We don’t have the resources necessary to handle a high level of COVID-19 infections,” she said.

Rural radio stations not only provide critical health information, but they also serve as the only means of communication for people in areas with bad cellphone reception. Listeners send messages to family members in areas with spotty reception to communicate a time and place to pick up a call in an area with better service.

Amarillas said her radio station is responsible for their communities throughout the COVID-19 pandemic.

Bridging the digital divide in Mexico will take political will, commitment from telecom companies, investment in new technologies and infrastructure and increased digital literacy.

“When information is given in your native language,” Amarillas said, “that’s when it reaches us the most.”