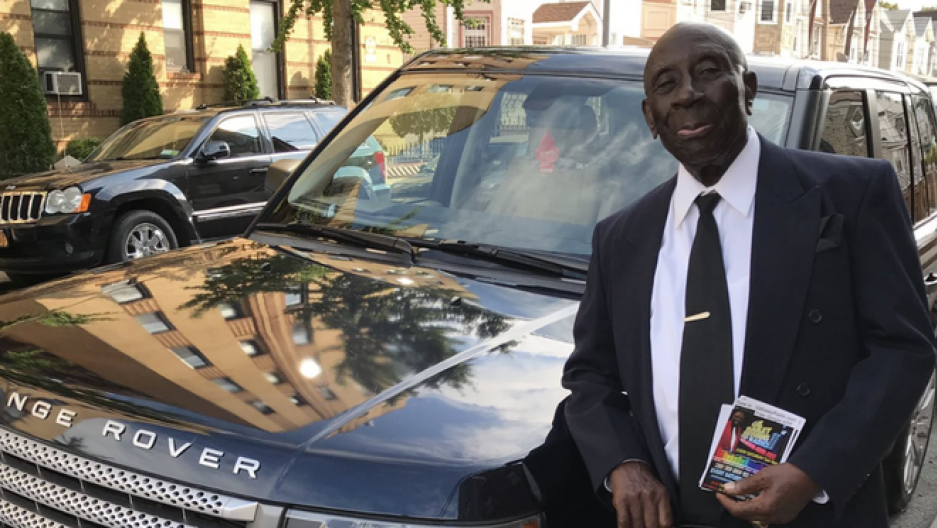 Broadcast legend Gil Bailey, who brought Caribbean music to the tri-state area and whose career spanned 50 years at four different local radio stations, died of COVID-19 earlier this week at the age of 84.

“Shortly after midnight, my mom lost her father. It hurts that she wasn’t able to be by his side while he passed away, due to he contracted COVID-19 and had been isolated.”

Known as the Godfather of Reggae Radio, Bailey was born in Jamaica in 1936 and got his start as an MC in London before moving to New York. In 1969, a friend at a Mount Kisco radio station invited him to stop by, said Sharon Gordon, a longtime friend, journalist and broadcaster who’s also part of the Midnight Ravers on WBAI.

Back then, reggae hadn't hit the mainstream yet. Bailey brought it to white audiences and also tapped into the Caribbean diaspora, which could only hear the music at house parties and bars.

“We all grew up listening to Gil Bailey at nights,” Gordon said. She came to New York from Jamaica as a teenager in the 1970s and recalled hearing songs on Bailey’s show and shopping for them the next day. She said Bailey became so popular he was the first to play new tunes by Michael Rose, Beres Hammond, Maxi Priest, Dennis Brown and more.

She recalled hearing “Smile Jamaica” by Bob Marley and the Wailers before it appeared in record stores.

“Gil played it. And I remember going up to Utica Avenue to Joe Gibbs records looking for that song,” she recalled. “And nobody knew the song I was talking about.”

#RIP #GilBailey ....every Saturday morning growing up my parents would be up blasting the Radio to the Gil & Pat Bailey Morning show 🙏🏾 🎙

Gordon said Bailey and his wife Pat, who produced his shows, promoted more than musicians. Local Caribbean businesses, from bakeries to barber shops, got valuable exposure. Gordon worked for the Baileys in the early '90s doing a Caribbean news segment and selling sponsorships. She said other DJs imitated his style, but some didn't care for it.

“There were those who, who cringed to hear the patois, the raw Jamaicain patois,” she said, laughing heartily. But Bailey often said he was proud of his Jamaican roots.

“They are my people,” Bailey said of his listeners, during an interview with the late Eion “Dreadless Ras” Saunders, in which he described his 9-hour, marathon Saturday shows on WPAT. “If you’re not doing something you’re enjoying, please don’t do it.”

Reggae singer Mikey Jarrett told Jamaica’s The Gleaner that he helped Bailey get artists for his shows in the 1970s. “Back in the day, everybody said Gil Bailey never sound like a radio personality because he was just down to earth with his natural talking,” he said. “Gil said he was the president of reggae music and do him ting.”

After his wife died in 2016, Bailey took a break from broadcasting. He returned with a weekly gospel show on an AM station — another musical trend he helped to popularize, said Gordon. His last show was in March. Tributes are pouring in on social media from music labels and fans.

We are saddened by the loss of radio pioneer #GilBailey from COVID-19 yesterday. Gil was a true visionary and his work in bringing reggae, calypso, and soca music to the public through his multiple radio shows over his career helped to popularize Caribbean music. RIP 🙏💛 pic.twitter.com/UBMweuE5wU

#RIP🙏🏿 #GilBailey Taking time and a moment to pay my regards to Gil Bailey. Yesterday, the veteran radio broadcaster lost his fight with #Covid19. Many of us in Caribbean radio know what a legend, and pioneer he… https://t.co/DFo34hJxw3

Beth Fertig is a senior reporter covering immigration, courts, and legal affairs at WNYC. You can follow her on Twitter at @bethfertig. This story was originally published by Gothamist.