Back in early March in Toronto, André Valleteau went out for drinks with his friends over the weekend. On that Sunday, he spent the day at a work event. But by Monday morning, he was feeling exhausted.

On Tuesday, “I was starting to have a bit of itching at the back of my throat,” Valleteau said. “And then, I got a call from public health just letting me know I was in contact with someone who had tested positive” for the coronavirus.

Related: Millions of South Korean voters head to the polls amid COVID-19 pandemic

Valleteau immediately self-quarantined. His fatigue continued, and he developed a persistent cough and a migraine. The most difficult part of the experience was the isolation.

Valleteau turned 27 during his quarantine. He celebrated alone, but his aunt and uncle and some friends dropped off two full cakes for him. (Nearly a month later, he still has cake in his fridge.) 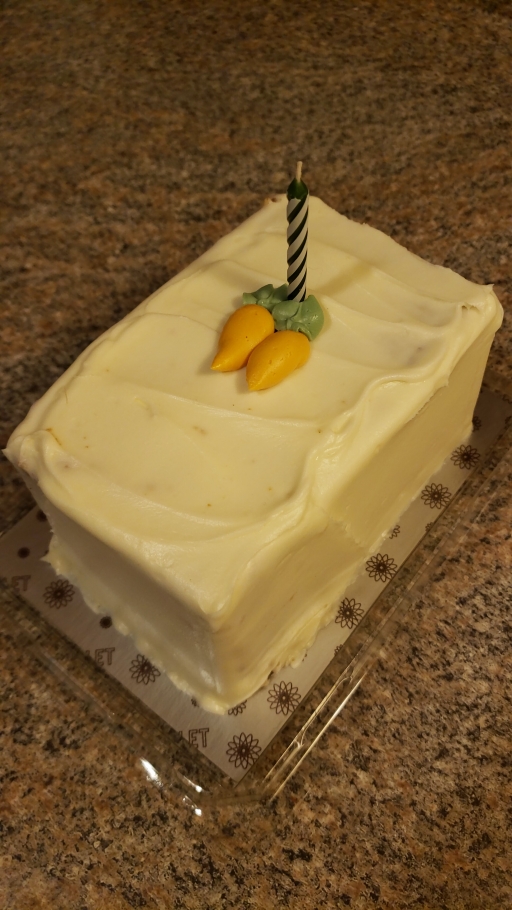 One of the two cakes that André Valleteau received for his birthday as he fought off COVID-19 alone in his apartment. The other was chocolate.

Gradually, Valleteau made a full recovery and ended his quarantine, though Toronto has been under lockdown since mid-March. His thoughts then turned from his own care to something bigger — as someone in the health care field, he wondered whether there were any researchers in need of blood from people who had successfully defeated COVID-19.

“I really wanted to be able to play my part in this,” he said, “and just help in any way that I possibly could.”

Valleteau didn’t have to go far. Just across town, at the University of Toronto, a research effort led by Mario Ostrowski, an infectious disease doctor, was underway. After a person recovers from a COVID-19 infection, their immune system has likely produced enough antibodies to protect them from subsequent infections.

“And if we can harness these antibodies,” Ostrowski said, “you might be able to use them as an immunotherapy and neutralize the virus.”

Doctors in China and the US have transfused antibodies from recovered patients directly into the blood of people with severe cases of COVID-19. But Ostrowski is talking about something different. He and his collaborators want to identify the genes that encode these antibodies and use them to mass produce lab-grown versions. Those would then be turned into a drug to treat the infection.

This elegant idea has a history. The first Nobel Prize in physiology or medicine was awarded in 1901 for the use of antibodies made in a horse to treat diphtheria in humans. Today, antibodies synthesized in the lab are used in Ebola and cancer treatments, and — if Ostrowski has anything to say about it — they could help win the fight against the coronavirus. But the first step is collecting the right antibodies.

Inside Ostrowski’s research facility a couple of weeks ago, nurse Megan Buchholz scanned André Valleteau’s arm for the right vein.

An intravenous tube draws blood from one arm, routes it into a machine with a tiny centrifuge that removes white blood cells and other immune cells, and then snakes the remaining blood back to the other arm, Ostrowski explained. This procedure, called leukapheresis, is a way of extracting only the immune cells. 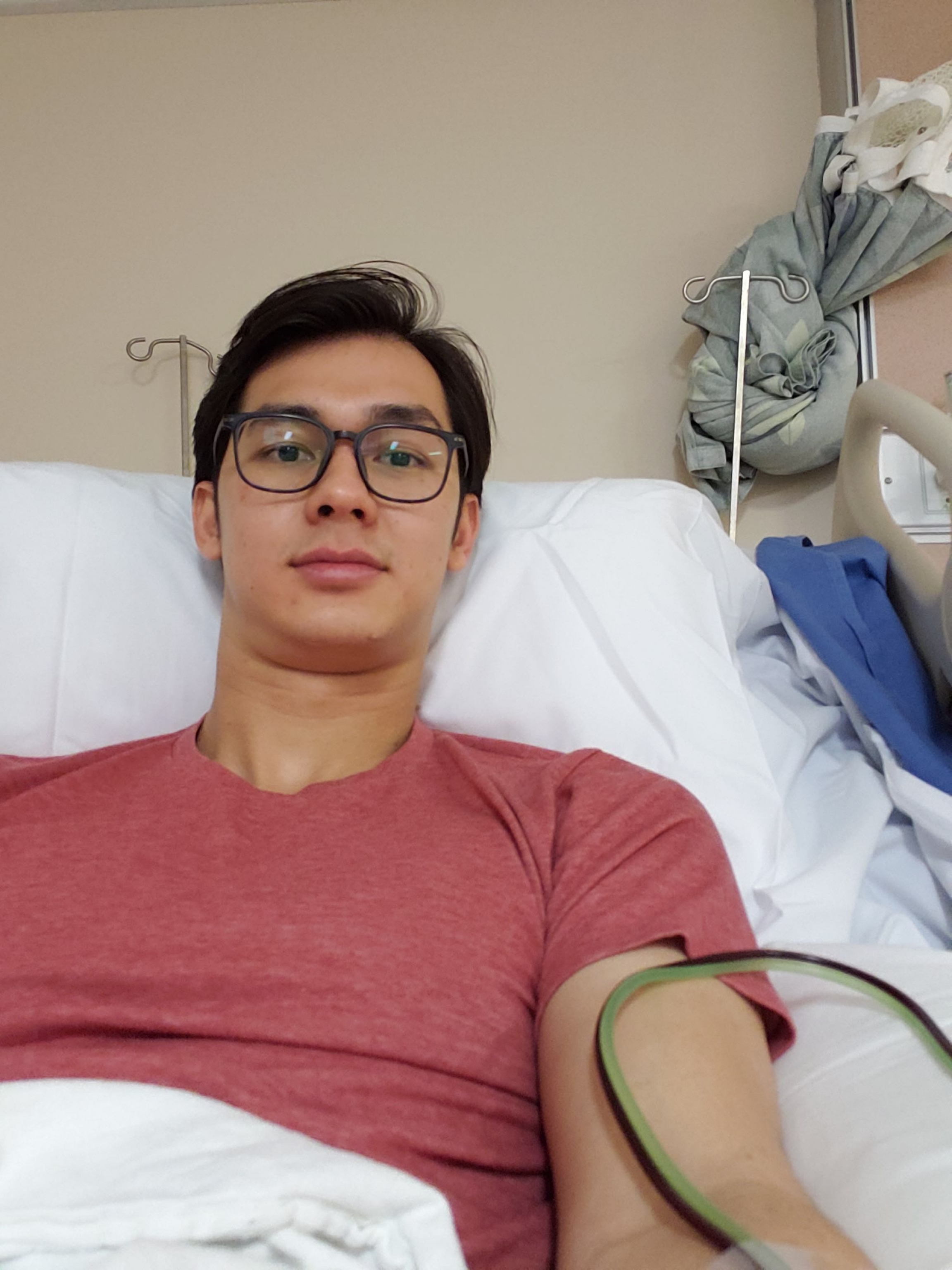 André Valleteau undergoes a leukapheresis procedure where several billion of his immune cells are extracted.

“Just a really quick pinch,” Buchholz said. “This is like if you’re donating blood.”

And just like that, the two-hour procedure began. By the end of it, Valleteau had contributed about five tablespoons of plasma, and several billion immune cells. “Because there’s so many,” Ostrowski explained, “we can distribute them to labs all over the world and they can do very extensive analyses on those samples.”

"Your body makes tens of thousands, if not hundreds of thousands of antibodies to a virus. And typically, they do work in concert — it’s almost like a musical orchestra or ensemble.”

One of those labs is the Vanderbilt Vaccine Center in Nashville, Tennessee. “Your body makes tens of thousands, if not hundreds of thousands of antibodies to a virus,” said Dr. James Crowe, who directs the center. “And typically, they do work in concert — it’s almost like a musical orchestra or ensemble.”

Crowe and his team sifted through several thousand antibodies isolated from the blood of four patients in Toronto, Canada, Seattle, Washington, and Madison, Wisconsin. It’s like searching through an orchestra of thousands of instruments for the one playing just the right melody — one powerful enough that it could be made into a drug to treat COVID-19 by itself.

“What we really want,” Crowe said, “is just one or two antibodies that in and of themselves can do everything needed to prevent infection, and then it’s game over for the virus. We need the antibodies not just to find the virus, but they need to interrupt some part of that virus life cycle.”

The antibody Crowe is after might block the coronavirus from docking to our cells in the first place. Or even if the virus does manage to attach, the antibody might prevent it from penetrating the cells and replicating. This approach is just one of roughly 200 efforts across the globe to develop drugs or vaccines to thwart COVID-19, which includes everything from the novel RNA vaccine that entered clinical trials last month to more traditional approaches involving inactivated viral particles.

Wendy Wobeser is an infectious disease specialist at Queen’s University in Ontario, Canada. She’s a colleague of Ostrowski, but isn’t involved in the antibody research.

“Whether this will directly result in a therapeutic, I think it’s a bit early for most people. I’d be cautiously optimistic that it will give some benefit. It’s going to be a challenge to actually get it rolled out.”

“Whether this will directly result in a therapeutic, I think it’s a bit early for most people,” she said. “I’d be cautiously optimistic that it will give some benefit. It’s going to be a challenge to actually get it rolled out.” 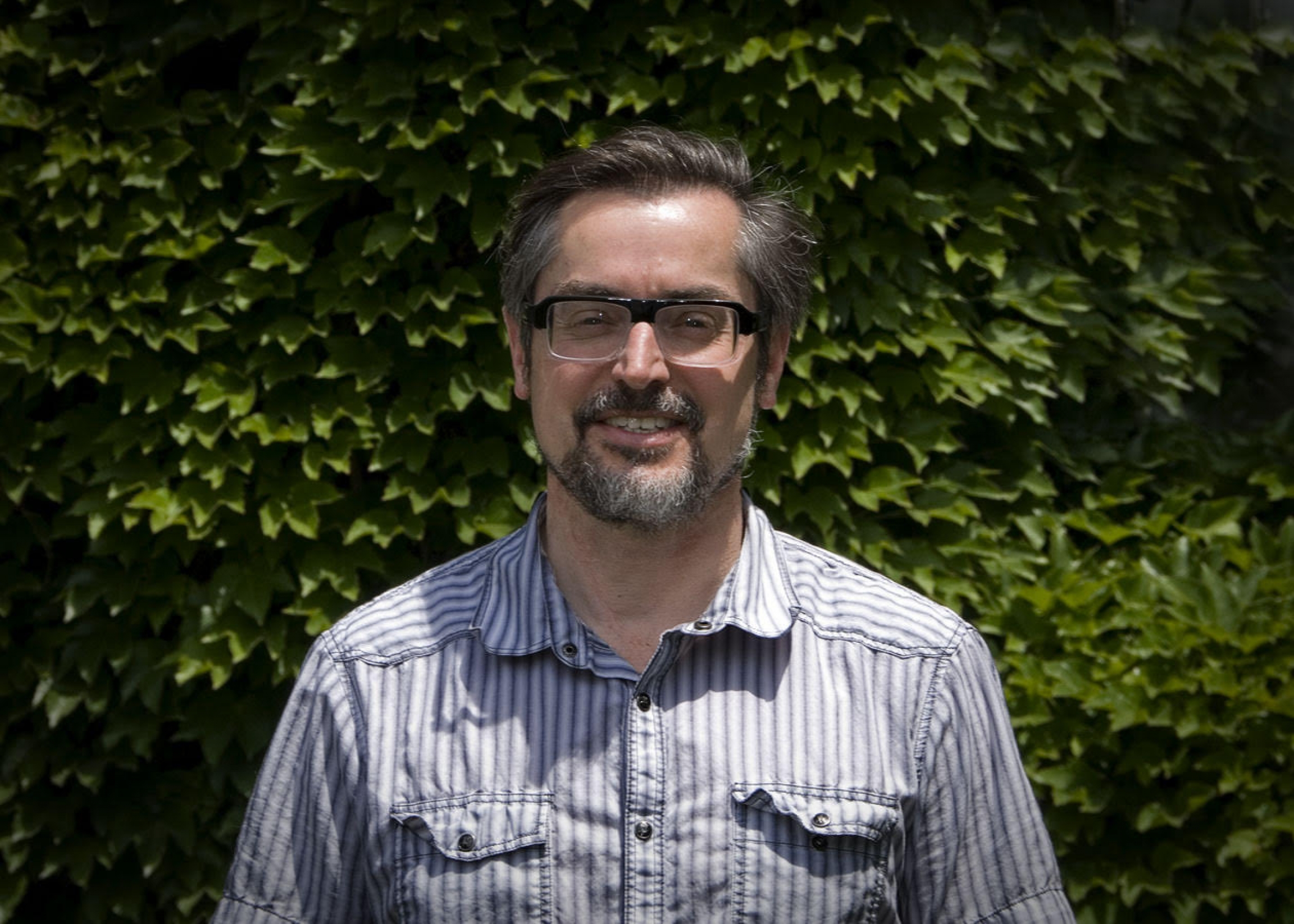 Mario Ostrowski is an infectious disease doctor at the University of Toronto who is harvesting antibodies to be used in research for a possible therapy against COVID-19.

And that’s because only a small number of research efforts like this one actually clear all the hurdles to become an approved drug.

But at Vanderbilt, Crowe has already found a few promising antibodies that his partners are currently preparing for clinical testing. He and his research team should know if one of these antibodies is safe in humans within six to eight months, which is really fast. The people doing this work are moving at a breathtaking pace.

“It’s not even a choice. It’s something that I have to do,” Ostrowski said. “I feel this is a duty to society to use my talents to help solve this [pandemic].”