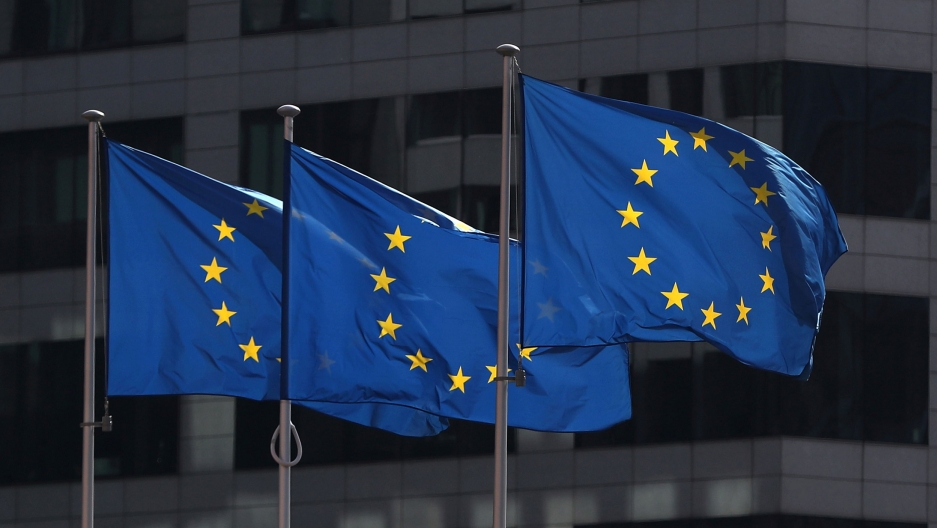 The European Union has been criticized for not acting vigorously enough to set up a coordinated response to the novel coronavirus, instead leaving national governments to plan their own response to the global public health crisis.

Top European scientist Mauro Ferrari has argued the bloc should have pursued a more unified approach. He resigned last week in protest from his post as president of the European Research Council, saying he was "extremely disappointed by the European response." Ferrari became head of the ERC for a four-year mandate on Jan. 1.

He cited institutional resistance and bureaucratic infighting in the EU's complex structures to his proposal for a big scientific program to fight the coronavirus.

"I arrived at the ERC a fervent supporter of the EU ... The COVID-19 crisis completely changed my views," the statement said, referring to the respiratory disease caused by the novel coronavirus.

The ERC, however, said in a statement it regretted Ferrari's comments on his resignation, which it said were "at best ... economical with the truth." The body said it had asked Ferrari to resign on March 27, citing his lack of understanding of the ERC's role — and claiming that he engaged in personal and external activities instead of being fully involved in the work of the EU agency.

Absolutely blistering statement from ERC Scientific Council on Mauro Ferrari.
*Accusing him of being "at best .. economical with the truth" in account of resignation.
*All 19 active ERC members say they asked him to resign on 27 March, b/c he did not understand ERC mission. pic.twitter.com/f8omOSgNYf

It also said it rejected Ferrari's proposal to fund a special initiative on COVID-19, saying it was outside the ERC's remit. The ERC was established in 2007 to fund top European scientists; it had a budget of $2.02 billion in 2018. It awards grants to projects proposed by experts — rather than following political directives.

The World's Marco Werman spoke with Ferrari about his resignation and the challenges surrounding the European response to COVID-19.

Marco Werman: Professor Ferrari, you wrote in your statement of resignation that you're "extremely disappointed by the European response" to the pandemic and that you've lost faith in the system itself. What is the problem with the EU's response in your eyes?

Mauro Ferrari: Of course, the response to coronavirus is an extraordinarily complicated, multifaceted problem for everybody, no matter where we are in the world. And science — and this is the No. 1 point I want to make — science needs to be the foundation for the response. How do we get the data to make sure that the policy decisions are based on science? It requires very coordinated and collaborative programs in sharing of data among different countries, regions, cities, you name it. Now, Europe has done a number of good things. Unfortunately, their ability to share information with each other has been limited.

What has limited that collaboration?

If you look at the reasons for my resignation, of course this consideration about the public health care response was one consideration, indeed. And the reason for my resignation was that I thought the European Research Council needed to have a special program dedicated, of course, to the COVID-19 response, discovering the new science frontiers, because we have a very limited amount of scientific information about this virus. So, I called for a special program dedicated to this, that would be very strongly interdisciplinary to come up with true breakthrough solutions. And unfortunately, the proposal for the program was voted down unanimously.

Not only was that suggestion of a scientific program to combat the virus shot down unanimously, the European Research Council also requested your resignation. You also resigned yourself. What was their reasoning, though? I mean, why didn't they want this plan?

The European Research Council prides itself on being the champion organization of what is known as "bottom-up science," meaning that, rather than specifying what topics are the focus of the various programmatic initiatives, say, COVID-19 or poverty, they simply encourage the best scientists to submit their proposals and then convene panels of experts to decide which ones are most exciting and most promising. By converse, top-down science means that you assign a specific topic and you say give me your best proposals in this topic. And I was not advocating that that should change. I was just advocating that we should add on top of that some programs that would be top down on COVID-19, so that this great wealth of scientific excellence could be brought to bear. There is such a huge need for this health care crisis — potentially of unprecedented proportions in the history of humankind — that we need to roll up our sleeves and get the job done. No matter what we do in our regular lives, now's the time for an emergency response.

Do you think it suggests that there is an unwillingness across Europe to collaborate?

The world of science likes collaboration, and that I've seen pretty much everywhere. However, it is true that I think we have seen a bit of a reversal in Europe. We have seen that really become dramatic at this time of the coronavirus crisis, with countries that have been working on breaking down barriers and borders for all these years, all of a sudden setting up unilateral barrier and border restrictions and travel restrictions against one another — almost a reversal to medieval times, you see, in some ways. So, I think in this time of stress, Europe has to reversed to a much less unitary, I think, approach to everything.