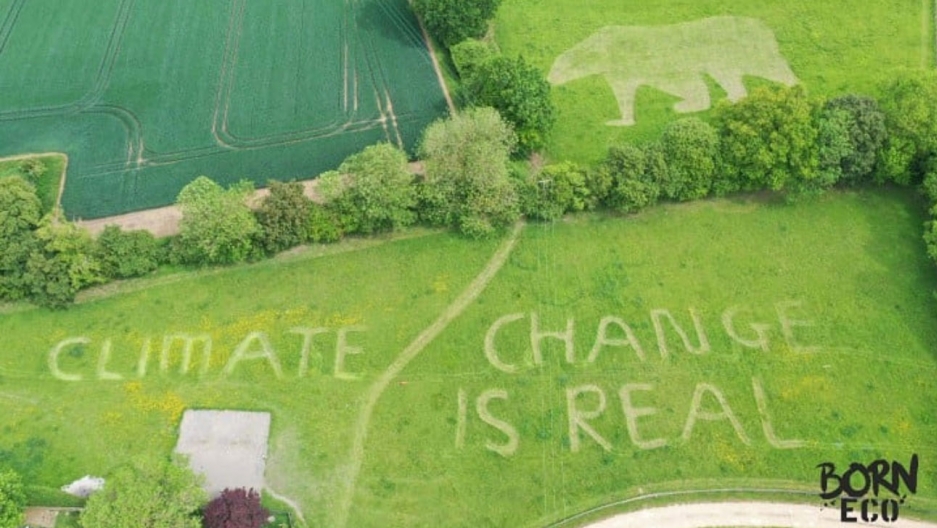 Art student, Ollie Nancarrow, 18, mowed a message for Donald Trump "climate change is real" alongside a massive polar bear into grass underneath the US president's flight path to London, June 3, 2019.

When you ask David Michaels if the US government has been getting better or worse when it comes to putting human lives above corporate interests, his verdict is loud and clear.

If you consider the countless regulatory rollbacks by the Trump administration, it might be tempting to think of the Obama administration as, “the halcyon years of government work,” but that is not true, said Michaels who led the Occupational Safety and Health Administration for President Barack Obama.

He points to the early 1970s, when OSHA was established and the Clean Water Act and the Clean Air Act were adopted, as the golden years of government regulation. In more recent times, Michaels blames Democrats and Republicans for underfunding agencies that have important oversight roles, including the Federal Aviation Administration. Its failings with the handling of Boeing’s deadly 737 MAX jets happened because the FAA lacked staff with expertise and “abdicated and outsourced safety oversight to the Boeing company,” he said.

Human health has long played second fiddle to economic interests, according to Michaels, which has been evident in the government’s response to the coronavirus pandemic. He said it was on display when President Donald Trump tweeted out complaints in capital letters about the financial costs of social distancing, warning, “WE CANNOT LET THE CURE BE WORSE THAN THE PROBLEM ITSELF.”

“This example couldn’t be more clear. We need to be saving lives,” said Michaels, currently a professor at the George Washington University School of Public Health. “And if the economy is going to suffer for a while, we have to make sure that people aren’t additionally hurt by having no income.”

The epidemiologist hopes that the government will provide greater income support for those who have lost their jobs. He has also called on the Trump administration to do more to protect health care and other essential workers from COVID-19 and to use OSHA to issue an emergency temporary standard. But the administration and the Senate have blocked legislation that would require the agency to do that.

Why hasn’t the administration embraced regulations to create safe working conditions for those on the front lines of the pandemic? The system appears to have been disregarded, much like the infectious disease specialists who sounded the alarm about preparing for a coronavirus outbreak were initially ignored.

And that is no surprise to Michaels, who has written about the government’s growing rejection of science in his book, “The Triumph of Doubt — Dark Money and the Science of Deception.” In a nutshell, large contributions to campaign coffers have made it easy for some politicians to listen to what their donors wish them to believe, rather than the truth, according to Michaels.

If there is a silver lining to the current crisis, Michaels believes it will be a new understanding of the importance of science and a wholesale rebuilding of our public health infrastructure and our regulatory system.

“We shouldn’t just go back and say, ‘Well, we were doing it fine before, let’s just give it some more money and it will do fine,’ ” he said.