Buried deep inside the United States’ peace plan for Israelis and Palestinians is a short paragraph that could have a huge impact on people like Jamal Majadleh.

Majadleh grew up in the town of Baka al-Gharbiyeh, located in what Israelis called “the Triangle”: a cluster of Arab towns and villages located along the Green Line — or the pre-1967 borders of Israel — near the West Bank. The area is a heartland for Arab citizens of Israel.

Under US President Donald Trump’s “peace to prosperity” plan, released in late January, Israel’s borders would be redrawn “such that the Triangle Communities become part of the State of Palestine.” If that part of the plan is implemented, some 350,000 Israeli Arab citizens could lose their citizenship. They would not relocate, but they would become citizens of the Palestinian Authority. 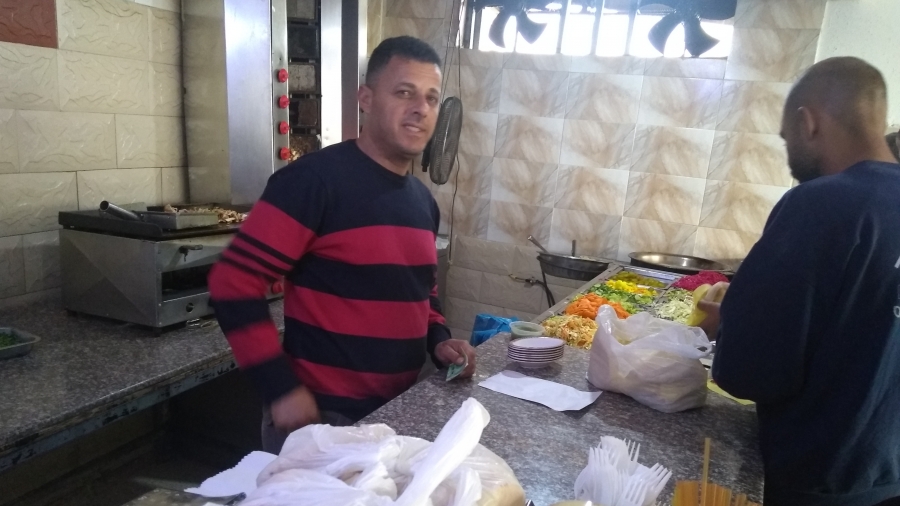 Falafel at the Fence café in Baka al-Gharbiyeh.

“I don’t want to go to the Palestinian Authority to not have a future."

“I don’t want to go to the Palestinian Authority to not have a future,” Majadleh said. He grew up in a prominent family in Baka al-Gharbiyeh, where he served as interim mayor. “I want [to] stay here, and want to stay here because I [was] born here, and [my] father and grandfather. I don’t move to another state.”

That sentiment is shared by many Arabs living in the Triangle. Like Majadleh, they believe the semi-autonomous future state of Palestine proposed in Trump’s plan will not be sustainable and will not properly fulfill aspirations for self-determination.

Trump unveiled his plan in a ceremonial press conference at the White House earlier this year, alongside Israeli Prime Minister Benjamin Netanyahu. The Palestinian Authority did not attend the ceremony and rejected the plan, arguing it is biased and one-sided in favor of Israel.

The plan states that people in the Triangle “largely self-identify as Palestinian.” There’s some truth to that. Many people living in the Triangle make a point to correct anyone who refers to them as “Arab Israelis,” as most Jewish Israelis call them, and rather self-identify as “Palestinians living in Israel.” But they see no contradiction in identifying as Palestinian while still holding Israeli citizenship.

Muhammad, a 19-year-old who works at a bakery in Baka al-Garbiyeh, and asked The World to withhold his last name, said he identifies as both Israeli and Palestinian — but that Arabs living in Israel face a lot of discrimination.

“There’s racism. ... But the way to overcome it is to include Arabs in life here. To live together. That’s what will make peace.”

“There’s racism,” Muhammad said in flawless Hebrew. “But the way to overcome it is to include Arabs in life here. To live together. That’s what will make peace.”

‘A stranger in your homeland’

Israel’s Arab citizens make up 21% of the general population of 9 million people. They are the largest minority in the country.

Before the Trump administration issued its peace plan, the Israeli government passed a so-called “nation-state law,” a mainly declarative bill that emphasizes Israel as the nation-state of the Jewish people. Critics say it favors Israel’s Jewish identity over its democratic nature and essentially makes Arabs second-class citizens.

“I see this plan as a continuation of the nation-state law,” said Rinad Jbara, a lawyer and the head of Tishreen, a nonprofit that works with Arab youth in Taybeh, another town in the Triangle. 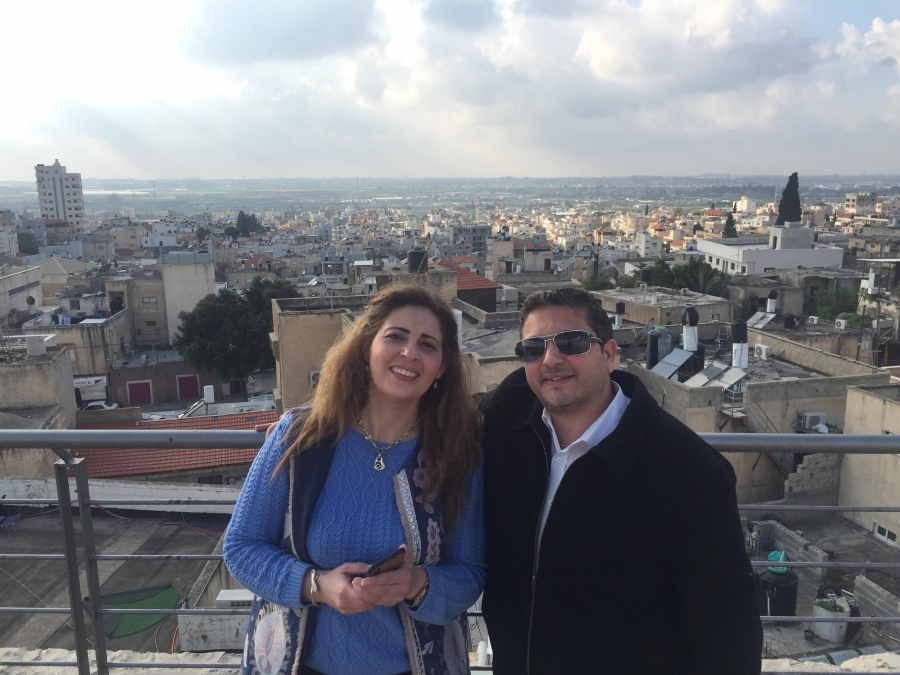 Rinad Jbara and her husband Rafiq in Taybeh.

“It’s an attempt to downgrade the Palestinians living in 1948 [borders] and treat them as second-class citizens,” she said, referring to the year the British rule over Palestine ended and the independent Jewish State of Israel was founded. “I see it as a prioritization for Jewish character of the state of Israel. So, how can it be a Jewish state with democratic values? It’s a contradiction.”

Jbara’s personal story exemplifies the complications for many Arabs living in Israel. She is married to an Arab-Israeli lawyer and together they settled in his hometown of Taybeh, where they’re raising four kids who all have Israeli citizenship. But Jbara cannot get Israeli citizenship because she was born in the West Bank.

She says Trump’s peace plan undermines the two-state solution, which is still seen by most of the world as the best way to resolve the Israeli-Palestinian conflict. Her colleague, Asil Matani, agreed.

Matani, a project manager at Tishreen, said that even though she has a good job and lives in a nice town, life in Israel as an Arab — especially one who self-identifies as Palestinian — is not easy. “It’s difficult because there is a lot of discrimination here,” she said. “You feel you’re strange in your homeland. You know that feeling? You feel like a stranger in your homeland.”

Matani said she would like to live in an independent Palestinian state one day. But she said that’s not what the Israeli government wants — and it’s not what the White House is proposing.

Opinions vary among Arabs in the Triangle as to how their future should look.

Jude Masalha, a 14-year-old student who lives in Baka al-Gharbiyeh, said he doesn’t want to give up his Israeli citizenship — even though he supports the idea of a future state of Palestine.

“I think that the conditions in Palestine are really bad and because of that, I may choose Israel,” he said. “Not because I love Israel, but because why would I suffer like the other Palestinians? And if I stay in Israel, maybe I could help the Palestinian people more.”