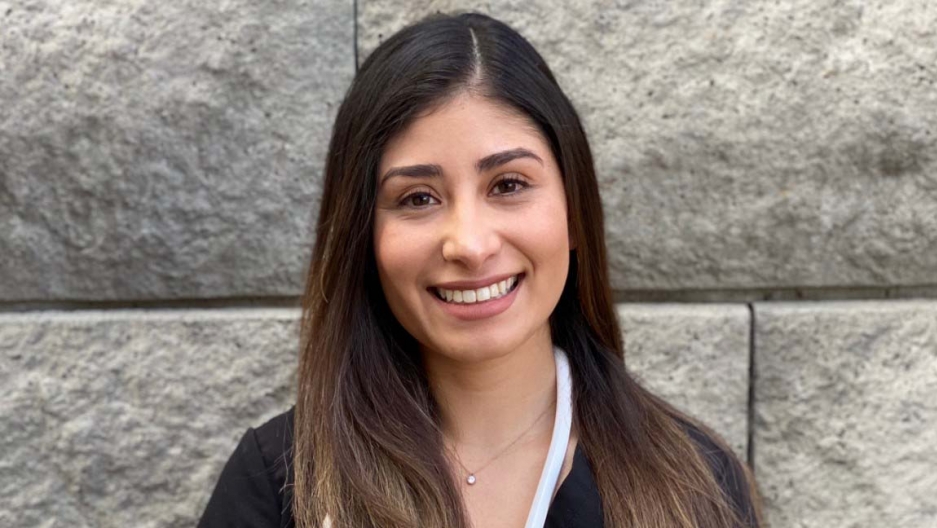 Jessica Esparza has spent the past few weeks caring for COVID-19 patients in the intensive care unit at Central Washington Hospital and Clinics in Wenatchee, about two hours east of Seattle. She cares for intubated patients, constantly checking their vitals and managing their medications.  She said the work is mentally, physically and emotionally grueling.

"I think my anxiety to go to work has jumped, you know, way, way up there," she said. "All of a sudden, it's like here's a pandemic and we don't really know exactly where this is going to go."

Working in the ICU during a pandemic is not the only thing giving her anxiety. Esparza’s very future in the United States is precarious: She is one of roughly 700,000 beneficiaries of Deferred Action for Childhood Arrivals, or DACA, an Obama-era program that provides work permits and protection from deportation to undocumented immigrants who were brought to the US as children. They could eventually lose their work permits and protections if the US Supreme Court rules the Trump administration has authority to end the program. The justices could rule any week now.

For DACA recipients who work in health care, the uncertainty is an extra layer of stress as they work through an already stressful situation.

“It is scary to think that I could potentially not be able to work as a nurse, especially at a time when all of this is needed.”

“It is scary to think that I could potentially not be able to work as a nurse, especially at a time when all of this is needed,” said Esparza, who joined the ICU in March. “If all of a sudden I don’t have a work permit, I don’t know. I can’t legally work as a nurse. So, I’m not sure where that leaves me.”

The Trump administration announced in September 2017 it would phase out DACA by 2020, but lower courts kept it in place temporarily. The Supreme Court heard oral arguments in November.

Advocates for DACA recipients said a ruling ending the program would be disastrous — especially as the nation grapples with a public health crisis. Nearly 30,000 DACA recipients work as health care professionals, according to the left-leaning Center for American Progress. They include doctors, nurses, technicians, aides and other medical support staff.

“We think that a decision right now that upheld the termination of DACA would be catastrophic for … not just DACA recipients and their families, but for the nation,” said Muneer Ahmad, a Yale University clinical law professor and co-director of Worker & Immigrant Rights Advocacy Clinic, one of the group's challenging the Trump administration's termination of DACA.

US officials are predicting a surge of patients who will need critical care in parts of the country. Advocates say health care professionals with DACA are more crucial than ever as officials worry about having enough beds, equipment and health workers to battle the coronavirus. New York has called on retired health care workers to return to work. California launched an initiative to expand the state’s health workforce by calling on all professionals with an active health license and asking them to become members of a medical disaster response team. And there are efforts to allow medical and nursing students to graduate early so they can be put to work.

An estimated 200 active physicians, medical students and residents depend on DACA to be able to study and practice medicine in the US, according to the American Medical Association.

“This pandemic will continue to demonstrate that these individuals who are providing care continue to be important to our nation’s health system,” the AMA’s president, Patrice A. Harris, said in a statement.

Even before the pandemic, there was a shortage of doctors and nurses in the US, especially in rural areas, according to Mark Kuczewski, a professor of medical ethics at Loyola University Chicago Stritch School of Medicine. DACA health workers are key during the current public health crisis, he said, because they have the life experiences and language skills to reach people in vulnerable communities — places hit hard by the disease.

“They understand the immigrant experience. They're bicultural, bilingual who can get the trust of these communities.”

“They understand the immigrant experience,” Kuczewski said. ”They're bicultural, bilingual who can get the trust of these communities.”

Related: DACA recipients won’t go back into the shadows quietly

On March 27, lawyers representing DACA recipients submitted a letter asking the Supreme Court to consider arguments made during the November hearing through the lens of the current pandemic. Last fall, during oral arguments, they argued the federal government failed to consider how public and private sectors have an interest in continuing the DACA program.

“The letter that we sent highlights the ways in which those arguments are in even sharper relief, because we see quite clearly now how much health care providers are reliant on the 27,000 DACA recipients, and the ways in which they can't afford to give up a single person who is willing and capable of working to help combat the pandemic,” Ahmad said.

The US government, meanwhile, said in November’s oral arguments DACA was a “temporary stopgap measure that, on its face, could be rescinded at any time,” and that the Trump administration’s approach to immigration provided “more than a reasonable basis for ending it.”

Esparza came to the US from Mexico when she was 11 years old. Her father already lived in Washington state and worked in farm fields. He would only see the family every two years and felt that it was better for the family to have Esparza and her mother and sister join him.

From the time she was little, Esparza always wanted to go into medicine. Her grandfather in Mexico died of a heart attack, but she felt it was because of lack of education. This motivated her to get into health care, she said.

As Esparza grew up in the US, she knew being undocumented would limit her options for a career. DACA was announced in 2012, when she was 19 years old. It was a lifesaver, she said. Without DACA, Esparza wouldn’t have been able to get a license as a nursing assistant, which would eventually lead her to becoming a registered nurse.

Related: DACA recipients saw their mental health improve. Now, advocates fear its end will have the opposite effect.

Still, since she wasn’t eligible for federal financial aid as an unauthorized resident, she babysat, cleaned houses and even picked berries in the fields to support her studies.

“I think overall, a lot of the Dreamers … we feel like this is our country and it would be insane to consider that potentially we could be sent back to a country that we have not been a part of for a very long time,” Esparza said.

Dr. Jirayut “New” Latthivongskorn migrated from Thailand with his family when he was 9. He went into medicine with the goal of helping patients from underserved communities. He is one of the plaintiffs in the Supreme Court case.

Today, he’s a first-year resident at Zuckerberg San Francisco General Hospital and Trauma Center. He’ll soon work in the emergency room where he expects to treat people who have the coronavirus. He said the administration and the Supreme Court should acknowledge the contributions of health workers at this time and at the very least, allow DACA to continue.

“Most of us, [who] go into health care work are driven by a true passion to serve and care for others. For our country to then not really have our back and be questioning whether or not we should even be here in the first place, that's really unfortunate and cruel."

“Most of us, [who] go into health care work are driven by a true passion to serve and care for others,” he said. “For our country to then not really have our back and be questioning whether or not we should even be here in the first place, that's really unfortunate and cruel."

The work permit that Latthivongskorn got through DACA expires in August. He hopes to renew it soon and perhaps safeguard his ability to work if the Supreme Court decision rules against DACA. But the pandemic has introduced new challenges in the renewal process.

“And that’s another thing that’s up in the air,” he said. “Immigration has announced that they were closing offices during this time, so there’s angst about what that means for renewals for DACA.”

Denisse Rojas, a fourth-year medical student at Icahn School of Medicine at Mount Sinai (who is also working on getting her master’s degree in public health at Harvard University), said the looming DACA decision is “a dark cloud in the background.”

But she’s determined to help out during the crisis. When she’s not studying, she’s volunteering, waking up at around 6 a.m. to help the hospital obtain medical equipment. She also volunteers for a telehealth line, answering questions about the coronavirus from uninsured patients, sometimes in Spanish.

“I think I just feel so privileged to have this knowledge after four years in medical school,” she said. “But it really is a gift; you have this knowledge [and] to be able to share it with others is something really special. I think particularly people in need is where my heart is, and I think that's why I'm helping.”

Rojas and Latthivongskorn are co-founders of Pre-Health Dreamers, a network of undocumented students working toward a career in health care. Rojas and Latthivongskorn said they are also thinking about the entire undocumented communities, not just DACA recipients, who are disproportionately put at risk because they work in industries deemed essential.

“I'm thinking about everyone out there in the food industry, in the service industry, and doesn't have the privilege of working from home or staying home or have to think about child care,” Rojas said. “I mean, that is heartbreaking.”

Esparza, the ICU nurse in Washington, said she is taking the uncertainty day by day.

“There is only so much that is under my control. I can control the fact that I can go to work and care for patients. They don't care what my legal status is in this country,” she said. “They care about me taking care of them, and that's it.”