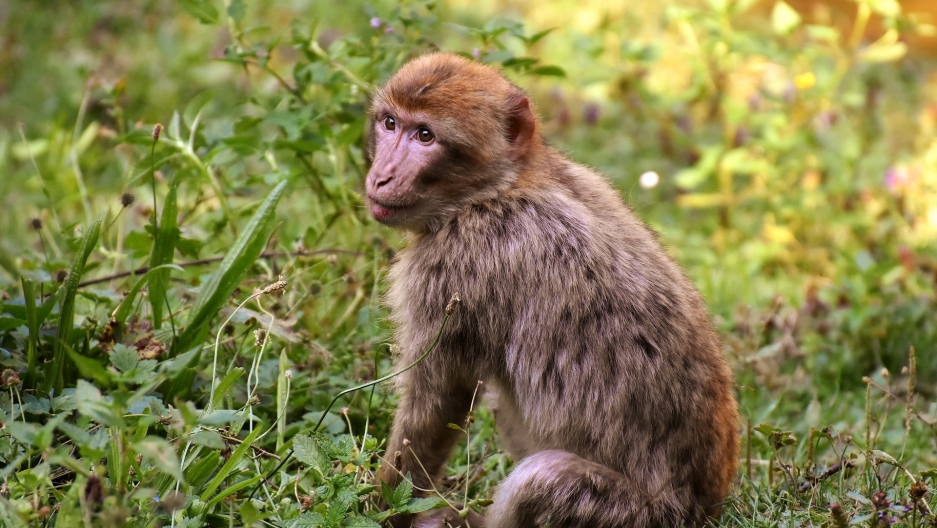 The population of Morocco's Barbary macaque (pictured above) has declined 70 percent since 1974. Worldwide, thousands of species of every kind are suffering similar losses. A recent UN report predicts up to a million species are at risk of going extinct in the coming decades.

As Earth experiences its sixth mass extinction and species disappear before our eyes, the United Nations and the Center for Biological Diversity have both released plans that address the extinction crisis and the closely-related problem of climate change.

The plans are a response to a recent United Nations biodiversity report that that concluded that as many as 1 million species are at risk of going extinct in the coming decades. The report found that humans are responsible for extinction rates up to 1,000 times greater than what would be expected without the influence of human behavior.

Related: Can Tulane University's monkeys help the global fight against the coronavirus?

The UN plan proposes a goal of no more net loss of habitat — marine or terrestrial — by the year 2030, followed by a secondary goal of setting aside 50% of the Earth as protected land by 2050, explains Tierra Curry, a senior scientist at the Center for Biological Diversity.

The UN established similar goals in 2010, which the world essentially ignored. This time, due to the pace of extinction, “it’s really going to take a ground shift of people not just carrying their own water bottle and changing their light bulbs, but really putting pressure on their governments to protect wildlife,” she said.

The plan proposed by the Center for Biological Diversity, called Saving Life on Earth, is far more ambitious. It calls for the United States government to declare the extinction crisis a national emergency. Doing so would allocate resources to address it, Curry said.

“We want the United States government to prioritize biodiversity protection, carbon sequestration and recreation on those protected areas and to protect even more areas.”

It also pushes the US to provide “actual protection” for protected public lands that are currently used for other purposes, such as fossil fuel drilling, logging and grazing, Curry said. “We want the United States government to prioritize biodiversity protection, carbon sequestration and recreation on those protected areas and to protect even more areas.”

The plan calls for the Endangered Species Act to be restored to its full strength and to add protections for all imperiled species, and for the Environmental Protection Agency to “adequately protect citizens from pesticides and other toxics, to move away from plastic entirely, to move towards plant-based plastics and to recycle all plastics, so that more plastic isn't entering the ocean,” Curry said.

In addition, the plan proposes the designation and protection of at least 1,000 more wildlife underpasses and overpasses so that animal populations can migrate and be connected.

“We're kind of at that pivotal moment again. Things are really bad and we really have to take national level action all the way down to local action and individual lifestyle action to protect [wildlife]."

Curry likens the current situation to the 1970s, when rivers were catching on fire. A national sense of urgency led to the passage of the Clean Water Act. “We're kind of at that pivotal moment again. Things are really bad and we really have to take national level action all the way down to local action and individual lifestyle action to protect [wildlife],” Curry said.

Related: China cracks down on wildlife trade amid virus outbreak

“[W]ildlife are so important, not just for the ecosystem services they provide — like cleaning the water, stabilizing the soil, pollinating your crops — but wildlife is part of who we are; they’re part of our stories, our language, our culture,” she said. “Almost everyone loves wildlife. So, we need to protect it for ecosystem services, but also for our own well being.”

“If we can get people to connect to that and to realize there is a problem, I think people around the globe will put pressure on their governments to step up wildlife protection, especially as things get so bad that everybody notices,” she said.

As things stand now, basically all types of creatures face the risk of extinction, Curry said: “Birds, insects, amphibians, reptiles, mammals, coral reefs — there isn't a single taxa that isn't at risk from this extinction crisis. Even common species — like vertebrate populations — are plummeting around the globe. We’ve killed off more than half of all vertebrate populations in the last 40 years and scientists estimate that between 10% and 40% of insect species are at risk of extinction.”

“Across the globe, there are so many issues now,” she said. “We could lose elephants in a couple of generations. There is a beautiful little porpoise in the Gulf of California called the Vaquita — it’s like a tiny dolphin — and there are less than 10 of them left. Across the globe, there are species [that] people have never heard of and species that are gorgeous, and that everybody loves, like elephants and giraffes and vaquitas, that are at risk of extinction.”

One of the most shocking things about the current extinction is how quickly it is occurring, Curry said. Many people, including herself, are old enough to remember how different things were just 20 or 30 years ago.

The good news, she says, is that for the most part, we know what's causing the problem: habitat destruction, exploitation, pesticides, and “the revolving door between the pesticide companies and the Environmental Protection Agency.”

“Once we identify what's causing a problem, if we can put enough pressure on our governments, then we can address that,” Curry said.

“I can't even think of a species that isn't threatened by climate change. That's how bad that problem has become.”

Biodiversity loss and climate change are related and interconnected, Curry said. When she started her job 12 years ago, “old-fashioned threats” such as mining and logging were a primary concern. “Now,” she said, “I can't even think of a species that isn't threatened by climate change. That's how bad that problem has become.”

But protecting species and the habitat they need in order to survive can also address climate change, she points out. Land set aside in the Pacific Northwest for the Northern Spotted Owl, for example, sequesters a huge amount of carbon in the form of old-growth forests. Desert plants and prairies are “incredibly efficient at sucking carbon out of the atmosphere and storing it in the soil,” so protecting species that rely on these habitats will also sequester tons of carbon.

“If we succeed in protecting 30% of lands in the next decade and 50% by 2050, all of that protected land is really going to help stabilize the climate,” Curry said. “So it's a win-win. We get to stay on the planet; more wildlife gets to stay on planet.”