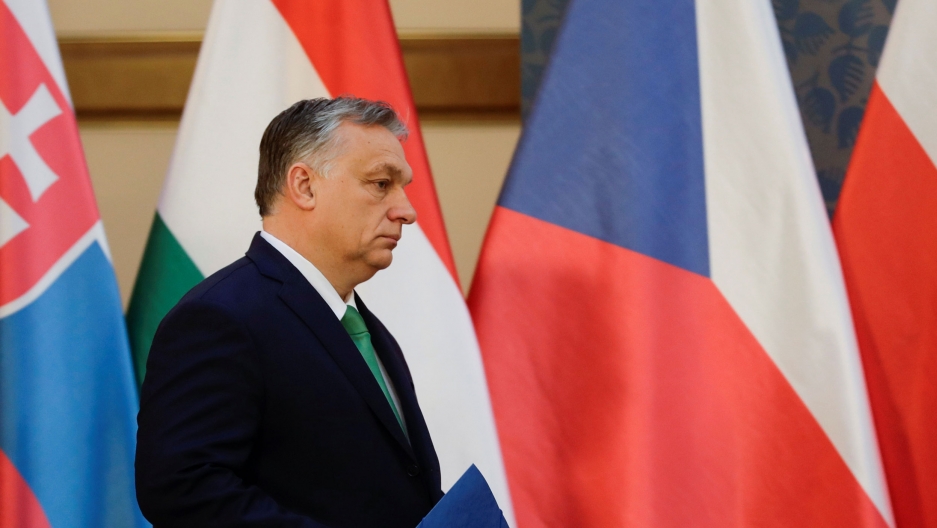 It’s hard to see an upside to the coronavirus, but if you’re a prime minister with leanings toward authoritarian rule, the virus may prove perfectly opportune. Emergency measures are being introduced in countries across the globe from lockdowns to the postponement of elections to suspension of court trials.

But Hungary has taken it one step further. Viktor Orbán’s government passed a law granting itself sweeping powers to tackle the virus, with no expiration date. Government spokesman Zoltán Kovács said it was no different from what is happening in states across the world.

“The same centralized measures are in place in Italy and Spain, in France, in the Netherlands, and other places. So Hungary is not experimenting with something special. These extraordinary measures are the routine today, all over the globe.”

But there is a key difference.

Those other countries have included a date or time period when the measures will be reviewed or revoked. In Hungary, there is no “sunset clause” — which is causing alarm among government opponents and activists. Márta Pardavi, the co-chair of the Hungarian Helsinki Committee, a human rights group, worries that the new law could go far beyond just protecting the public from the impact of the virus.

“The Hungarian government also, under this emergency mandate, can adopt basically any type of government decree. It can set aside laws. It can change laws. There is no, sort of, hard limits on the type of topics that these government decrees can touch on,” she said.

Orbán’s government was hardly a beacon of democracy before the pandemic hit. Over the last decade, he has set in motion measures to limit the power of the courts, erode press freedoms and put the work of civil society at risk. Pardavi said the government’s track record makes her uneasy about its future intentions.

“I think there's quite a cause for alarm, given how the Hungarian government in the past 10 years has really been on a course of dismantling strong checks and balances and creating an environment which actually assists the executive branch of government to do its job with the least hindrance,” she said.

The government has rebuked criticism over Orbán’s emergency law, saying parliament can revoke the powers at any time. But parliament needs a two-thirds majority to do so, and the opposition parties fall well short of that threshold.

It’s not just the lack of a time limit that concerns those opposed to the emergency ruling. The law also allows for five-year prison terms to be imposed on anyone found to be spreading “false” information about the virus. Critics worry that this could be used to silence government opponents and journalists. Senior editor at independent media outlet 444 in Budapest, Peter Erdelyi says he doesn’t think journalists will be arrested, but he does worry that they may begin to self-censor.

“You'll turn on the TV and you'll see people calling for the arrests of reporters and editors,” Erdelyi said. “And I think that will have a chilling effect. Even if people don't believe that they are going to get arrested, this will affect you.”

Related: These women are challenging Hungary's 'men in suits' politics

The official figure for those infected with the novel coronavirus in Hungary is lower than in many European Union countries. As of April 6, the government is reporting 744 cases and 38 deaths. But many fear the real numbers could be much higher.

Hungary’s creaking healthcare system has suffered from chronic underfunding for years and many of its qualified medics have left, seeking better wages elsewhere. Hungarians are worried about the state of their healthcare system. And a law that threatens imprisonment over comments about the virus may well be used to stifle public protest or dissent.

Hungary’s new ruling hasn’t gone down well outside of the country either.

“Viktor Orbán has completed his project of killing democracy and the rule of law in Hungary,” said Sophie in ’t Veld, a Dutch member of the European parliament, who chairs their Rule of Law Monitoring Group.

Republican member of the House of Representatives, Michael McCaul, added his criticism, calling it “shameful that PM Viktor Orbán is exploiting the coronavirus pandemic to seize dictatorial powers.”

The president of the EU Commission, Ursula Von Der Leyen, adopted a softer tone of rebuke. “Emergency measures in the corona crisis may be necessary, but these emergency measures have to be limited. I'm particularly concerned with the situation in Hungary. We will take action as necessary as we have already done in the past.”

But taking action against Hungary is complicated. Journalist Peter Erdelyi says Hungary takes little notice of EU criticism, but revoking funding would be one way to catch Orbán’s attention.

“The Hungarian economy is reliant on EU money and subsidies, and we are reliant on other EU economies. If this could affect EU subsidies Hungary could be getting, I think that could possibly have effects on their policies,” Erdelyi said.

Related: In Orbán’s Hungary, refugees are unwelcome and so are those who try to help

The challenge for the EU is that any move to withhold funding from its member states requires the support of other EU leaders and the European Parliament. Neighboring countries like Poland are unlikely to turn on Hungary right now, if only out of fear they could be next.

The EU is already battling criticism over its failure to help member states struggling to cope with the virus. If this is a power grab by Viktor Orbán, it’s one more headache, the EU could do without.