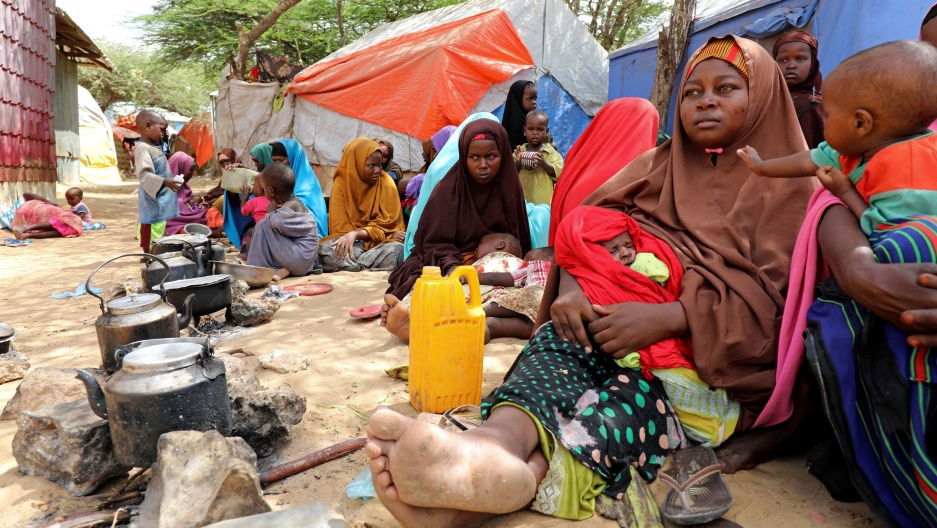 Somali families, displaced after fleeing the Lower Shabelle region amid an uptick in US airstrikes, rest at an IDP (internally displaced person) camp near Mogadishu, Somalia, March 12, 2020.

For more than a dozen years, the US has carried out hundreds of airstrikes in Somalia. The target: the militant group al-Shabab.

US forces have been fighting a decade-long struggle against the al Qaeda-linked militant group. The insurgency wants to overthrow Somalia's shaky, internationally backed government so it can rule using its own strict interpretation of Islamic law.

The US Africa Command, or AFRICOM, says airstrikes are a key weapon against al Shabaab, but Amnesty International says they also mistakenly target civilians.

The US admitted to killing civilians in an airstrike two years ago. The human rights watchdog now says it has evidence of two more airstrikes this year that also killed and injured civilians. AFRICOM said it was assessing the allegations and goes to great lengths to avoid civilian casualties, but Amnesty's report raises questions about US investigations.

Daphne Eviatar is Amnesty International's director of security with human rights. She spoke with The World's Marco Werman about the victims of US airstrikes and the need for meaningful investigations. 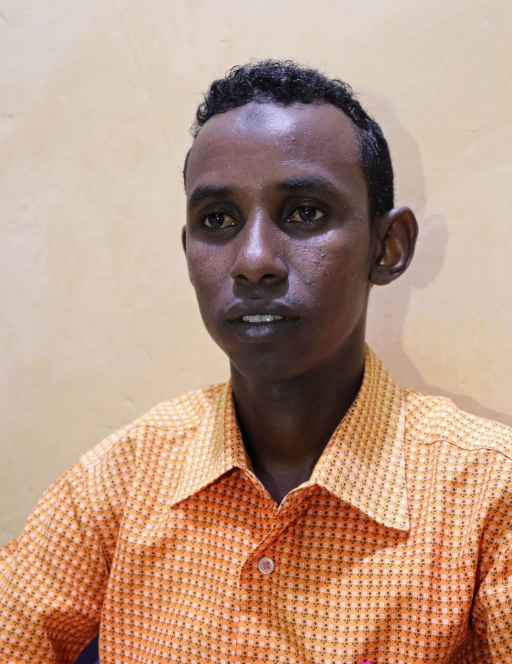 Mohamed Omar Abukar, a Somali student, talks during an interview with Reuters after his mother and nieces were injured during an airstrike in Mogadishu, Somalia, March 31, 2020.

Marco Werman: So those two other airstrikes happened back in February. Daphne, according to your research, what happened? Who was the target and how many civilians were caught up in it?

Daphne Eviatar: So, first of all, it's hard to know who the target was because AFRICOM won't say who the target was. But we can tell you who was killed. On Feb. 2, a family of five were having dinner in the city of Jilib in Somalia's middle Juba region, and a warhead struck their home, and an 18-year-old woman, [Nurto Kusow] Omar Abukar, was killed instantly. The strike also injured two of her younger sisters and their grandmother. Now, we don't know who the target of that was.

The second strike that we documented was Feb. 24, and that killed a 53-year-old man who was a banana farmer and an office manager for the local telecom company. He had a wife and eight children. What's odd in that case in particular is that he had worked previously for international humanitarian organizations in the region, and he'd been arrested several times by al-Shabab, which makes it really unlikely that he was actually a member of al-Shabab.

So the problem is that they don't identify who the targets are, except for al-Shabab or affiliates of al-Shabab. And then they declare everyone who has been killed as having been a member of al-Shabab. And so our researches have gone in and interviewed people on the ground and found out who was the person killed. And sometimes it is a member of al-Shabab. Sometimes it wasn't. We've investigated eight strikes over the last couple of years and found 21 civilians killed. The US government only acknowledged two of them.

So have you at Amnesty International presented those findings to the Pentagon? And what's been the reaction?

Yes, repeatedly. So this is, I think, the third time we're presenting them evidence of very specific civilians who were killed by US strikes. The reaction is, generally, 'we'll investigate and get back to you.' And then when they have gotten back to us, it's basically a blanket response of, 'we've determined that those were members of al-Shabab and those were legitimate killings.' But there's no evidence presented to back that up. And there's no response to the fact that we have done all these interviews that just gets dismissed.

Is there any way for families in Somalia to get reparations or even just an acknowledgment from the US military that someone was killed?

Well, there could be, but there hasn't been. So that's another real concern we have. Even in the one case and the one strike which resulted in two civilian casualties that the US government has admitted to, they have not even contacted the family. They have not provided any sort of reparations.

AFRICOM, the US Africa Command, has pledged to begin publicly reporting civilian casualties from the military operations in Somalia and elsewhere in Africa by the end of this month. What is your reaction to this? Is it enough?

It's a good start. Other US military commanders do report this, and so it's good that AFRICOM will start reporting, but the real problem is what are they going to report? If they're doing shoddy investigations or investigations that rely purely on secret intelligence sources that haven't been verified, then those reports won't be very helpful. What they really need to do is meaningful investigations. The US government isn't going to know the impact of its actions there if it doesn't even know who it's actually killing and what role they played in the community.