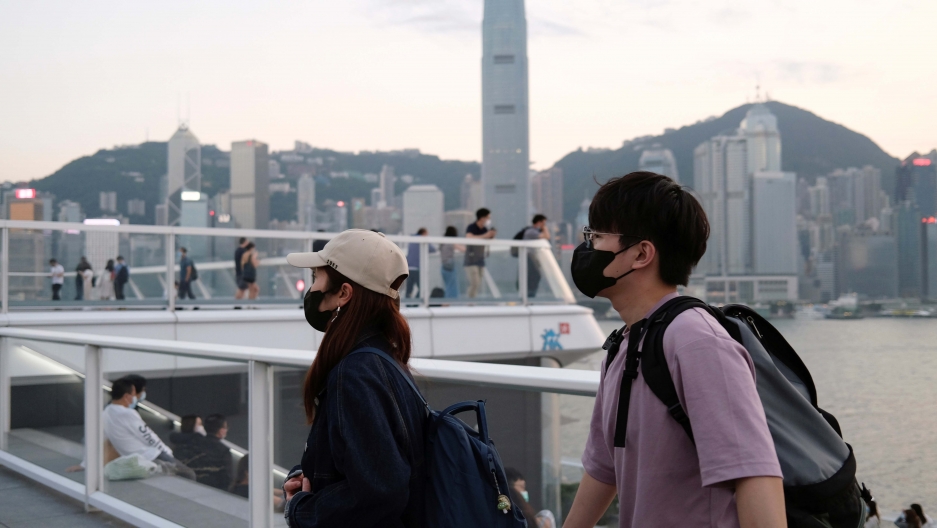 The time for the world to act to contain the coronavirus has passed, according to Tedros Adhanom Ghebreyesus, director-general of the World Health Organization.

"We have been saying to the world that the window of opportunity is narrowing and the time to act was actually more than a month ago, two months ago," Tedros said Wednesday. "But we still believe that there is an opportunity. I think we squandered the first window of opportunity. This is a second opportunity which we should not squander and do everything to suppress and control this virus."

The number of new cases of the coronavirus has been falling in countries such as China and South Korea that experienced the outbreak early on. Still, epidemiologists are worried about second — and even third — waves of COVID-19.

Dr. Gabriel Leung is an infectious disease epidemiologist and the dean of medicine at The University of Hong Kong. He's also the founding director of the WHO's Collaborating Center for Infectious Disease Epidemiology and Control. He spoke to The World's host Marco Werman about how the pandemic might end.

Marco Werman: Is having a quarter of the world's population stay home necessary to slow the pandemic?

Dr. Gabriel Leung: Evidently so. The world has hopefully learned from the China response, the South Korean response. You are seeing the differences of government or whole-of-society responses and the outcomes. And that's why I suspect that what some people may have objected to in terms of citywide lockdowns or even countrywide lockdowns, now you see being the de facto response in most populations.

How many people across the globe could end up having this virus?

Well, there is a thing called the basic reproductive number — the average number of secondary cases that a typically infectious index case will produce, which is around two or two and a bit — which means that we would need at least 50%, perhaps 60% of the world's population to acquire immunity before this would settle down. None of us actually have preexisting immunity. So, one way is by natural infection and then recovery, hopefully. And then the other way is by passive immunization — that is, a vaccine. And that is why everybody is now converging in terms of looking at a first wave, a second wave and possibly even a third wave before vaccines are going to be widely accessible and available to enough people to create herd immunity.

So, there's a constant question, not just here in the US, but everywhere: When will this be over? Are you saying the answer to that question is entirely —

Right. And is that dependent on finding a vaccine?

It really depends on what is the attack rate in high-burdened populations which have already gone through a first wave, such as Wuhan, the original epicenter, or in Daegu in South Korea. So, these places, because they had very large outbreaks and they have now come and gone through the first wave, if you then go and lead a sample of the population there, you can measure whether they have been previously infected by looking at the antibody titers (test). And that kind of data is going to allow us to then infer, well, every time it sweeps through a population in a wave, how infectious is it such that we would now have immunity in a certain proportion of that population. And that would then help us predict, well, if and when a second wave comes, how much more of the population it's going to infect and then give immunity to. And then we can sort of gauge that in terms of the vaccine availability timeline.

So, what still stumps to you about this virus? What do you want to know that you don't know yet?

Several things. One is we are still struggling with age-stratified susceptibility. By that, I mean are kids really not as likely to get infected or do they not go on and show disease even when they are infected? And even more importantly, do they go on and infect others? Because that is critical information to decide whether schools should be closed or remain closed. Two, because the world has implemented a lot of very drastic social distancing measures, how do we exit? How do we transition to coming out of this? And do we need to go into this suppression-and-lift, suppression-and-lift cycle as the world faces the second and possibly the third waves that are upcoming before wide availability of vaccines?

And then, third and finally, the biology and the immunology of the vaccine. There are worries that perhaps a vaccine could give you immune enhancement, that it might in rare instances do more harm than good. And that needs to be sorted out, too. What are the ethics of accelerating vaccine development and prioritizing which vaccines you actually go and put through clinical trials first?

And what are the ethical questions around that?

So, the ethical questions are — we've now heard that there are vaccines that are totally novel using very exciting new technologies, but they are skipping normal animal testing and going straight into humans. And then even if and when you get a vaccine candidate or candidates that are safe and efficacious, can you produce sufficient volume to make it available in an equitable, fair manner all over the world?