Hip hop music pounded out of the loudspeaker one day earlier this month at the Silver Spring Black Box Theater, just outside of Washington, DC.

A small parquet floor at the front was marked with tape, and competitors faced off in the middle. They dropped down to the ground, kicked their feet in the air and spun on their heads.

A row of judges watched from the sidelines, scoring the dancers on things like footwork, power moves, and how well their choreography matched the music.

That day was the Breakdancing Northeast Regionals, the first event to qualify American nationals for what could eventually become Team USA for breakdancing — which could debut as an Olympic sport as soon as the 2024 Summer Games in Paris.

On one end of the judges’ table, Antonio Castillo scribbled notes. He chairs the Competitive Breakin’ League, an organization that treats breakdancing as a sport, complete with rules and regulations, and a point system for judging.

The March 8 competition was Castillo’s idea. It was the first of several events across the country where breakdancers — called B-boys and B-girls — will compete to qualify for the American national breakdancing team.

“Nobody has ever talked about creating an eligible USA breaking team before. So I took it on. I’m really passionate about it. And I just feel like there’s nothing anybody can do to stop it.”

“Nobody has ever talked about creating an eligible USA breaking team before. So I took it on,” Castillo said. “I’m really passionate about it. And I just feel like there’s nothing anybody can do to stop it.” 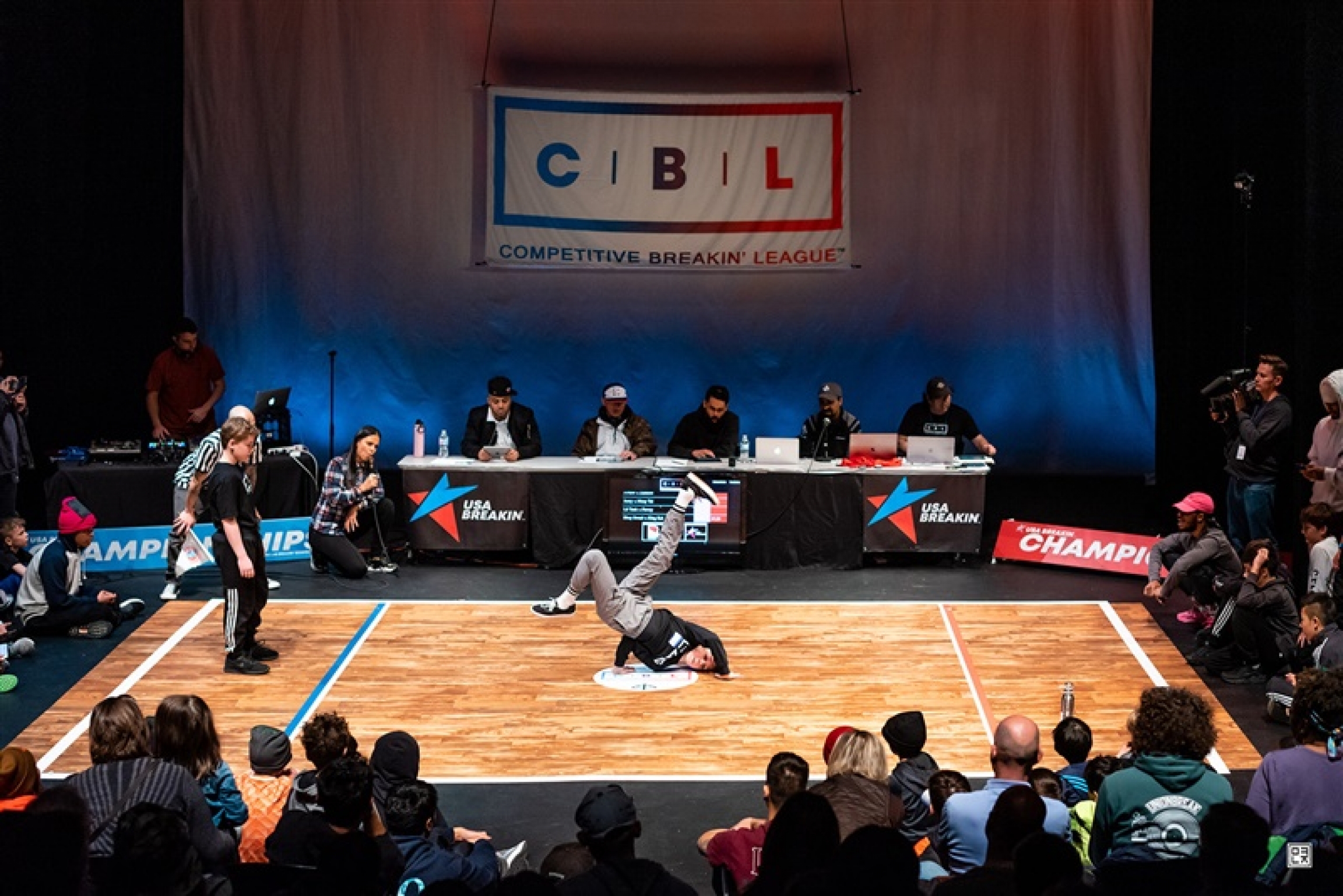 A competitor performs breakdance moves at the Breakdancing Northeast Regionals in suburban Washington, DC, on March 8, 2020.

This is a big moment for breakdancing. The International Olympic Committee provisionally agreed last year to add breakdancing to the Paris Games in 2024, in an effort to attract a younger audience to watch the Games. The IOC also voted to include skateboarding, rock climbing and surfing. A final decision is expected in December.

Still, Castillo said, the US shouldn’t waste any time in fielding a breakdancing team.

“We have to make sure, when the time comes, that we have a national team that can represent the birthplace of hip hop culture and hopefully win gold.”

“We have to make sure, when the time comes, that we have a national team that can represent the birthplace of hip hop culture and hopefully win gold,” he said.

Castillo began break dancing when he was 5 years old and living on a ranch in Aguascalientes, in central Mexico. He remembers the day he encountered break dancing: His cousins came to visit, and they put on a show in the living room.

“They were spinning around, listening to American music. And I thought it was cool,” he said. “I liked how people started paying attention to them. And I wanted some of that attention.”

This was in the early 1980s, when films such as “Flashdance,” “Breakin’” and “Beat Street” were making breakdancing mainstream in the US. But in Mexico, Castillo wasn’t exposed to those movies.

On his sixth birthday, his mom found a tape of Michael Jackson break dancing and bought it for him.

“I never stopped dancing after that,” Castillo said.

Castillo’s family moved to Virginia when he was 9, and breakdancing became his lifeline. It’s how he fit in as a teenager growing up in the US.

“I didn’t speak any English. It was hard to make friends. There wasn’t any Mexican people there,” he said. “And so what did I do? I danced.”

In his 30s, Castillo decided to make breakdancing his full-time career. In 2012, Castillo opened up The Lab Breakin’ School in Takoma Park, Maryland. His students come from all ages and backgrounds.

And many of them were competing at the regionals.

“One of the best things about [teaching] is when I see kids having fun, doing something totally different and seeing their confidence develop through the dance. That’s what happened to me. So I can relate.”

“One of the best things about [teaching] is when I see kids having fun, doing something totally different and seeing their confidence develop through the dance,” he said. “That’s what happened to me. So I can relate.”

Castillo brings a unique framework to breakdancing. He said he treats it less like a form of dance, like tap or ballet, and more like a sport along the lines of taekwondo or karate. He developed a color-coded ranking system for his students — but instead of cloth belts, he awards them shoelaces.

“It goes no lace, white, green, brown, orange, all the way up to black,” he said. The school minted its first black lace three months ago. 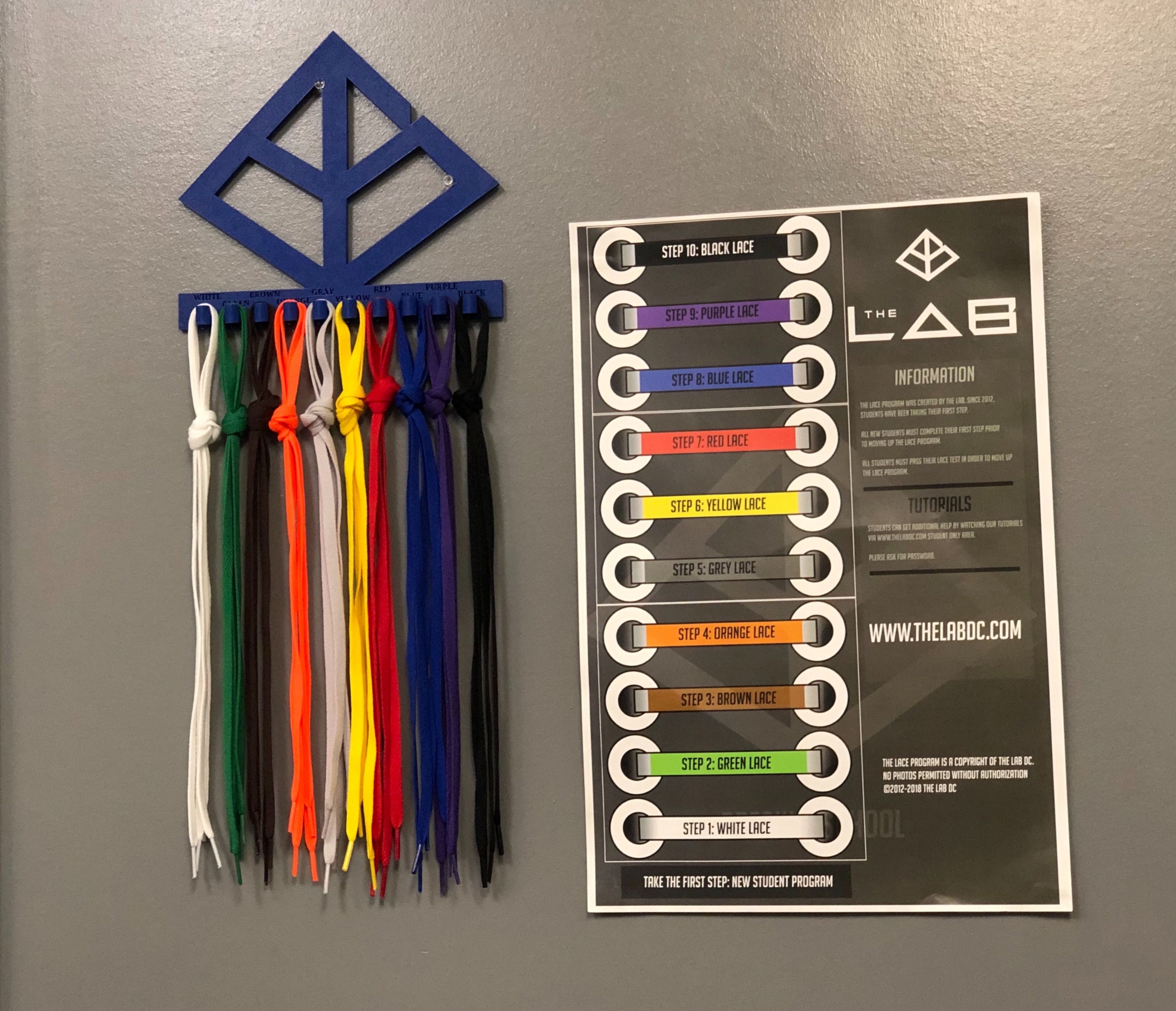 Breakdance instructor Antonio Castillo developed a ranking system for his students inspired by martial arts — but with shoelaces instead of belts.

Castillo also created a point system for judging and rules and regulations for the sport. He founded the Competitive Breakin’ League — “It’s based on the NFL and NBA,” he says — and he organizes breakdance tournaments around the US.

To Castillo, it only makes sense that the IOC would want to add breaking to its roster for the 2024 Olympic Games.

“Breaking is cool. Breaking has a life. There’s kids all over the world practicing it,” he said. “It’s the sport of the future.”