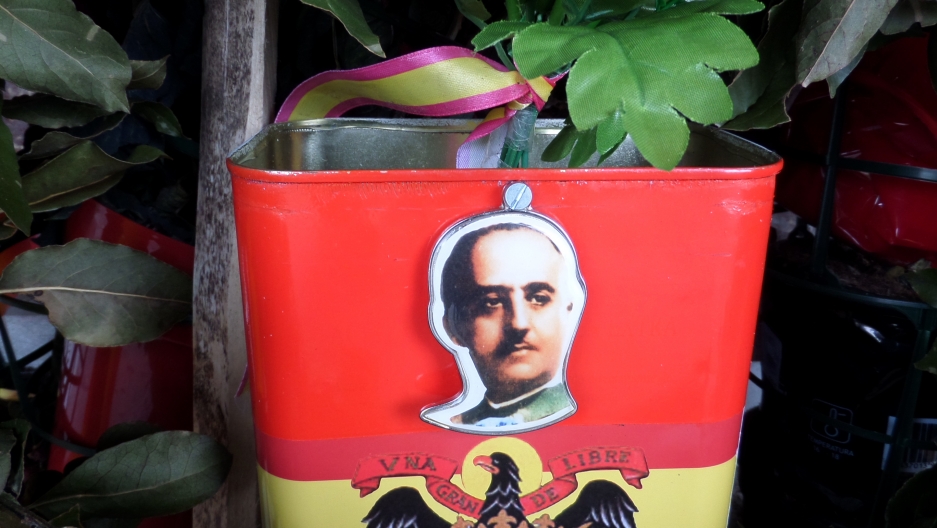 Fake flowers in a red and yellow vase provide shade to the stately-looking image of Spanish dictator, General Fransisco Franco.

This week, Spain’s streets and national monuments went silent in the wake of a nation-wide lockdown to fight the spread of COVID-19.

Related: Lockdowns and entry bans imposed around the world

A wind-tattered Spanish flag continues to flap over the grave of Franco, the former fascist dictator who governed Spain from 1939-1975, at his family mausoleum, just outside Madrid. Fake flowers in a red-and-yellow vase provide shade to the stately-looking image of the dictator.

Under his dictatorship, 114,000 people went missing or were killed by his notorious death squads, according to Spain’s National Court.

After Franco’s death in 1975, political parties devised a “pact of forgetting,” which essentially erased the dictator’s legacy from the national record — including bans on teaching civil war history and the investigation of murders and disappearances under his watch.

However, following a long legal battle between Spain’s socialist government and Franco’s family, the Spanish Supreme Court decided to exhume Franco’s remains as one of several actions recently taken by the country to break with its fascist past — but the country remains divided over Franco’s legacy.

On Oct. 24, 2019, Franco’s remains were exhumed from the Valley of the Fallen — an underground Catholic basilica and tomb carved into a mountainside — to the Mingorrubio cemetery, near the El Pardo Palace, where he lived and ruled Spain for over 35 years. The exhumation and reburial cost about $70,000.

“This decision marks an end to the moral insult that the public glorification of a dictator constitutes. ... We are taking another step towards the reconciliation that can only exist in the democracy and the freedom we all share.”

“This decision marks an end to the moral insult that the public glorification of a dictator constitutes,” said Spain’s Prime Minister Pedro Sánchez after Franco’s exhumation and reburial. “We are taking another step towards the reconciliation that can only exist in the democracy and the freedom we all share.”

But now that Franco’s remains have been unearthed — more than 44 years later — those overshadowed by the dictator are finally seeing their histories revealed.

Valley of the Fallen: Reckoning with fascist history 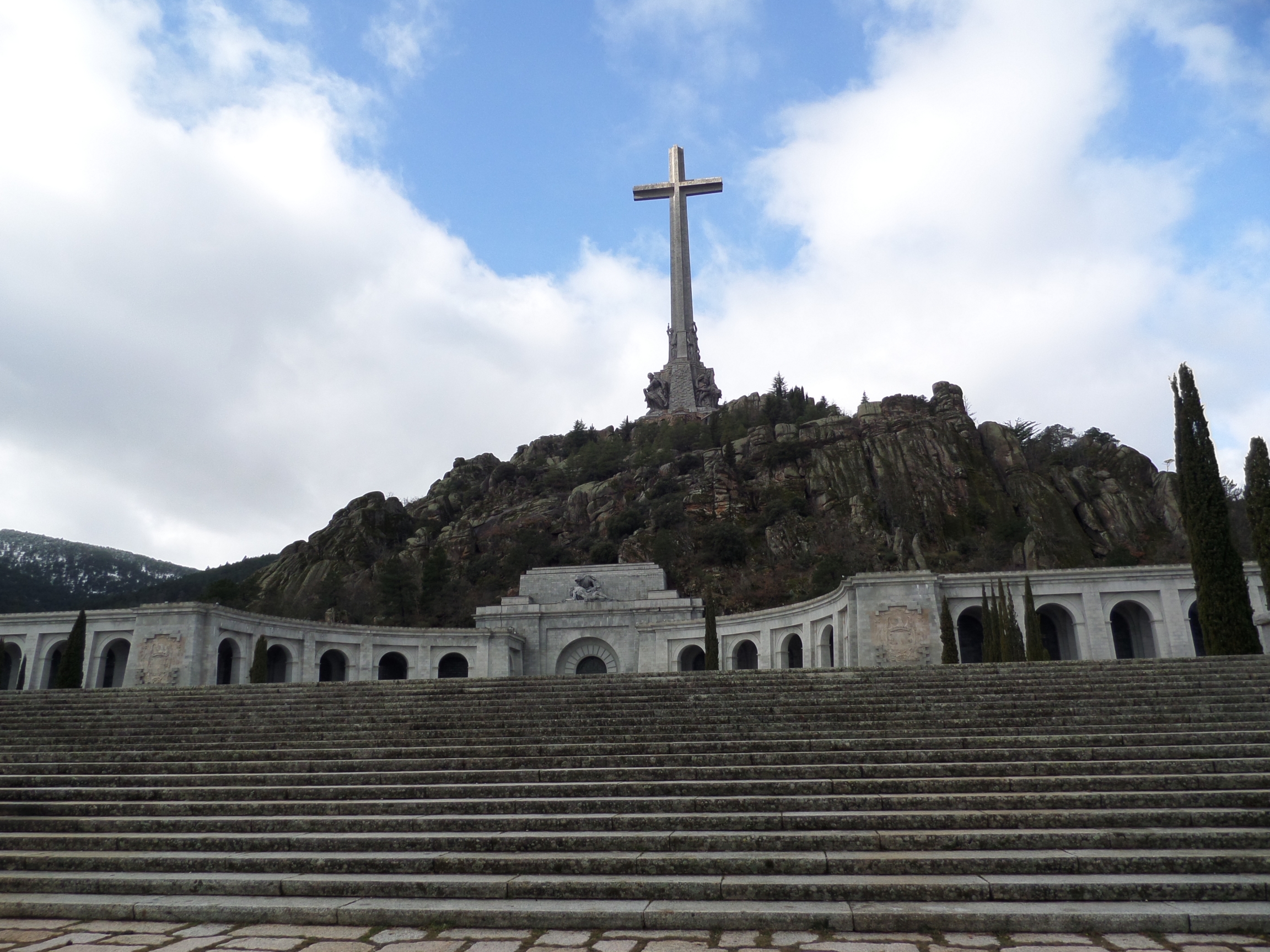 A foreboding 500-foot cross at the Valley of the Fallen in Spain.

Despite Franco’s exhumation from the Valley of the Fallen — now marked by a shiny piece of new marble — those still nostalgic for the days of fascism continued to pay a visit to the historic site before the recent coronavirus shutdown.

In January, a woman with tears in her eyes silently prayed and made the sign of the cross in front of Franco’s former grave. Priests and altar boys mingled with tourists who admired the inside of the gloomy sanctuary inside the Valley of the Fallen.

Franco ordered its construction to mark his victory in the civil war, won with support by Germany’s Adolf Hiter and Italy’s Benito Mussolini. It’s now the largest physical reminder of the civil war, including a brooding 500-foot stone cross partly built by Spanish Republican prisoners.

More than 33,000 people are buried here — the remains of Franco’s soldiers along with the thousands of unidentified victims of the dictator's death squads still lie in mass, unmarked graves. Many of them were placed here without the knowledge or consent of their families.

For many families who carry painful memories from the Spanish Civil War, Franco’s exhumation from the Valley of the Fallen is a deeply symbolic act aimed at helping the country come to terms with the former dictator’s legacy.

In 2016, a Spanish court granted their request for the exhumation of the remains from the Valley of the Fallen so they could be buried elsewhere, marking the first and so far, only approved exhumation from the site. As of today, the brothers' bodies have not been removed.

“[W]e can only rest until the day in which the families receive their loved ones buried in the Valley of the Fallen, and can give them a dignified burial according to their belief or their religion."

“[W]e can only rest until the day in which the families receive their loved ones buried in the Valley of the Fallen, and can give them a dignified burial according to their belief or their religion,” Alonso said.

While Franco’s body no longer sits in the Valley of the Fallen, his shadow still hangs over Spain.

His exhumation follows a 2007 Historical Memory Law intended to create state funds to exhume the graves of all Spanish Civil War victims and remove all Franco-era symbols and monuments.

In February 2020, the Spanish government announced plans to finally remove Francoist symbols still on display in some public spaces and make it illegal to glorify Franco’s regime.

At the Valley of the Fallen, all mentions of Franco have been eliminated — except for a few books about the Spanish Civil War in the gift shop.

“In a democracy, you don’t pay tribute to dictators or tyrants,” said parliamentary spokeswoman Adriana Lastra during a February press conference.

An opinion poll from October by the Spanish daily El Mundo showed 43% of Spaniards favored Franco’s transfer, 32.5% opposed it, and the rest were undecided.

Many Spanish citizens criticize the government for never fully condemning one of its darkest historical periods and continue to speak out against Franco’s legacy.

But, far-right, nationalistic voices are also on the rise in Spain — most notably through the Vox party, which won its first seats in parliament in April 2019. This marks the first time a nationalist party has won more than a single seat in parliament since Franco.

And many on the far-right believe that exhumations reopen old wounds. Santiago Abascal, leader of the far-right Vox party, spoke out strongly against Franco’s exhumation.

Amid this heated debate, the fate of the Valley of the Fallen now remains a lingering question.

Benedictine monks in charge of the Foundation of the Holy Cross of the Valley of the Fallen receive approximately $37,960 annually from the state to support themselves and the grounds.

But some citizens want the government to cut this funding and turn it into a museum. Others want it to be deconsecrated and closed.

Emilio Silva, a Spanish journalist whose own grandfather was executed by Franco’s regime in 1936, is determined to educate Spain about the impact of the civil war.

In 2000, Silva unearthed his grandfather’s body from a ditch in northwestern Spain.

This experience led him to create the Association for the Recovery of Historical Memory, an organization that helps people find their missing relatives. So far, the organization has recovered more than 9,000 bodies from across the country.

“There are daughters, children, even very old granddaughters who want to die having managed to give a dignified grave to a loved one,” Silva said.

According to Spain’s Ministry of Justice, there are 2,382 graves across the country, which are believed to contain more than 45,000 remains of people who disappeared during the Spanish Civil War and Franco’s dictatorship. As of today, less than 400 of these graves have been opened.

Chesus Calvo, 53, told The World that he didn’t learn about the Spanish Civil War in school. As an adult, he wrote a graphic novel called, “Esclavos de Franco” or “Slaves of Franco,” to bring stories from the Spanish Civil war to life.

His own grandfather survived the winter of December 1937, when the Republican Army captured the small town of Teruel, Spain.

“My grandfather risked his life, because my grandmother was then about to give birth, and had to go out at night to look for the doctor. ... He had an encounter with soldiers who pointed at his chest and were about to kill him.”

“My grandfather risked his life, because my grandmother was then about to give birth, and had to go out at night to look for the doctor,” Calvo said. “He had an encounter with soldiers who pointed at his chest and were about to kill him.”

The Battle of Teruel destroyed much of the city and was one of the bloodiest conflicts of the Spanish Civil War.

Eighty years after Franco’s military coup, there’s still no museum dedicated to telling both sides of the civil war. 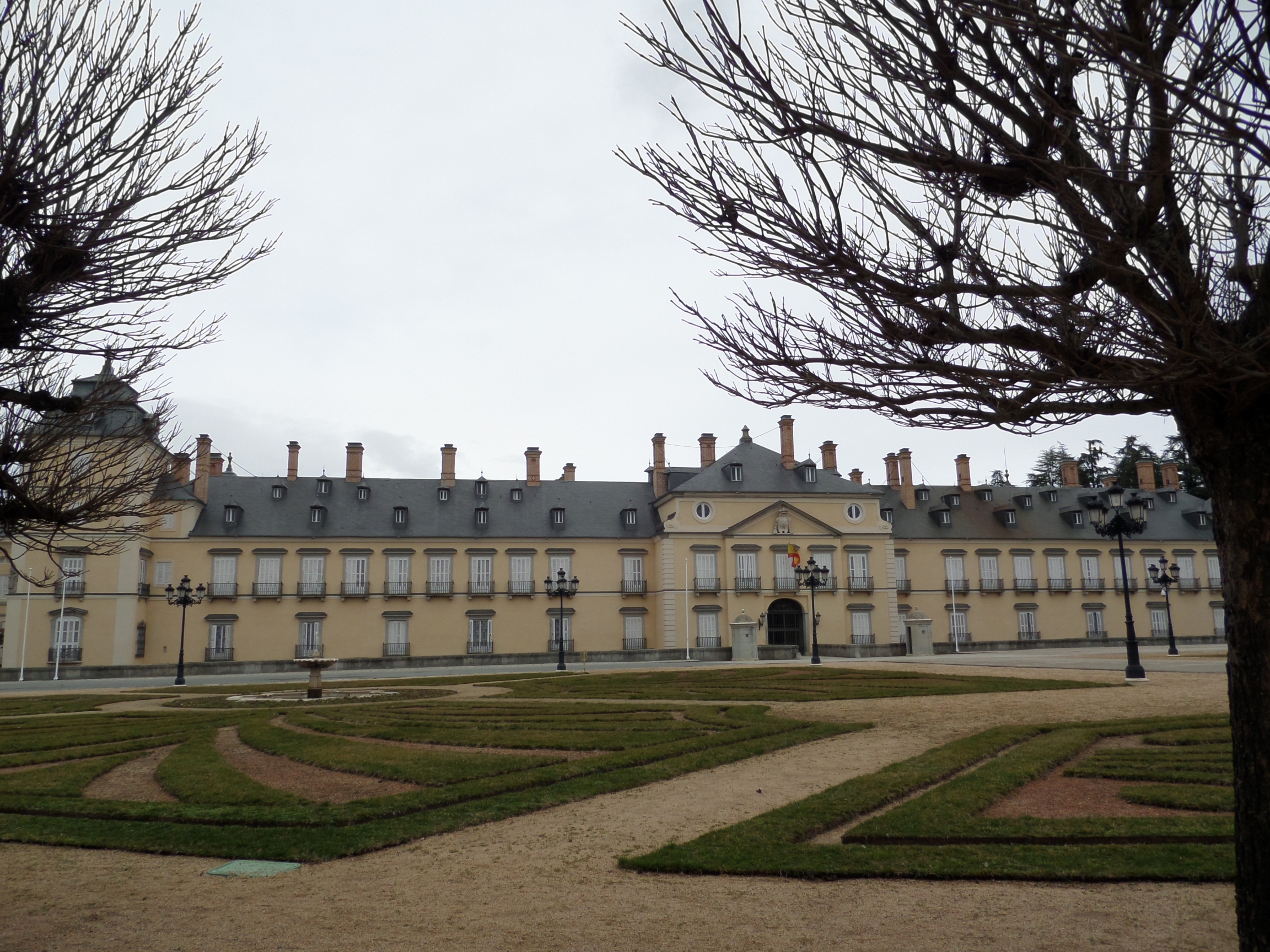 El Pardo Palace, the 16-century structure where Gen. Francisco Franco lived and ruled Spain for over 35 years, is now owned by the state.

El Pardo Palace, the 16th-century palace from which Franco ruled for over 35 years, is now owned by the state and functions partly as a museum managed by the country’s National Heritage department.

The palace’s transformation into a civil monument was a step in the Spanish government’s gradual move to reevaluate the country’s past and attempts to reckon with Franco’s complicated legacy but often comes up short.

On a chilly January afternoon — even before COVID-19 shut down the country’s national monuments — the grounds were sparse and there was no line to purchase tickets. A 9-euro tour allows visitors to wander through the few rooms preserved from Franco’s reign, but there isn't much discourse beyond the tour.

The Museo Nacional Centro de Arte Reina Sofía in Madrid, the capital, also hosts a collection of post-war art — some of which is quite critical of Franco’s regime — and Picasso’s famous anti-war painting, “Guernica.” But a museum spokesperson declined an interview on Franco's legacy, saying in an email that they "prefer to stay out of this topic."

In recent years, the names of many streets and commemorative squares have been changed and public statues have been removed. The government plans to exhume thousands of Franco’s victims buried in unmarked graves throughout Spain in the years to come.

“It took us a long time to get rid of a repressive regime. And it’s taken us nearly as long to remove its creator’s remains from a place of public tribute,” said Spain’s Prime Minister Pedro Sánchez in October 2019.

But Franco's legacy may not be easy to erase any time soon. Francoist statues and memorials overshadow main roads while Republican flags hang in windows over its many — now empty — public squares.