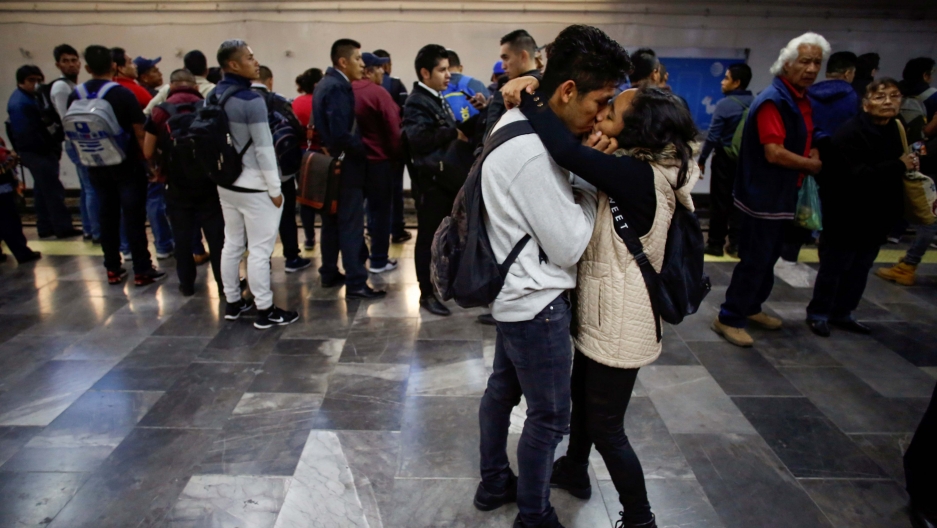 A couple kiss in the Pantitlan metro station as Mexico's government is seeking to minimize public disruption in its response to the coronavirus disease (COVID-19), in Mexico City, Mexico, March 17, 2020.

In Mexico, the coronavirus has yet to hit in large numbers, and the country is operating largely as usual. Movie theaters, restaurants and gyms are still open.

Just a few days ago, around 45,000 people attended a music festival in Mexico City — at the same time many US cities were going on lockdown to contain the virus’ spread.

At the entrance of the Vive Latino music festival, attendees had their temperatures tested with an infrared thermometer. Those who ran hot were turned back. David Figueroa, who works in the publicity industry, said he was comfortable being there, but he was washing his hands constantly.

“We have to take advantage of the fact that the coronavirus has hit Latin America late,” he said. “Eventually it will hit hard. But for now, things are normal, and we should enjoy it.”

Mexico had 93 confirmed cases of COVID-19 as of early Wednesday, compared to more than 7,300 in the US and 31,000 in Italy. Schools in Mexico are scheduled to close next week for a month to mitigate the spread of the virus.

But there are concerns the official count in Mexico is low. While Mexico is offering free coronavirus tests, it’s not widely available. About 1,000 people have received it, according to government officials. The free test is only available for those who meet strict criteria: They must show symptoms, and they must have recently visited a country with high infection rates or had direct contact with someone who tested positive.

A top Mexican official also said last week that Mexico is considering restricting activity and movement along the US-Mexico border to halt the spread of the virus.

“I think we are on the right track here in Mexico,” he said. “The authorities have been planning the different scenarios for more than a month.”

But Mexico’s approach is much less stringent than those of its Central American neighbors, which have virtually closed their borders despite reporting only a handful of cases. Travelers from Europe, now an epicenter of the pandemic, report entering Mexico this week without being screened. A popular soccer league, Liga MX, was still holding matches in front of packed crowds a few days ago.

“... you cannot wait until you have a problem before you start doing something. Because then you’re way behind the eight ball.” 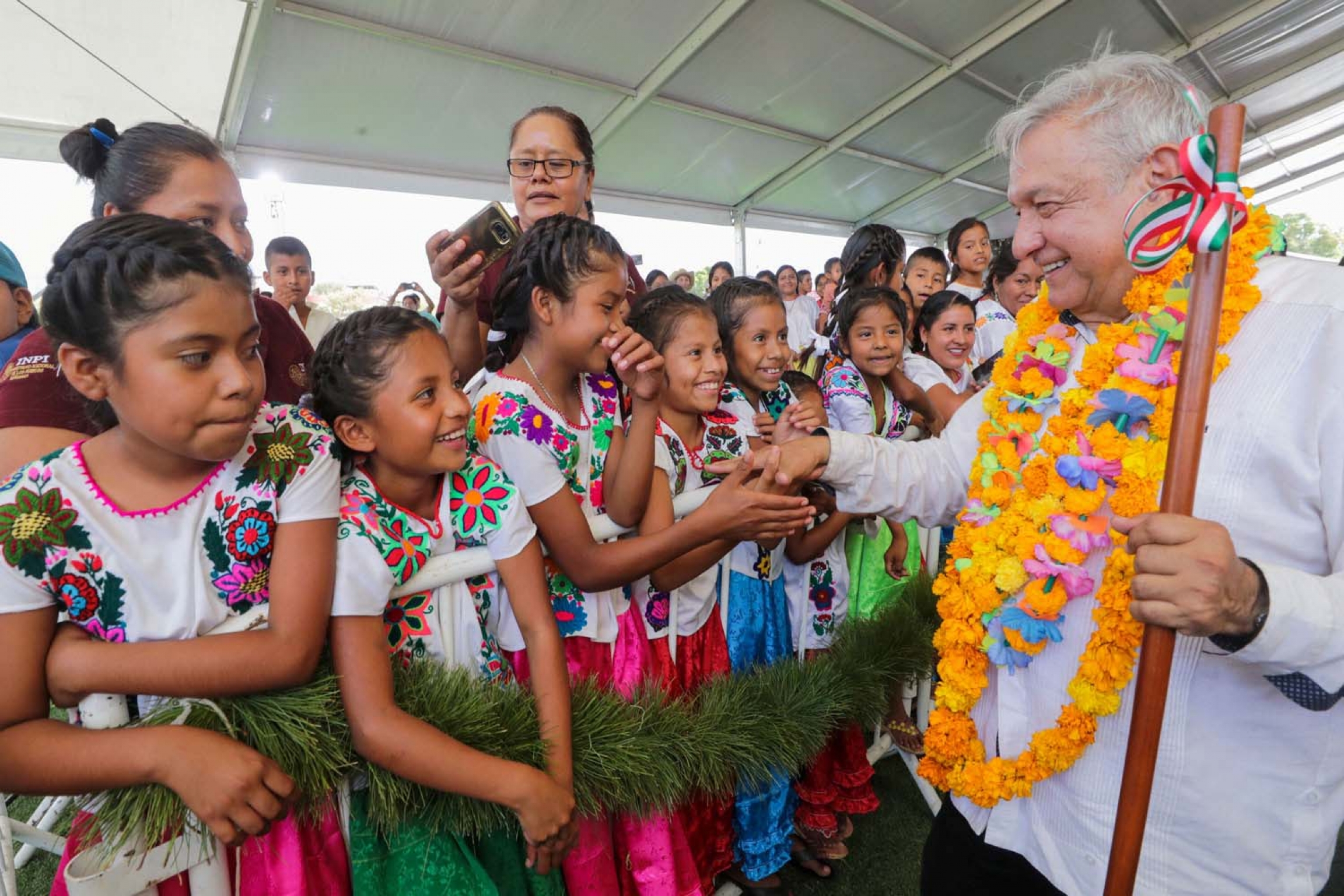 Mexico’s response has been hampered by its president, Andrés Manuel López Obrador, said Duncan Wood, director of the Mexico Institute at the Woodrow Wilson International Center for Scholars in DC. Earlier this month, the president encouraged citizens to keep hugging, despite the advice of his top health officials.

Even as Mexico extended students’ annual Easter vacation by two weeks to mitigate the virus’ spread, López Obrador posted a video of himself hugging and kissing his fans.

“The president is a man who resists the established wisdom,” Wood said. “He says that he has his own data. So we have public health officials in Mexico scrambling to prepare themselves, but at the same time you’ve got a president who appears to be minimizing the risk.”