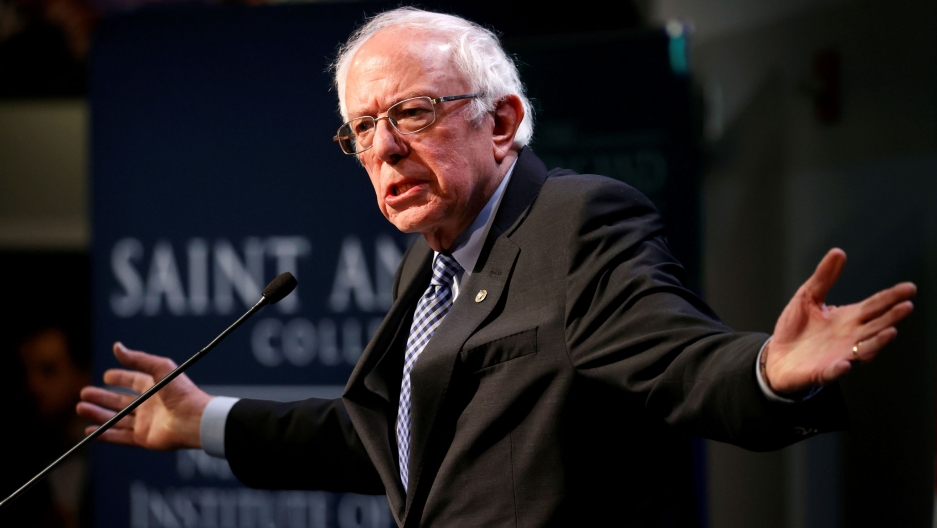 Dem. US presidential candidate Sen. Bernie Sanders speaks at the Politics and Eggs event at the New Hampshire Institute of Politics at Saint Anselm College in Manchester, New Hampshire, on Feb. 7, 2020.

Voters took to the polls Tuesday for Florida’s primary despite public life shutting down across the nation due to the coronavirus pandemic.

Across the nation, Latino voters — who are set to comprise the United States’ largest minority voter bloc in the November presidential election — have tended to favor Democratic candidate Vermont Sen. Bernie Sanders. That’s not always the case in Florida, where the Latino community is very diverse and tends to lean more conservative — at least among older generations. Polls show most of Florida’s Latino Democrats support Sanders’ opponent, former Vice President Joe Biden.

Some of Sanders’ recent comments praising aspects of leftist governments in Latin America didn’t sit well with many Latinos in South Florida, home to a large community of immigrants from Cubans and Venezuelans. Many of them fled authoritarian, socialist regimes.

“So, I think we condemn authoritarianism — whether it’s in China, Russia, Cuba, any place else,” Sanders said in the March 15 Democratic debate. “But to simply say that nothing ever done by any of those administrations had a positive impact on their people, would, I think, be incorrect.”

Sanders’ embrace of policies deemed “socialist” is hurting his chances with Latino voters in Florida, said Alejandra Martinez, a reporter with WLRN in Miami, who is working with The World on "Every 30 Seconds," a yearlong series exploring the Latino youth vote. 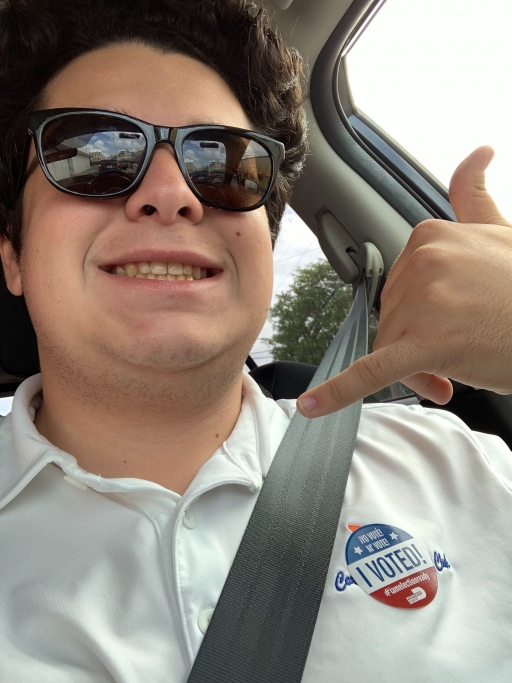 A selfie of 18-year-old Anthony Goyanes, a first-time voter, after he voted in the Florida primary, March 17, 2020.

Anthony Goyanes is an 18-year-old in Miami who voted in Florida’s primary. Most of his family fled Cuba or is still in Cuba, he said.

“I think it is unacceptable for Bernie Sanders to be making such comments about Cuba. That regime caused immense pains, not just my family, but thousands more,” Goyanes said. “The Miami community is one that has been shaped by ... the exile from Cuba's communist regime. And I really don't think that it's appropriate that Bernie Sanders is just overviewing the plight of these Cubans that had struggled so hard to escape that regime ... by acknowledging that Castro was an admirable guy for improving the literacy rate in his country.”

Other young Latinos have a different point of view. In general, younger Latinos tend to be more liberal and comfortable with the “democratic socialist” label. Many say they would vote for Sanders because he talks about issues that will impact their lives right now, in America — such as higher education debt and affordable health care.

“I think a lot of people are going off on Bernie about his remarks on Cuba's education policy, but it’s not like he’s wrong,” said 18-year-old Yaneilys Ayuso, another first-time voter. “I'm half Cuban myself. And my family by no means are supporters of Castro's regime or anything like that. But people are literally traveling to Cuba in order to learn and to get their degrees for free.”