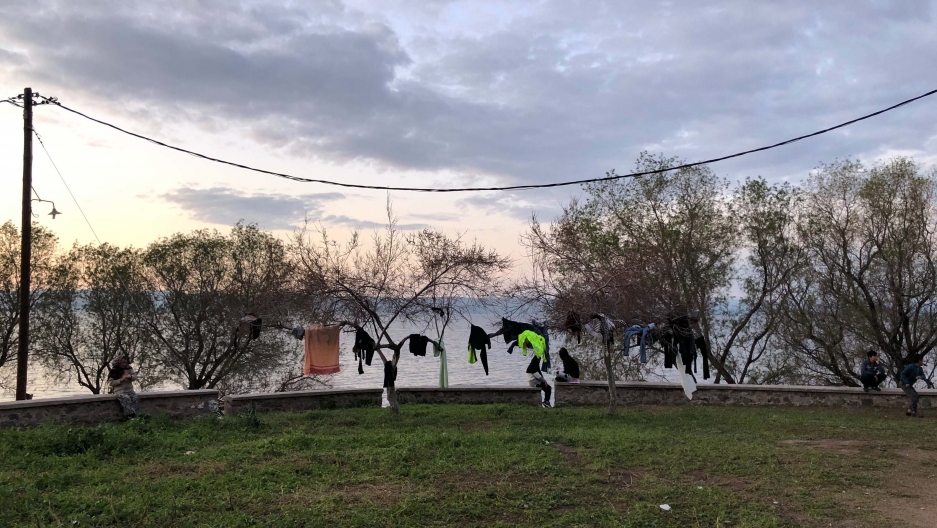 Asylum-seekers' clothes hang to dry near a makeshift camp for refugees on the Greek island of Lesbos.

On Lesbos and a few other Greek islands, hundreds of recently arrived migrants and refugees are stuck in limbo. They traveled to Greece through Turkey after Turkish President Recep Tayyip Erdoğan announced in late February he would not stop people from crossing the border into Europe.

In response, Greek authorities say they’re not accepting any new asylum applications — at least for now. On Lesbos, they’re holding the most recent group arrivals in a makeshift camp in the small fishing village of Skala Sikamneas.

Forty-two people — who come from Afghanistan, Syria, North Africa and elsewhere — are being held at the camp. Ali, an 18-year-old from Syria, is among them. He asked The World to use only his first name because he worries about his chances of getting asylum.

Ali said he fled Aleppo with his family four years ago and has been living in Turkey since then.

“My dream is to go to Europe to make a life, not in Turkey,” he said.

Ali decided to head to Europe two weeks ago after getting a call from a friend, another Syrian in Turkey, telling him the border with Greece was open. First he tried to enter Greece via the country’s northeastern land border with Turkey. He found out the Turkish government was busing people to the border for free. He hopped on a bus that same night and arrived early the next morning.

What he encountered, he said, was utter chaos.

“I saw many, many, many people… I’ve never seen so many people. Buses going, buses coming. Really I was shocked.”

Videos quickly spread across social media depicting thousands of people trying to get across the border fence into Greece. Violent clashes broke out between the two sides. Ali said Greek police were using tear gas, dogs, even guns to stop people from crossing. At one point, he saw one Syrian man trying to make it through and getting sent back.

“And I ask him ‘What happened with you?’ And he told me if you love to be in this life, if you love God, don’t go this way,” Ali said.

So Ali decided to try another route. He went to the coast and got on a boat to Lesbos. The Greek island is just a few miles from Turkey. But the journey is treacherous. At one point, Ali says he was certain he would perish. But he, and the 41 others, made it and have been at this makeshift camp for nearly two weeks. 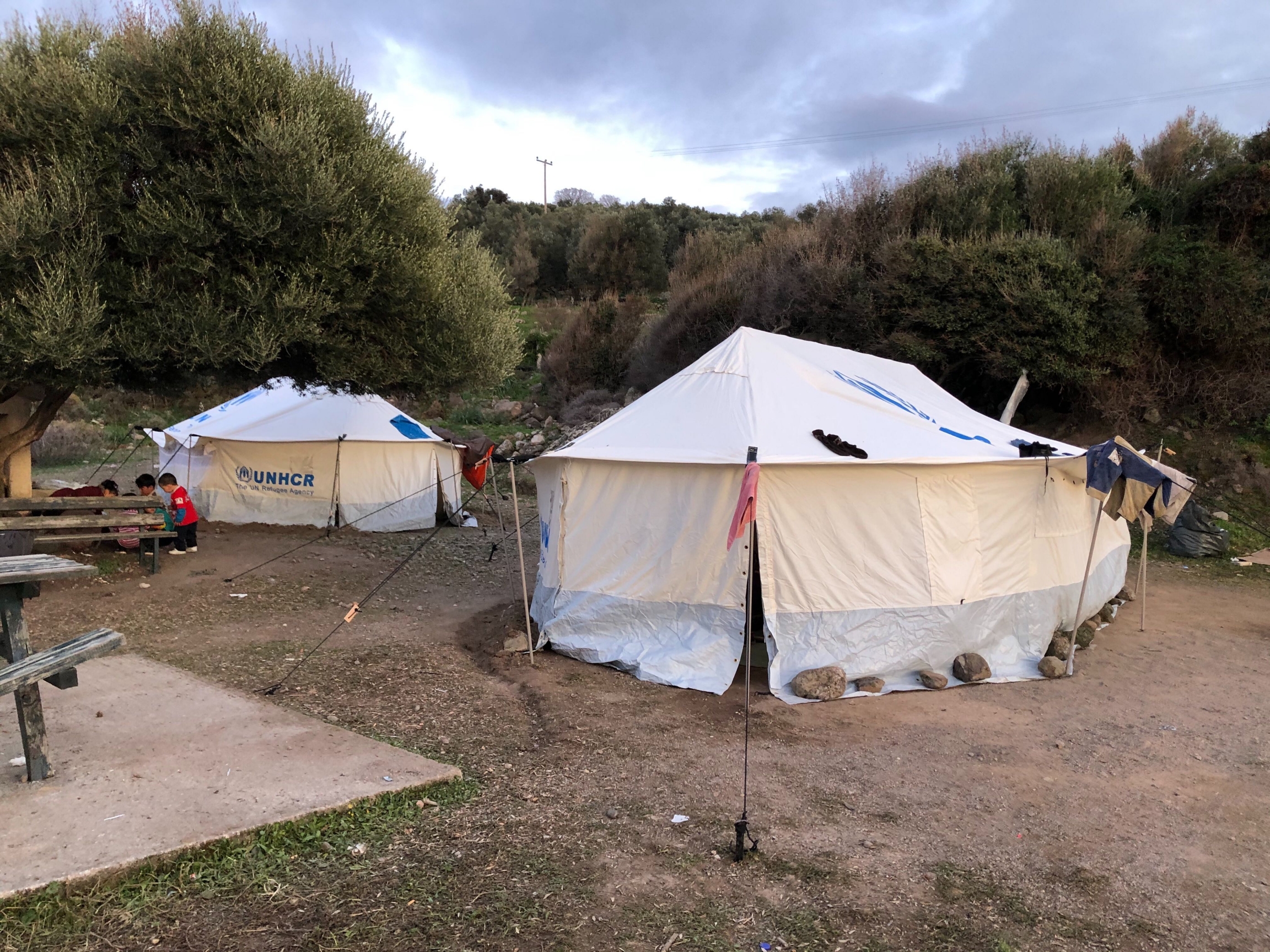 Children play near a makeshift refugee camp on the Greek island of Lesbos.

Related: Life goes on in Greek camp amid diplomatic tensions and pandemic

Ali said his mother and siblings are still in Turkey. His dad made it all the way to Germany — he’s been there for a while now. Ali says his goal is to get there to see his dad, but he knows that won’t be easy.

Hundreds of other migrants who arrived to Lesbos by boat earlier this month were being held on a Greek navy ship in a different part of the island but have since reportedly been moved to a camp in North Athens. Aid groups say they were not being allowed to apply for asylum. They’re considered to have entered the country illegally and being treated as detainees.

But Ali said he’s not giving up hope.

“One day, everything will be okay,” he said, adding that he’ll be just one more person living in Europe.