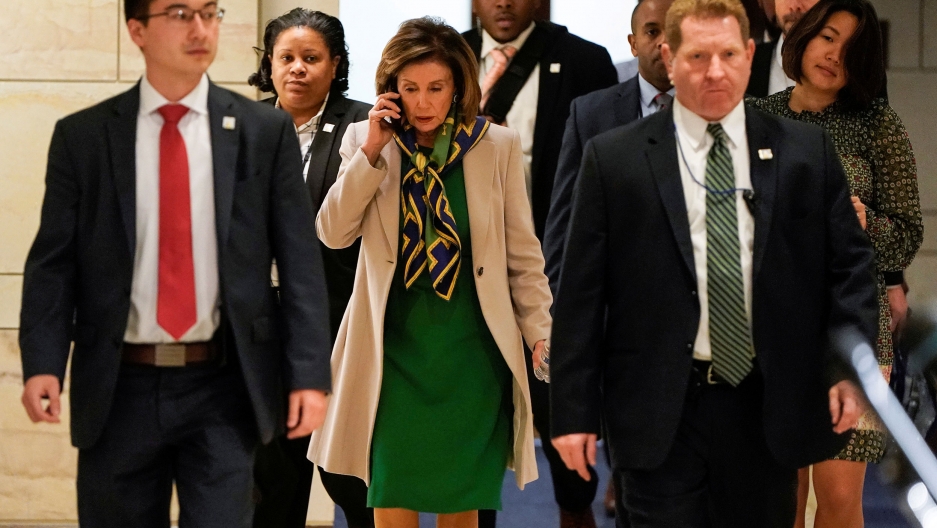 Speaker of the House Nancy Pelosi arrives for a briefing on Capitol Hill in Washington, DC, March 12, 2020.

The spread of the coronavirus makes no exceptions for the rich and powerful, with people such as Tom Hanks, Rita Wilson, Sophie Grégoire Trudeau, and a number of government officials worldwide testing positive for COVID-19. (The White House said US President Donald Trump and Vice President Mike Pence would not be tested, even after recently meeting a Brazilian official at Mar-a-Lago who tested positive for the disease.)

But for gig and contract workers, a lack of wealth and access to employer benefits (such as sick leave and health insurance) or government safety nets is a critical blow — both to their finances, and to public health. The US House of Representatives is expected to vote on a bill today in response to the outbreak. It would expand government-backed unemployment, food assistance and other benefits, including paid sick leave.

And: ‘Ghost’ flights dwindle, but coronavirus a ‘massive catastrophe’ for airlines

The coronavirus pandemic has overshadowed a deadly outbreak of measles in the Democratic Republic of Congo. It has killed more than 6,000 people, three quarters of whom are children. The country is just coming out of an Ebola epidemic.

Measles is a highly contagious, airbone infection that can be prevented with a vaccine. But the disease rapidly spread in the DRC, where lower vaccination rates and a weak public heath system, among other vulnerabilities and a dearth of resources, has led to a devastating epidemic that has been largely ignored beyond the affected community.

"The equation, once more, appears to be the more distance — physical or imagined — the less interest, compassion and engagement."

And: Kenya bans public events after first case of coronavirus

From The World: How coronavirus exposes the weaknesses of the US health system

US launches strikes against Kataib Hezbollah in Iraq

The US launched strikes against an Iranian-backed militia in Iraq early Friday, killing one civilian and five security personnel, according to the Iraqi military. The strikes against Kataib Hezbollah were in response to a rocket attack that killed two Americans and one Brit. There are concerns that tensions could continue to escalate.

“As we have demonstrated in recent months, we will take any action necessary to protect our forces in Iraq and the region," US Defense Secretary Mark T. Esper said in a statement.

Iranian foreign ministry spokesman Abbas Mousavi warned against "dangerous actions," adding, "Mr. Trump should reconsider the presence and behaviour of his troops in the area." 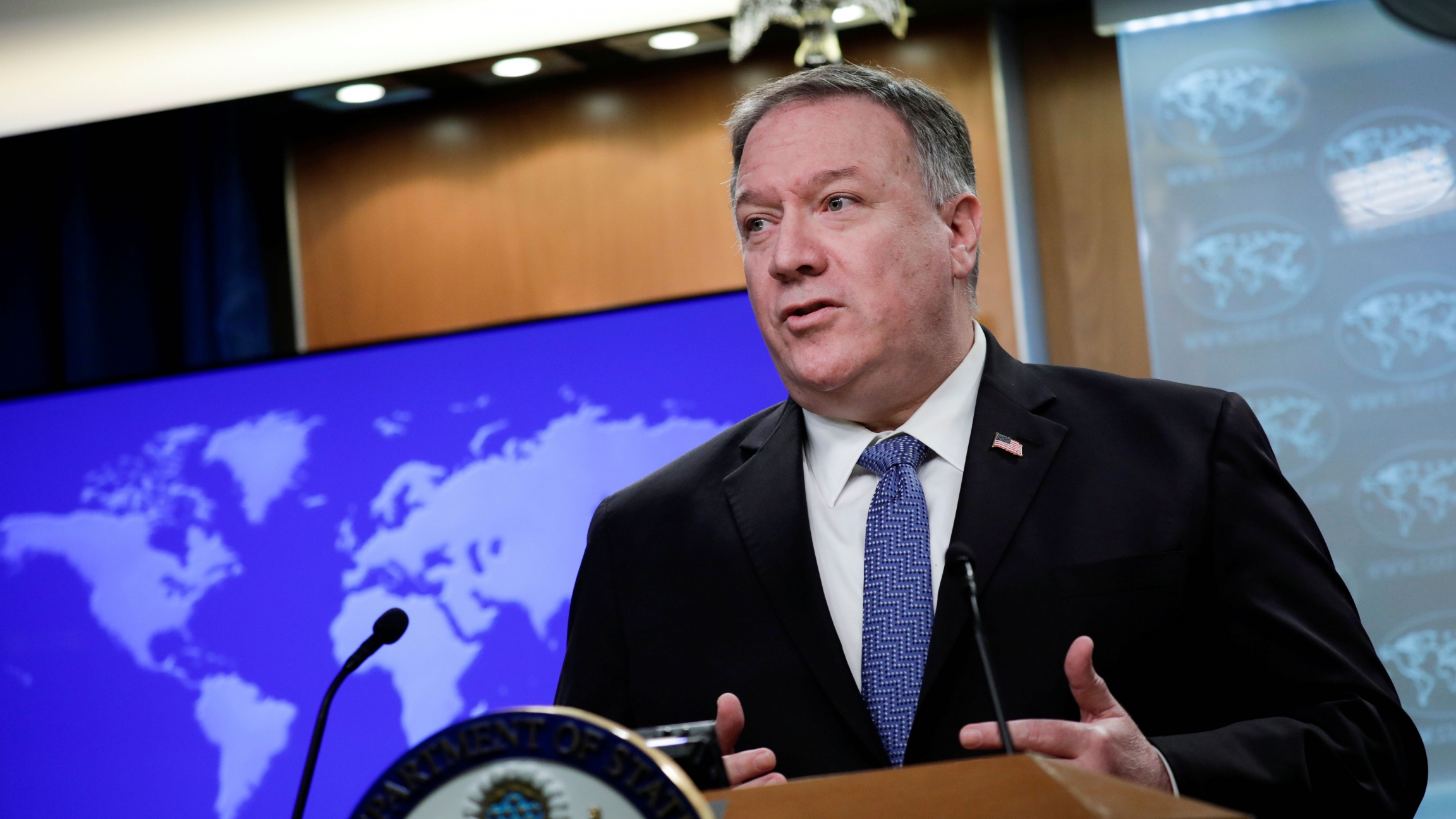 US Secretary of State Mike Pompeo delivers remarks to the media at the State Department in Washington, March 5, 2020.

“Is it, in fact, true, as our Declaration of Independence asserts, that as human beings, we — all of us, every member of our human family — are endowed by our creator with certain unalienable rights?” Secretary of State Mike Pompeo asked when he announced the creation of the Commission on Unalienable Rights last July.

The question sparked immediate outcry from human rights groups who fear that, through the commission, the Trump administration could lead countries across the world to value some rights — and some people — over others.

Once you start working from home, are showers even necessary? 🚿

US restricts travelers from Europe to halt the spread of coronavirus 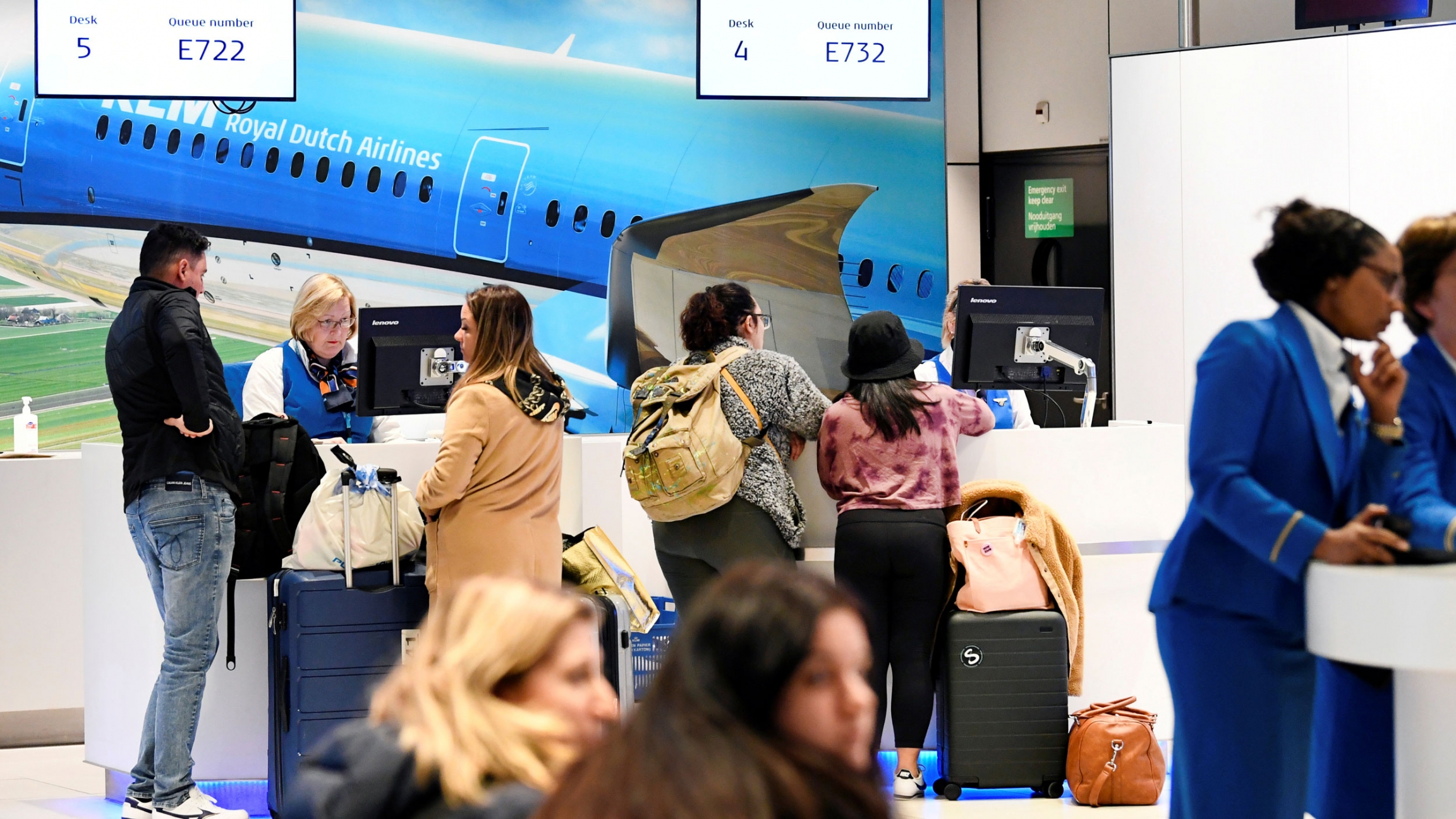 As a travel restriction for European countries is announced by US President Donald Trump, travelers wait for information in the departure hall at the KLM Service Desk in Schiphol, Netherlands, March 12, 2020.

US President Donald Trump announced sweeping restrictions preventing most foreign nationals traveling from much of Europe from entering the US for 30 days in an effort to try and combat the spread of the coronavirus. The move sent travelers scrabbling at airports around the world. And, the federal government has taken a lot of flack for inadequate testing for the coronavirus. How does testing in the US compare to other nations? Also, our new series, The Big Fix, launches. It's an ongoing look at what the world can be doing to combat climate change.