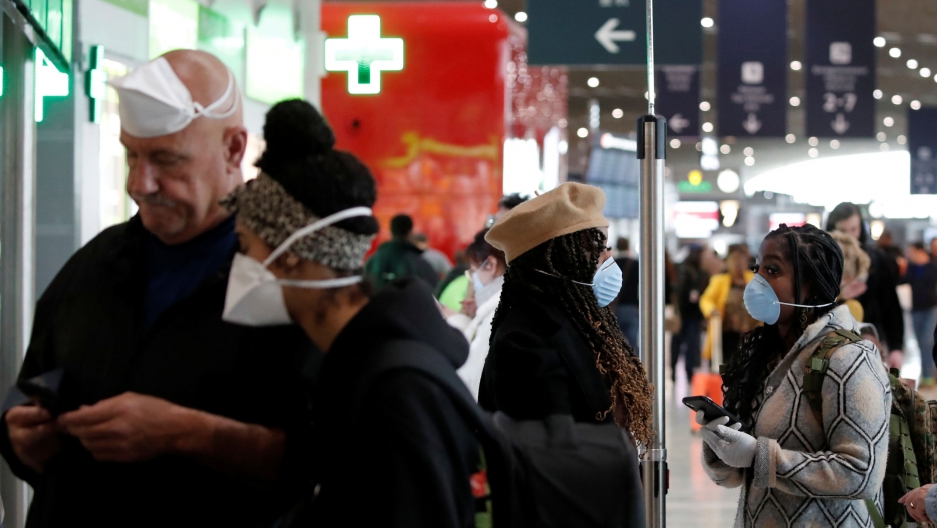 US President Donald Trump has imposed sweeping restrictions on travel from Europe forcing travelers around the world to scramble to rebook flights as global markets continued to reel on Thursday.

However, China, where the coronavirus disease originated, said its epidemic had peaked and the global spread could be over by June if other nations applied similarly aggressive containment measures as Beijing's communist government.

Trump had downplayed risks to the United States during the crisis, but with epidemics ballooning from Iran to Italy and Spain, he limited travel from continental Europe for 30 days.

"This is the most aggressive and comprehensive effort to confront a foreign virus in modern history," he said in a prime-time televised address from the Oval Office on Wednesday.

That sent markets into a tailspin, with European shares plunging to their lowest in almost four years and oil also slumping.

It also sent stressed travelers rushing to airports to board last flights back to the United States.

"It caused a mass panic," said 20-year-old Anna Grace, a US student at Suffolk University on her first trip to Europe who rushed to Madrid's Barajas airport at 5 a.m. to get home.

The outbreak has disrupted industry, travel, sports and entertainment worldwide. But its progress in the epicenter of China's Hubei province has slowed markedly amid strict curbs on movement, including the lockdown of its capital Wuhan.

Hubei logged just eight new infections on Wednesday, the first time in the outbreak it has recorded a daily tally of less than 10. Beyond Hubei, mainland China had just seven new cases, six of them imported from abroad.

"The peak of the epidemic has passed for China," said Mi Feng, a spokesman for the National Health Commission.

The Chinese government's senior medical adviser, Zhong Nanshan, an 83-year-old epidemiologist renowned for helping combat the SARS outbreak in 2003, said the crisis could be over by mid-year.

"If all countries could get mobilized, it could be over by June," he said. "But if some countries do not treat the infectiousness and harmfulness seriously, and intervene strongly, it would last longer."

The coronavirus has infected more than 126,000 people across the world, the vast majority in China, and killed over 4,600, according to a Reuters tally.

Already annoyed at what it considered over-draconian travel restrictions by Washington early in the crisis, Beijing smarted again at latest US criticism of its handling.

The World Health Organization (WHO) now officially describes the crisis as a pandemic, meaning it is spreading fast across the globe.

Trump's surprise travel order, which starts at midnight on Friday, does not apply to Britain or to Americans undergoing "appropriate screenings," he said. "The restriction stops people not goods," he tweeted after his speech.

The 27-nation European Union bloc was not impressed.

"The European Union disapproves of the fact that the US decision to improve a travel ban was taken unilaterally and without consultation," European Commission president Ursula von der Leyen and Council president Charles Michel said in a statement.

"This is something that markets had not factored in ... it's a huge near-term economic cost," Khoon Goh, head of Asia Research at ANZ in Singapore, said of the US move.

Although exempt from Trump's ban and no longer a member of the EU, Britain also expressed disappointment, saying it would have an impact on its economy.

In the United States, classes were suspended for two weeks in the greater Seattle area, which accounts for the bulk of at least 38 US fatalities from the disease.

Oscar-winning American actor Tom Hanks announced on Twitter that he and his wife had tested positive in Australia, where he is on a film shoot.