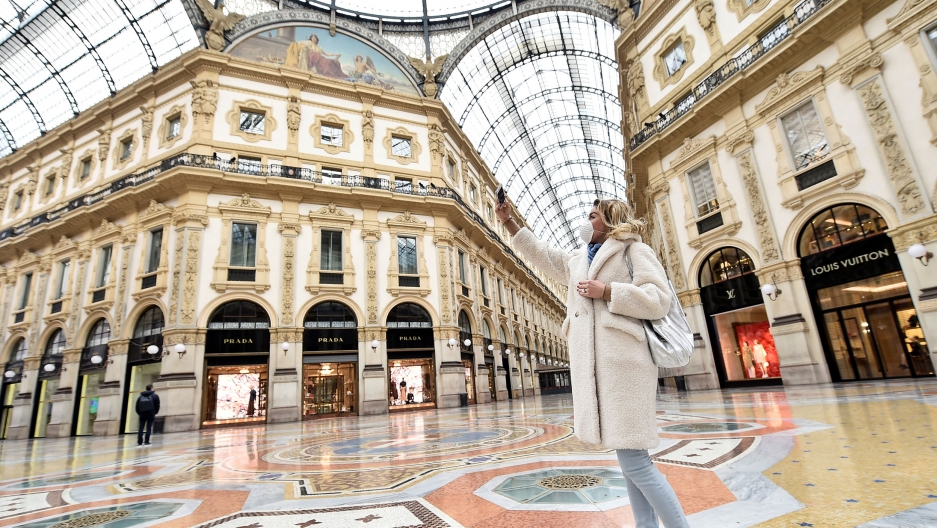 A woman wearing a protective face mask takes a selfie in Galleria Vittorio Emanuele II after a decree orders for the whole of Italy to be on lockdown in an unprecedented clampdown aimed at containing the coronavirus, in Milan, Italy, March 10, 2020.

Italian Prime Minister Giuseppe Conte announced measures to expand the country's lockdown across the entire country on Tuesday leaving streets in the capital Rome and other cities deserted in a bid to slow Europe's worst outbreak of the coronavirus.

"The future of Italy is in our hands. Let us all do our part, by giving up something for our collective good," Conte said in a tweet, encouraging people to take personal responsibility.

The latest steps came after data showed the coronavirus outbreak continuing to spread, with 9,172 positive cases recorded as of Monday and 463 deaths, heavily concentrated in the prosperous northern regions of Lombardy, Emilia Romagna and Veneto.

In Rome, cars circulated freely under a clear blue sky in the normally traffic-clogged center and commuters could find seats in the usually packed underground system during rush hour. 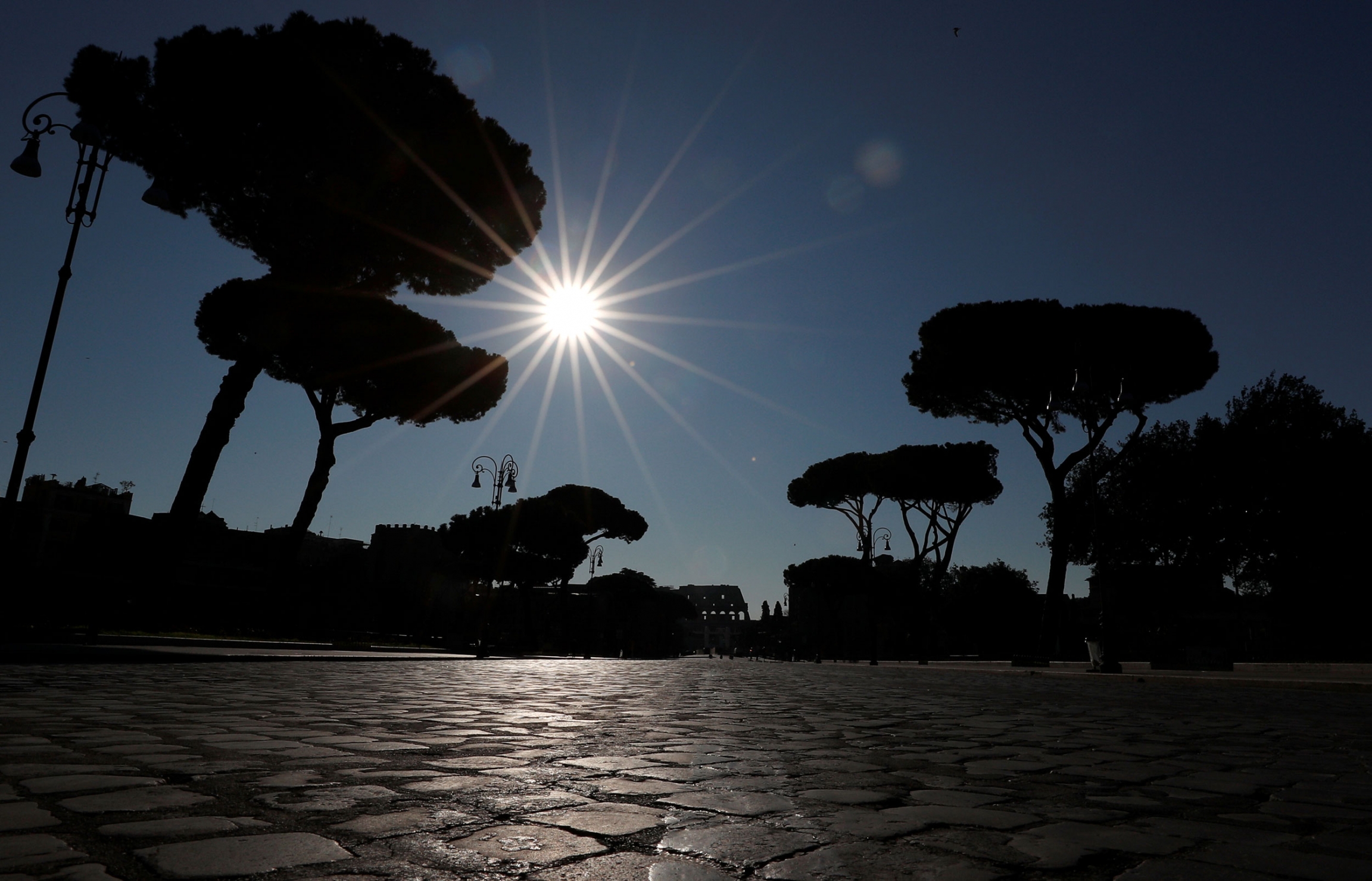 A virtually deserted street near the Colosseum is pictured after a decree orders for the whole of Italy to be on lockdown in move to contain the coronavirus, in Rome, Italy, March 10, 2020.

Rome landmarks including the Trevi Fountain, the Pantheon, the Spanish Steps and St Peter's Square in the Vatican were closed or empty, with police telling tourists to return to their hotels.

For at least the next three weeks, people have been told to stay at home if possible, moving only for reasons of work,  health needs or emergencies. Anyone traveling will have to carry a document declaring their reasons and schools and universities will remain closed.

Outdoor events, including sports fixtures, have been suspended, while bars and restaurants will have to close from 6 p.m. Shops are allowed to remain open as long as customers maintain a minimum distance of a meter between each other.

"The whole of Italy is closed now," was the headline in Corriere della Sera, the country's largest circulation daily.

In the wake of the clampdown, neighboring Austria said it would deny entry to people arriving from Italy, while British Airways canceled all flights to and from the country.

The measures are some of the most severe controls imposed on a Western country since the Second World War and already there have been questions about how effectively they can be enforced across a country of 60 million people.

Shortly after Conte announced them, shoppers in Rome rushed to late-night supermarkets to stock up on food and basic necessities, prompting the government to declare that supplies would be guaranteed and urging people not to panic buy.

"You've also got the worry that the supermarkets will be emptied out of fear. If people keep over-buying there won't be any water left," said building superintendent Gianni, who like many Italians drinks bottled water.

"They should make people do it with an identity card, with one case per family," he said, refusing to give his surname.

In the financial capital Milan, already under stricter controls, the situation was similar, with many shops and businesses open but far fewer people than normal on the streets.

The World Health Organization has praised Italy's "aggressive" response to the crisis, since the first cases emerged near Milan almost three weeks ago, saying it could help contain the spread of the disease from its northern epicenter.

But the economic cost has been huge, with sectors from manufacturing to tourism reporting a collapse in orders that will impact for months to come.

On Monday, the Milan stock exchange dropped over 11% and Italy's borrowing costs shot up, reviving fears that an economy already on the brink of recession and struggling under the eurozone's second-heaviest debt pile could be plunged into crisis.

The market recovered some ground on Tuesday, with the all-share index up almost 3% in early trade.

Conte has already promised "massive shock therapy" to help deal with the immediate economic impact of the crisis and on Tuesday, Industry Minister Stefano Patuanelli said the government would approve measures worth around 10 billion euros.

As well as pressing the European Union to relax its strict borrowing rules, he said the government was also working on temporarily suspending payments of bills, taxes and mortgages to ease pressure on small firms and households.

By Angelo Amante and Giselda Vagnoni/Reuters