When the first case of the coronavirus — COVID-19 — was confirmed in Nigeria last week, the country’s health officials were ready.

“We’ve been preparing for this literally as soon as the outbreak broke.”

“We’ve been preparing for this literally as soon as the outbreak broke,” said Dr. Chikwe Ihekweazu, the director-general of Nigeria’s Centers for Disease Control and Prevention.

“We’ve done various simulation exercises with rapid response teams. We are looking at the bed capacity of various hospitals at the moment,” he continued, noting the country now has five labs that can test for the coronavirus.

This wasn’t Nigeria’s first time preparing for an outbreak. In 2014, the country successfully ended an outbreak of Ebola, and today, Nigeria is facing an outbreak of Lassa fever. But there’s one thing that has caught officials off guard. It’s easier to detect than the coronavirus, but perhaps just as hard to fight: fake news.

The fake news around the coronavirus has ranged from claims that millions of people have died to faux science suggesting that drinking boiled water can cure you of COVID-19. While fake news is a global problem, it is especially so in Nigeria — where false information on social media can quickly end up on legitimate news websites.

“So, you have cases where something is trending on Twitter or Facebook, and then the next morning, traditional newspapers put it on their front page,” Ajikobi said.

Africa Check has partnered with Facebook and other companies in the past in an effort to leverage the platforms used to spread fake news.

For example, earlier this year, Africa Check launched a new initiative on WhatsApp: a chatbot named Kweli, to which people can send information that needs to be verified or fact-checked. Kweli means “truth” in Kiswahili. 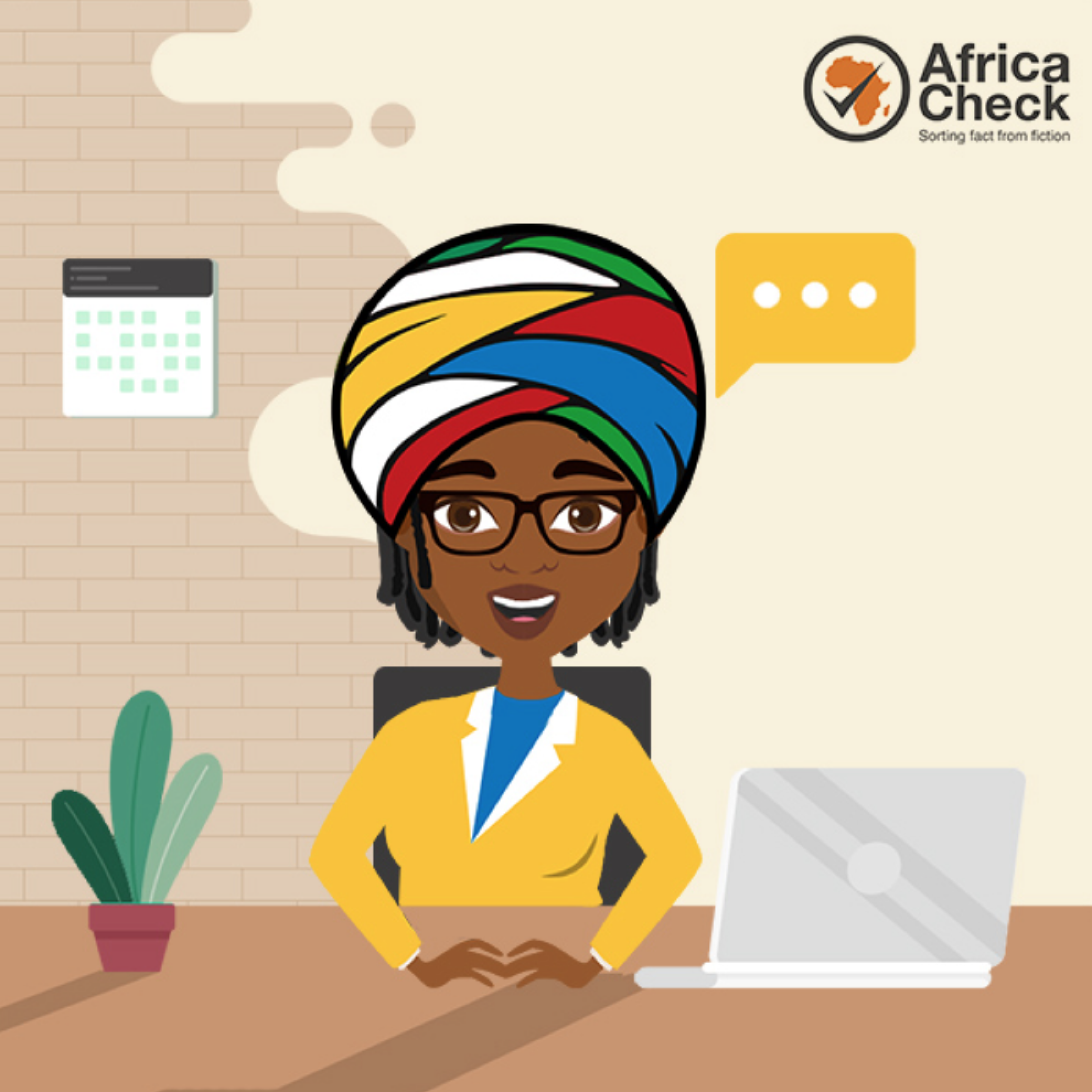 People can send information that needs to be verified or fact-checked to Africa Check's chatbot.

“The idea is that you see something, you aren’t sure of the veracity, you send it to the chatbot,” said Ajikobi, adding that once the AfricaCheck team receives the claims on WhatsApp, it quickly works to verify or debunk them by consulting officials, scientists and medical journals.

The urgency of countering health misinformation is not lost on health officials.

“Literally, lives depend on it,” We cannot even estimate the number of people who fell for it.”

“Literally, lives depend on it,” said Ihekweazu, recalling how during the country’s Ebola outbreak in 2014, fake news about a possible cure was widely circulated. “We cannot even estimate the number of people who fell for it.”

This week, Ihekweazu found himself the subject of fake news when articles online said that he was in quarantine and possibly had the coronavirus himself.

In reality, he was in self-isolation after returning from a trip to China with the World Health Organization to learn from the country’s response. “I’m perfectly well. I’ve had three tests just to be sure. I’ve been working from home at full speed,” said Ihekweazu, who says the time it takes to counter fake news takes valuable time and resources away from trying to contain the spread of coronavirus.

The Nigeria Centers for Disease Control and Prevention has set up a crisis communication team in an effort to share correct information to the public, and debunk the misinformation circulating on Nigerian’s WhatsApp channels and on social media.

In a recent video, the NCDC and Ministry of Health teamed up with popular Nigerian Actress Funke Akindele Bello to share information on hygiene and sanitation.

Said Bello: “It’s important that we spread facts and not rumors.”