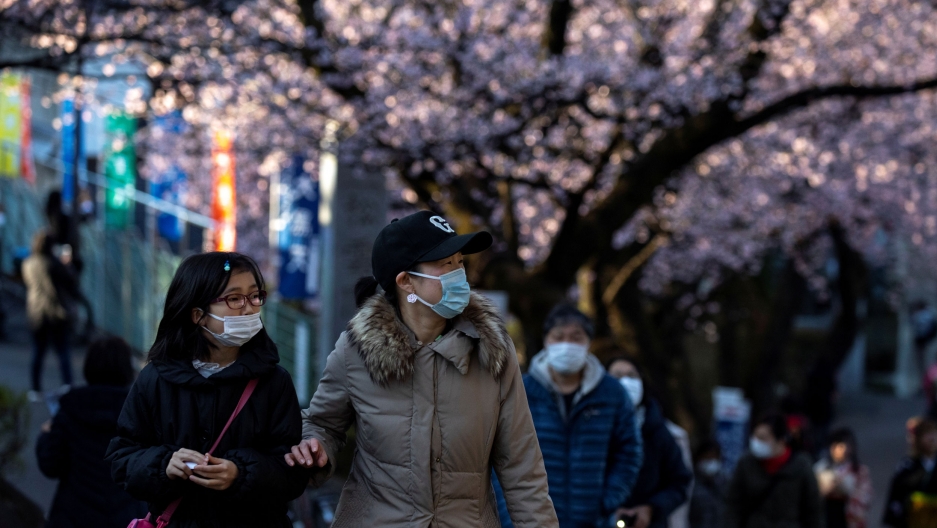 Stock markets again tumbled on Friday as the number of coronavirus infections around the world surpassed 100,000 and the economic damage wrought by the outbreak intensified.

An increasing number of people faced a new reality with the global outbreak of coronavirus as many were asked to stay home from work, schools were closed, large gatherings and events were canceled, stores cleared of staples like toiletries and water, and face masks became a common sight.

In London, Europe's financial capital, the Canary Wharf district was unusually quiet. S&P Global's large office stood empty after the company sent its 1,200 staff home, while HSBC asked around 100 people to work from home after a worker tested positive for the illness.

In New York, JPMorgan divided its team between central locations and a secondary site in New Jersey while Goldman Sachs sent some traders to nearby secondary offices in Greenwich, Connecticut and Jersey City.

The outbreak, which has killed more than 3,300 people globally, has radiated across the United States, surfacing in at least four new states plus San Francisco.

More than 2,000 people were stranded on the Grand Princess cruise ship after it was barred from returning to port in San Francisco because at least 35 people aboard developed flu-like symptoms. Test kits were delivered at sea to the vessel.

Moves by some major economies including the United States to cut interest rates and pledge billions of dollars to fight the epidemic have done little to allay fears about the spread of the virus and the economic fallout with supply chains crippled around the world, especially in China.

"There's concern that while there has been a response from the Fed, given the nature of the problem, is this something the central bank can really help with?" said John Davies, G10 rates strategist at Standard Chartered Bank in London. 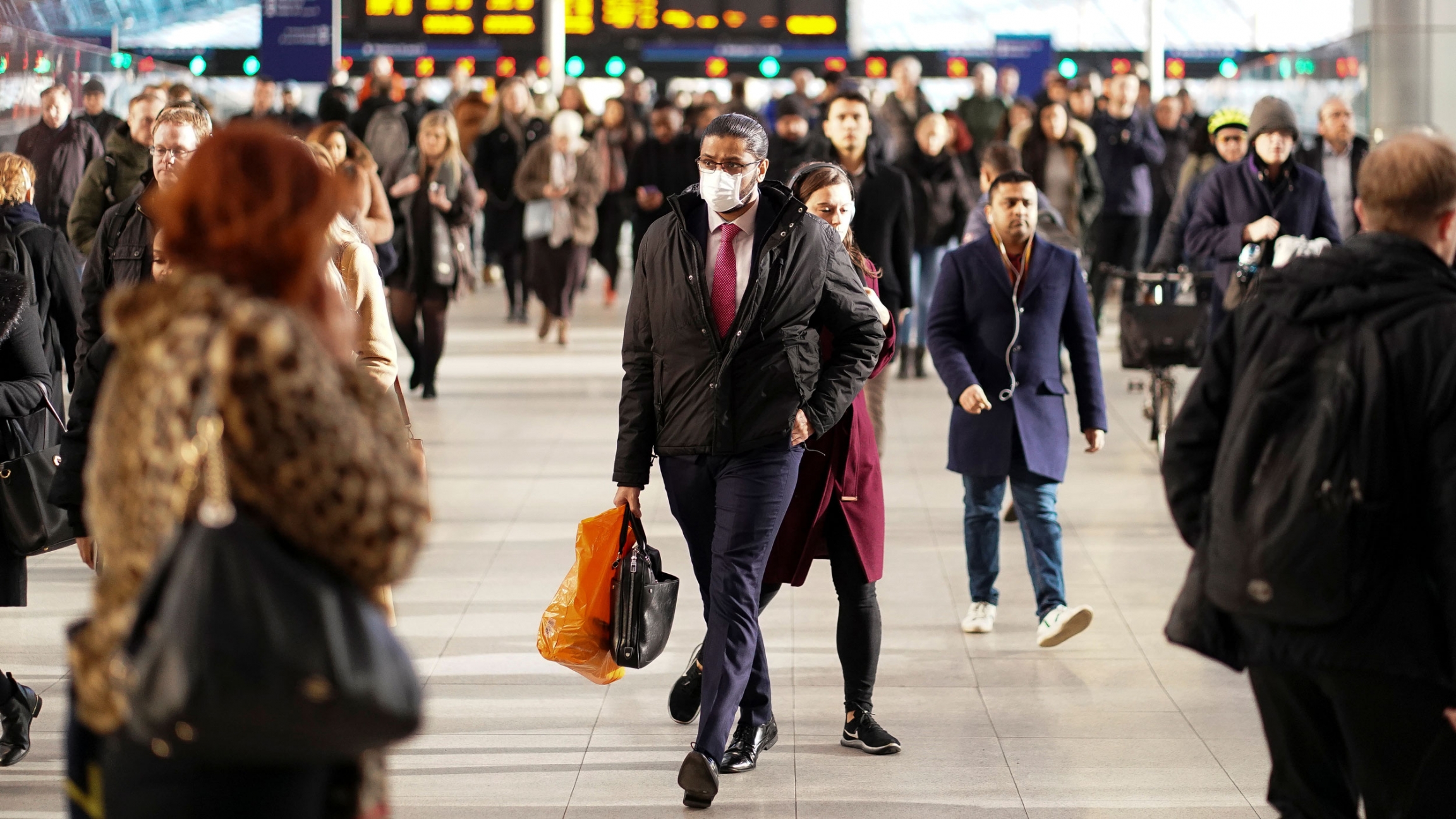 A man is seen wearing a protective face mask at Waterloo station in London, Britain, March 6, 2020.

European stocks continued their slide after the Japanese market dropped to a six-month low, with 97% of shares on the Tokyo exchange's main board in the red.

Airline and travel stocks have been among the worst affected as people canceled non-essential travel. Norwegian Air Shuttle, the hardest-hit stock among European carriers, has fallen almost 70% since the start of February.

US stock index futures dropped sharply over fears about the epidemic, which has prompted a sharp cut to global economic growth forecasts for 2020. The benchmark S&P 500 looked set to close out the week more than 10% below its record-high close on Feb. 19.

"If this really ramps up, we could see a lot more kitchen-sinking updates from the travel industry and airlines," said Chris Beauchamp, chief market analyst at IG. "What's impressive about the current move is it probably understates the degree of disruption we could be facing across the US and Europe."

Yields on long-dated US Treasury bonds fell to record lows, while gold was on course for its biggest weekly gain since 2011 as investors fled to assets seen as safe havens.

More than 98,000 people have been infected in over 85 countries, according to a Reuters tally. Mainland China, where the outbreak began, has seen more than 3,000 deaths, while the death toll in Italy stood at more than 140.

At current rates, the number of confirmed cases of the virus will surpass 100,000 on Friday.

About 3.4% of confirmed cases of the new coronavirus — known as COVID-19 — have died, far above seasonal flu’s fatality rate of under 1%, the World Health Organization said this week.

In the US at least 57 new cases of coronavirus were confirmed as the virus struck for the first time in Colorado, Maryland, Tennessee and Texas, as well as San Francisco in California. Some 230 people have been infected in total and 12 have died.

Google, Facebook, Amazon, and Microsoft advised employees in the Seattle area to work from home, after some caught the virus. The companies' work-from-home recommendation will affect more than 100,000 people in the area.

The US Senate on Thursday passed an $8.3 billion bill to combat the outbreak, joining a slew of countries including China and South Korea in bolstering their war chests.

By Lawrence White and Dan Whitcomb/Reuters