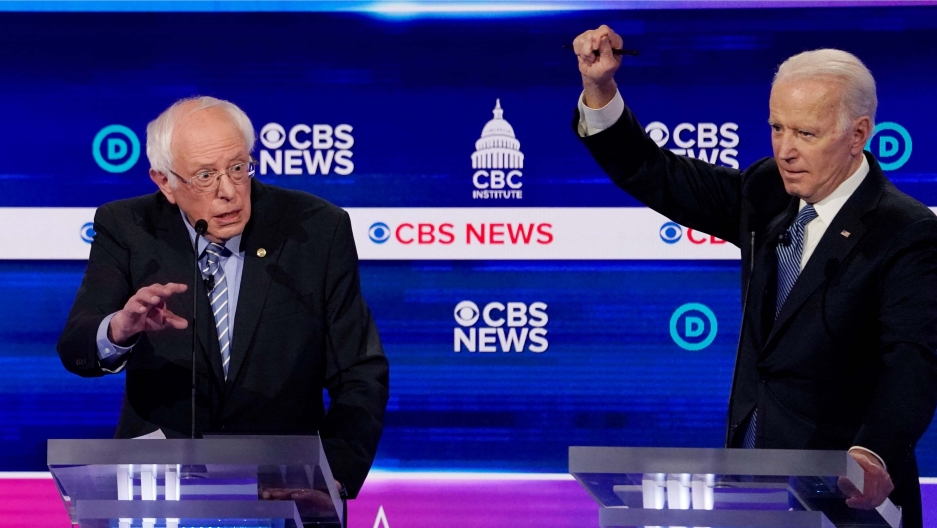 Even as the field of 2020 Democratic presidential candidates narrows, voters concerned about where candidates stand on immigration policies are still waiting for specifics.

Last week, at a campaign event in San Francisco for then-candidate Elizabeth Warren, Julián Castro took the microphone to cheers from the young, diverse crowd. He was introduced as Vice President Julián Castro — the joke being that if Warren won the Democratic Party nomination, he’d be her running mate. (Warren, at one point the front-runner, dropped out of the race Thursday.)

One reason people were so enthusiastic about Castro, a former presidential candidate himself, was his in-depth platform on immigration. He was the first candidate to come out with a plan — and the first to propose decriminalizing some unauthorized crossings of migrants into the US. He took heat for that. But ever since Castro left the race, immigration has also gone into the shadows — at least on the presidential debate stage.

“Well, look, it’s unfortunate that the debate moderators have chosen not to ask questions about immigration lately, the way that they did at the beginning,” Castro told The World.

The moderators do play a role. But the two remaining major candidates — former Vice President Joe Biden and Sen. Bernie Sanders of Vermont —  are largely sticking to similar talking points, saying they’ll start reversing on day one what the Trump administration has done. It’s a long to-do list: They’ll have to stop President Donald Trump’s travel ban, accept more refugees, and restore DACA, or Deferred Action for Childhood Arrivals — the Obama-era program that grants work permits to undocumented immigrants who came to the US as kids.

But people who’ve been working on immigration for years also want to hear what a Democratic president would do on day two — beyond reversing Trump’s policies.

Cristina Jiménez co-founded United We Dream, a national immigrant rights group. She came to New York City from Ecuador when she was 13 and lived in the US for years as an undocumented immigrant.

“It's been disappointing to see that the conversation around immigration has not even been a key part of many of the debates that we've had during the primary season."

“It's been disappointing to see that the conversation around immigration has not even been a key part of many of the debates that we've had during the primary season,” she said.

Jiménez wants to hear what exactly the candidates mean when they use phrases such as “comprehensive immigration reform.”

“For people who are involved in the shaping of immigration policy and politics, comprehensive immigration reform means more enforcement, more punishment and more criminalization for immigrant communities, in exchange of a pathway to citizenship,” Jiménez said.

Others agree that more specifics are needed, but also that the candidates are focusing too much on what is anti-Trump.

“That makes sense, but it’s a missed opportunity with respect to what unifies us,” said John Yang, executive director of Asian Americans Advancing Justice, an advocacy group. “Certainly they will say that this administration splinters us and divides us, but they are missing an opportunity to talk about the fact that one of the reasons that America has always been so wonderful is that it gets re-energized by immigrants. This administration literally has said a few times that America is full. There is no room here. And that is so contrary to all the data that we have about America. Even right-leaning think tanks, conservative think tanks, recognize that we need more immigrants in this country.”

The topic of immigration may get harder to avoid once it’s Trump versus a single Democrat — and if that candidate must get detailed about their plans. Muzaffar Chishti, director of the non-partisan Migration Policy Institute office at New York University School of Law, also wonders what if there’s an increase of migrants at the border. “What policies are you going to have? Are you going to let all of them in, hundreds of thousands?” he asks. “If they [the candidates] start taking positions on what they will actually do, then they have to make hard choices.”

The Democratic candidates — those who remain and those who have recently dropped out — have introduced immigration plans and support policies that once seemed polarizing.

“Raise your hand if your government [health care] plan would provide coverage for undocumented immigrants,” one moderator asked in a presidential debate last summer.

All the candidates’ hands went up. But polls show divisions on that issue. Candidates have also proposed temporarily freezing deportations (and they have flip-flopped on the issue). It could all give Trump an opening to label the Democrats as pro-open borders, even if they are not.

And while Jiménez has been disappointed in how little the Democrats have spoken about immigration, she says they’re better than the alternative.

“Because what you see is a completely different rhetoric than what Trump is laying out,” Jiménez said. “What all the Democratic candidates, including those who are moderates, are being very clear about is they are not in alignment with the policies of the Trump administration with regards to immigrants.”