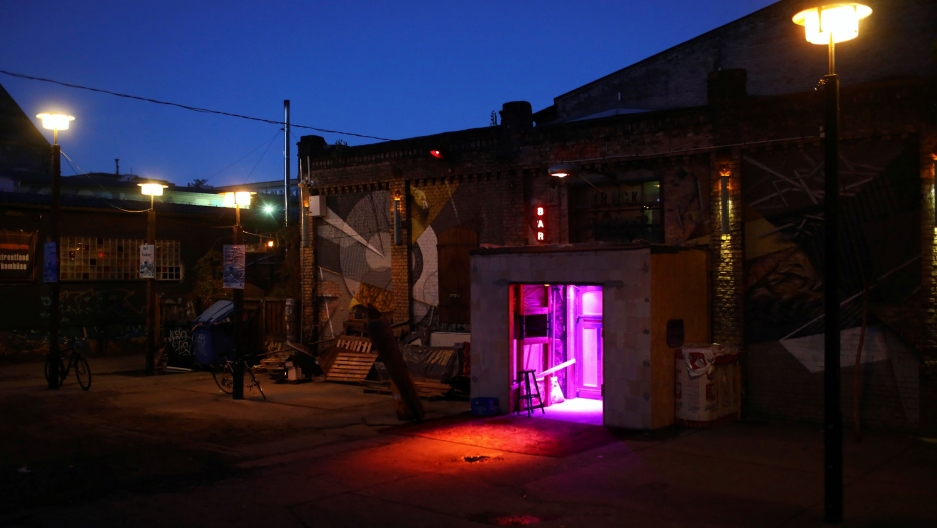 Dawn lights the sky behind nightclub Crack Bellmer in the RAW area of Berlin, Germany, on Sept. 6, 2016.

Berlin is changing. The German city that used to be defined by techno raves, artists and squatters is rapidly gentrifying. Night clubs are forced out because of rising property values and housing shortages.

And they’re disappearing quickly: About 100 clubs have closed in Berlin over the past decade and some 25 more are under threat.

But recently, a group of people has been trying to save the club scene. They’re advocating for a new law to amend the existing building code that would give night clubs the same status as opera houses. The measure would make it easier for new clubs to get zoning licenses and reduce restrictions on where clubs can operate.

Related: A Puerto Rican enclave in Brooklyn confronts the realities of rising prices and gentrification

Under current rules, clubs are in the same urban planning category as brothels and casinos. The new legislation would pave the way for more clubs to open, even in residential neighborhoods.

In 2011, Daniel Plasch, a former lawyer who fell in love with techno music as a teenager in the '90s, opened up Stattbad, a techno club in an abandoned city pool. It was shut down when its owner sold the building in 2015 to a private developer — for a huge profit — and converted the space into rental apartments.

Transactions like the one that shuttered Stattbad have become so common that people have coined a term for it: “Clubsterben,” which translates as “club death.”

The closures will result in a loss of revenue from tourism, according to The Club Commission, an industry lobby group. It estimates that 3 million tourists come to Berlin every year for the clubs.

“It’s part of the DNA of Berlin. That you have this kind of club scene and people talk about it and come from all over the world,” he said. “Even the startup scene is advertising with ‘come to Berlin with this vibrant culture.’ And it’s, you know, it’s just defined by it."

To listen to the full story, click the “Play” button on the audio player above.