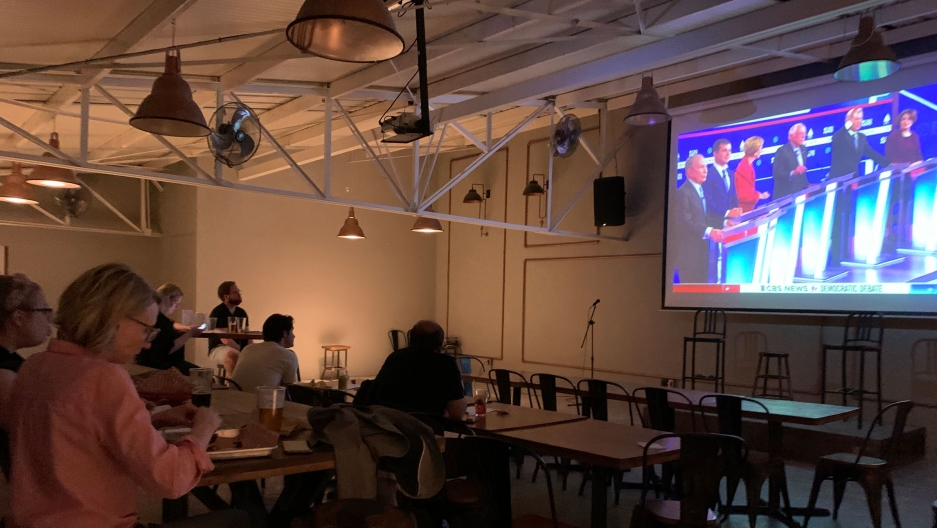 A group of American voters gathered at a BBQ restaurant in Mexico City to watch the Democratic presidential debate broadcast from Charleston, South Carolina, Feb. 25, 2020.

American voters living across the globe — from Japan to Canada to Mexico — closely watched Tuesday night’s Democratic presidential debate, and it wasn’t just to stay informed. It was because many of them have a say in who will be the party’s nominee for president.

Beginning next Tuesday, US citizens who live outside of the country and register under the Democratic Party will be able to cast their ballots in the Democrats Abroad primary, a little-known vote that could sway the campaign results.

Some 34,570 Democrats participated in the abroad primary in 2016, giving many of them a greater influence than if they had instead participated absentee in their home state. The abroad primary has a more favorable ratio of voters-to-delegates than some states do. It begins on Super Tuesday — March 3 — and lasts for a week.

“If you vote as a Democrat abroad,” said Ari Milner, a native Oregonian who lives in Mexico City, “your vote will probably count for more.”

Editor's note: A previous version of this story misstated the number of Democrats who participated in the 2016 Democrats abroad primary.