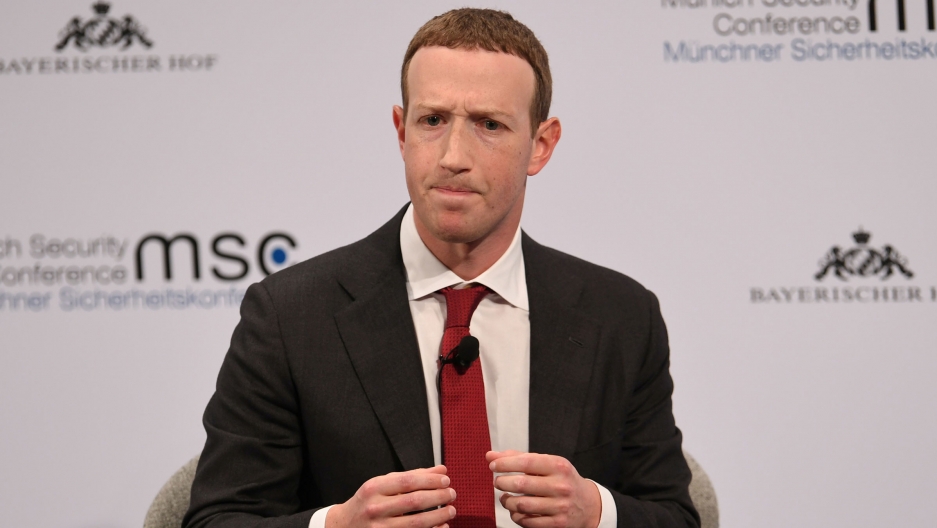 Facebook CEO Mark Zuckerberg spoke at the Munich Security Conference last month, an annual gathering where elites and officials discuss the challenges their nations face. Putin once famously trashed the post-Cold War Western order at the conference; Zuckerberg was there to tell attendees that his platform wasn’t undermining democracy. His actions tell a different story.

At first glance, his appearance at the conference might indicate that Zuckerberg and his company are investing more in understanding the ways Facebook affects the rest of the world. After all, Ukraine’s president, Volodymyr Zelenskiy, posted a smiling selfie with the tech executive, riffing on Facebook’s mantra and his own campaign slogan: “Connecting the world; we’re doing it together.”

But Ukraine is one of a host of countries where Zuckerberg and Facebook have dropped the ball. In 2015, former President Petro Poroshenko and thousands of Ukrainian citizens lobbied for the tech executive to open a Ukraine office to deal with content moderation and stem the flow of spurious information from Russian sources. Ukrainians were onto something: The “troll factory,” St. Petersburg’s Internet Research Agency, famously tested its tactics in Ukraine before rolling them out in the American information space. Still, Zuckerberg demurred. Four years later, during Ukraine’s 2019 presidential election, my research and reporting showed how Facebook’s spotty enforcement allowed domestic disinformers to flagrantly and repeatedly violate the platform’s policies on political ads and disinformation.

Facebook continues to conduct periodic takedowns of state-sponsored fakes in Ukraine and has hired a policy officer who focuses on Ukraine and other European states, but for a country on the front lines of the information war, the company’s investment should be much greater. Hopefully Zelenskiy made that point, just after he snapped the Ze-Zuck selfie.

But what of the countries that aren’t represented at Munich or similar elite events, whose leaders are unable to hobnob with the tech executive? What accountability does Zuckerberg or his company have to the governments of countries that may not represent an imminent public relations problem or a front in the information war, that have not or cannot pursue regulation, but where people and their democratic processes suffer due to the information they encounter on the platform? If Facebook’s treatment of larger, wealthier countries is any indication, none at all.

Global leaders, with the United States in the lead, need to continue to hold Zuckerberg to account in official forums, and if he is serious about solving these problems, the tech executive needs to stop avoiding them.

Related: Russia has a record of disinformation campaigns. So, why wasn't the US prepared during the 2016 election?

Zuckerberg has declined requests to testify before parliamentary inquiries in the United Kingdom and Canada. When the executive failed to show up last year to a hearing of the International Grand Committee on Disinformation and Fake News in Ottawa, convened with representatives from nearly a dozen countries, Canadian lawmakers issued a summons for Zuckerberg and Facebook's Chief Operating Officer Sheryl Sandberg that would require them to appear before parliament should they enter Canada in the future.

While avoiding answering hard questions from lawmakers around the world concerned with the effects of the platform on their societies, Zuckerberg calls for regulation at elite events like Munich. He boasts that the platform removes over 1 million accounts per day, that Facebook has hired 35,000 content moderators to weed out activity that violates its policies, and that the company will launch an oversight board this year to deal with appeals for content users believe was incorrectly removed. How many content moderators are in countries like Ukraine, reading posts in their native language? How many oversight board members will represent non-white, non-English-speaking countries?

I am glad Facebook is finally recognizing it has a disinformation problem, both at the foreign and domestic levels, and I am glad the company is beginning to invest in the structures necessary to deal with the harmful content and inauthentic behavior proliferating on its platform. But the problem is global, and not one that white westerners can solve at exclusive gatherings, or that Zuckerberg can patch over when he parachutes into a country where a Facebook-spread genocide has recently occurred. Facebook, and Zuckerberg himself, has the resources to engage meaningfully in every region in which it operates. The company and its CEO also have been offered opportunities to interface with international bodies at a high-level; it should do so with zeal.

But part of the responsibility for holding Facebook and Zuckerberg to account rests in Washington, as well. Congress has made scant progress regulating the tech behemoths; even the most pressing pieces of legislation concerning online election interference have been entombed in the legislative graveyard that is the US Senate. Outside of defending our elections from foreign interference, legislators need to consider how they can protect users’ rights to privacy, ensuring that Facebook and other tech platforms are not exploiting or being careless with user data. They need to work to ensure that voices typically marginalized by disinformation — minorities and women — are able to contribute to discourse and speak truth to power. The regulation we pass will set a democratic standard for the rest of the world, and we are currently shirking that responsibility.

The April 2018 hearings where Zuckerberg made his first Congressional appearance forced positive change in a moment of reckoning for the company. When will the next one be?