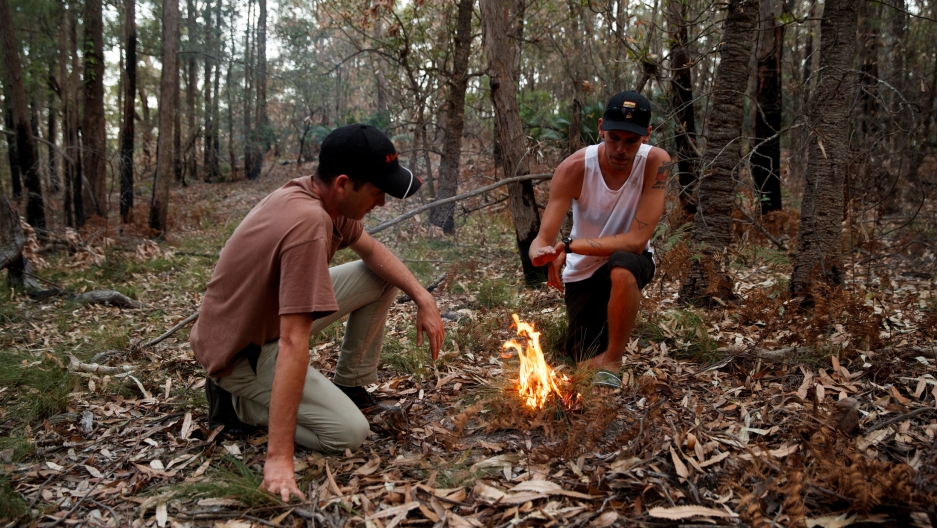 When 22-year-old Christopher “Burra” McHughes asked his grandfather about traditional fire management known as "cultural burning" — setting small fires on purpose — he said he doesn’t like to talk about it.

“When the elders were kids, they used to get punished,” McHughes said. “A lot of them still got the knowledge, but they don’t really speak about it.”

McHughes is referring to his grandfather’s time on a church mission — a forced assimilation program by the Australian government and Catholic missionaries who took tens of thousands of Indigenous children away from their families from the mid-1800s to the 1970s and penalized them for practicing their culture — including cultural burning.

McHughes’ grandfather was no exception. Cultural burning has been lost in much of Australia, due to colonization and violently-enforced assimilation. After the devastation of this year’s fire season and climate change threatening humanity’s future on the continent, McHughes and others want to bring it back. 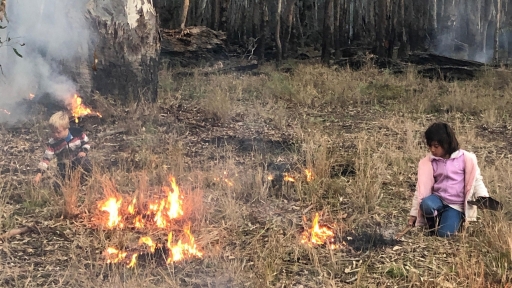 McHughes identifies as "a proud Aboriginal man," part of the Murrawarri and Ngemba tribes. He is the captain of a new Indigenous Mitigation Crew, an all-Aboriginal team of firefighters that was formed this season and is based in Brewarrina, his hometown in New South Wales, a state in southeast Australia.

McHughes has been a volunteer firefighter since he was 16. He said this year was the worst season he’s ever seen. His crew was part of the team fighting the infamous mega-fires in New South Wales. The blazes contributed to the deaths of dozens of people and more than 1 billion animals — turning flourishing ecosystems to ash.

Related: Aboriginal rangers use traditional knowledge to protect their lands

As part of their training, McHughes’ crew members are learning about cultural burning to burn away dry plants and leaves that can fuel big runaway fires in the dry season. McHughes, through conversations with elders, knows the best time of year to burn and where in a patch of forest to start the fires.

“We always start in the middle and work our way out. ... That way, the animals smell the smoke, they can hear the fire cracking, and they'll run away from the fire.”

“We always start in the middle and work our way out,” McHughes said. “That way, the animals smell the smoke, they can hear the fire cracking, and they'll run away from the fire.”

The intensity of this year’s blazes have many in Australian wondering what the government could have done better to reduce fire risk. Some politicians have pointed to a lack of controlled burning as part of the problem.

“A lot of agencies are making approaches to local traditional owner groups to get them back on the country and enabling them to do their burning,” said Deb Sparkes, who works for the Centre for Excellence in Prescribed Burning, a research center which receives some funding from the federal government. “I think there's been a real groundswell within the agencies to do that over the last three to four years.”

One community in Dja Dja Warring country in the state of Victoria did three burns in 2017, and now has over 30 planned in the next five years, Sparkes said. An annual conference on cultural burning had hundreds more attendees this year than last year.

Sparkes said the federal government is re-thinking fire management across the map.

“We're actually redesigning the Australian fire danger rating system at the moment, because the fires now are happening more and more frequently above the end of the scale that we have had in place for over 50 years,” Sparkes said. “If that's not telling about the change in Australia's fire environment, I don't know what else could be.”

“What we're trying to do is reverse, you know, 200-plus years of colonization and oppression.”

“People were literally killed and persecuted for the burning,” said Oliver Costello, a member of the Bundjalung Nation, who has made it his life’s work to revive traditional burning knowledge. Costello is the chief executive officer of Firesticks Alliance which works to raise the profile of cultural burning and share skills through workshops. “What we're trying to do is reverse, you know, 200-plus years of colonization and oppression.”

Firesticks’ website has videos of cultural burning workshops, where people gather in patches of woods and small fires simmer in the undergrowth. The fires burn the thin layers of dead leaves, revealing a moist layer of grass underneath. 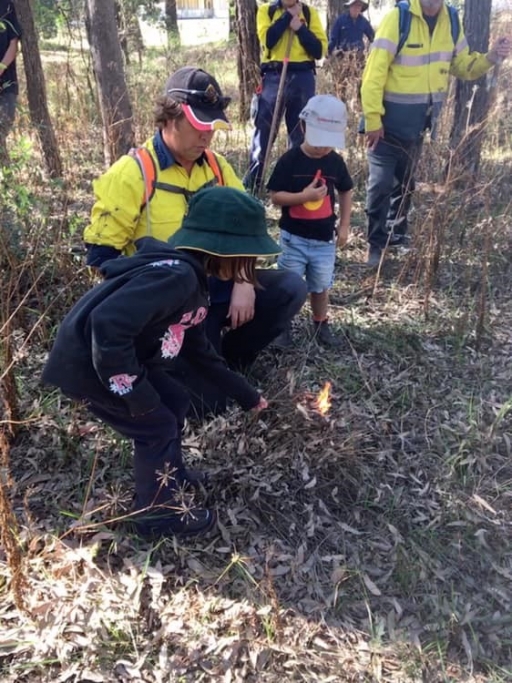 Costello said his work is about more than fire management. It’s about healing the wounds of forced assimilation for both people and their traditional lands.

“We're not just teaching people how to burn, it's teaching people about a learning pathway around their identity and their culture, which is real. It's not some kind of a story."

Costello said he was glad cultural burning has been receiving more attention, but communities need more resources and less red tape. He said that to be granted permission to reinstate cultural burning in New South Wales, groups need to apply for a hazard reduction certificate and get a burn permit.

“They shouldn’t need the government’s permission,” Costello said. “It’s their right to be making those decisions.”

Vanessa Cavanagh is a member of the Bundjalung and Wonnarua Nations, who grew up around fire in Colo Heights, northwest of Sydney, at the edge of Darkinjung Country, in rural New South Wales.

“Most summers the dads would go off fighting fires and the mums would be in the community fire shed, you know, packing lunches,” said Cavanagh.

Cavanagh’s father fought fire using a Western approach. Now, Cavanagh is studying cultural burning. She’s doing her PhD at University of Wollongong on women’s roles in the practice and the ways it helps communities pass on traditions to the next generation. She said when women come out to workshops to learn, so do their children, and nieces and nephews, and encourage generational continuity.

“As part of my research, I take my kids along with me when we go to cultural burning workshops,” Cavanagh said. “So, my children are actually participating in cultural burning.”

Cavanagh said she has always valued the idea of humans and fire co-existing.

“Fire is a part of the landscape, and we need to have relationships with fire rather than just fire-fighting. ... Fire is a friend. Fire is something that we live with and that we learn from and that we share our space with.”

“Fire is a part of the landscape, and we need to have relationships with fire rather than just fire-fighting,” she said, “Fire is a friend. Fire is something that we live with and that we learn from and that we share our space with.”

In a video stored on her phone, Cavanagh and her kids watch as a small fire crackles in front of them with smoke rising into a blue sky. She said with climate change making conditions worse, re-learning traditional methods for preventing the most extreme fires is now more important than ever.

“I think many people around Australia are now starting to say, well, Aboriginal people had relationships with fire for thousands of generations, surely there's things that we can learn from Aboriginal fire management,” Cavanagh said. “So, it's opened up the opportunity for that conversation, which has been the positive that's come out of these devastating fires.”

Update: A previous version of this story misspelled Vanessa Cavanagh's name. We regret the error.