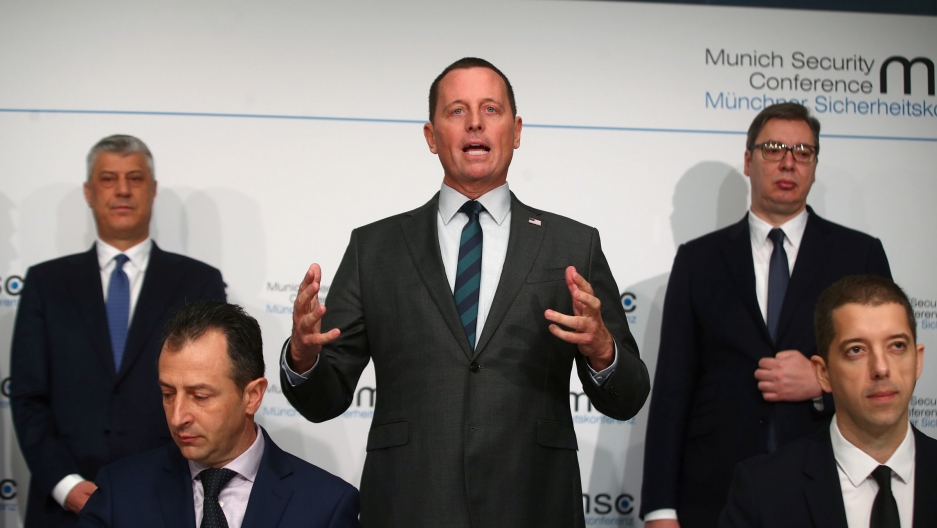 The Director of National Intelligence is the nation's top spy. The sensitive post has traditionally been held by national security professionals with long track records.

That was then. Now, US President Donald Trump has appointed US Ambassador Richard Grenell to the post as acting director.

Grenell is a Trump loyalist with little experience in intelligence. Some US allies say his appointment may make intelligence gathering and sharing more difficult, said Cathryn Clüver Ashbrook, who directs the Project on Europe and the Transatlantic Relationship at Harvard University. Europeans are bracing themselves for Grenell's tenure, Clüver Ashbrook told host Marco Werman.

Marco Werman: So, how does this play out? I mean, my mind goes back to the months prior to 9/11, when, you know, the Bush White House presumably had the A-team and they missed that.

Cathryn Clüver Ashbrook: I mean, I really wonder about how Richard Grenell, I mean, even in the best of cases, how that is going to work. I mean, his portfolio is set only for that one year. But, you know, how that's going to work in terms of really managing the relationship with Germany, that's undergoing a very difficult time in itself. And then keeping an eye on handling all the intelligence briefs that are particularly dedicated toward the Middle East where the United States is in a very difficult situation; even in the best of cases it would need somebody with an extreme diplomatic sense, a deep understanding of how the different components of the intelligence community work together. And then, conversely, how they work with allies. So, I'm not very confident that this is going to provide for smooth sailing over this next year.

What has Grenell said that has emboldened the far-right in Europe?

Well, he has joined a chorus of, you know, a couple of different voices from the Trump administration in casting Europe as in this sort of status as a foe. He very much believes in this otherwise sort of notion of the Trump administration that the European Union — and we just saw that about a week and a half ago when the president said, "Look, the European Union was created as an enemy, if you will, certainly in the trade portfolio to the United States." I mean, that's just completely out of thin air, frankly, that has nothing to do with the historic reality. And Grenell has pushed that agenda. He has given himself over to conversations with far-right politicians like Matteo Salvini in Italy. He's been an avowed fan of the Austrian chancellor, Sebastian Kurz, who up until very recently was in a coalition with the far-right Austrian People's Party that was really started by Jörg Haider. So, he has sort of said it was his goal, his avowed goal to support these conservative and far-right parties who have in their party program the very dissolution of the European Union.

So, what should we be looking out for to understand what this move will mean for US-European relations?

Well, I think it's just going to worsen what is already the suspicion of many Europeans. They very much fear there will be a reelection of Donald Trump this coming November. They think in so doing, he will further pull together these type of allies that are essentially anti-European and that there will be forces directed at Europe that will come at them from the trade front, from political fronts. I think the Europeans now feel that, in fact, Trump is not the aberration in the American political system. But almost every sort of president before them, they feel the ugly face of the United States has been fully exposed. So I think they're girding themselves.