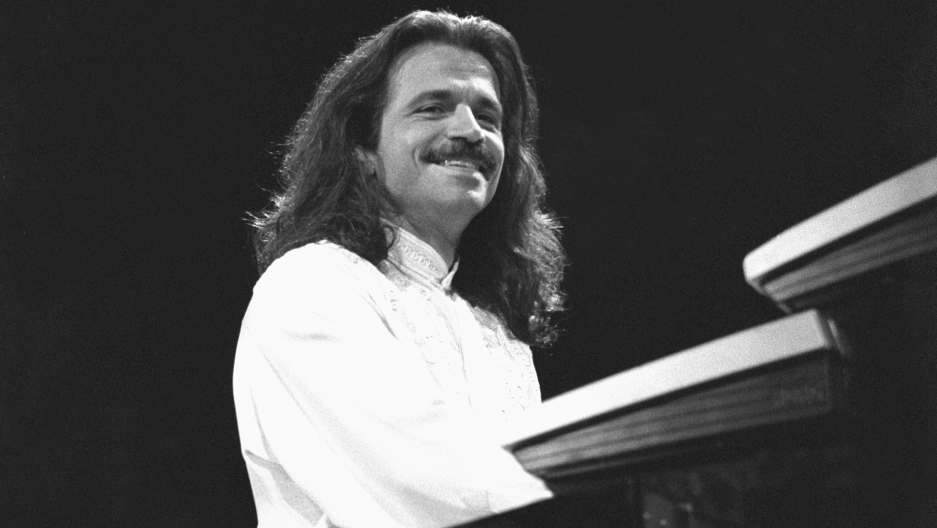 Yanni performing “Live at the Acropolis.”

Yanni’s “Live at the Acropolis” debuted in March 1994. The Greek-born composer’s concert aired constantly on TV, and the album version sold 4 million copies. He quickly became a favorite punching bag of comedians baffled by his unlikely superstardom.

But as epic as “Live at the Acropolis” looked, Yanni wasn’t actually a star when he taped it. “Yanni was a niche player,” says George Veras, the concert’s producer and director. “He was being buttonholed as a New Age artist. And there was no superstar in that genre.”

Then Yanni struck upon an ingenious but risky strategy to break himself into the mainstream: self-produce an expensive concert spectacular, then try to license it to PBS stations to air during their pledge drives.

Not only did Yanni’s plan work better than anybody could have imagined, it soon became a model for other musicians. John Tesh, another New Age composer trying to jump start his music career, took notice of the potential of pledge drives as a vehicle to stardom. “You could see what PBS was doing and that it was really the Discovery Channel,” says Tesh. “The Three Tenors and Yanni, right? Nobody knew who these guys were.”

John Tesh invested over a million dollars of his own money into his “Live at Red Rocks” special — despite not having any guarantee it would air. But his bet paid off when PBS stations took a chance on it in the March 1995 pledge drive, and he also became an overnight musical sensation.