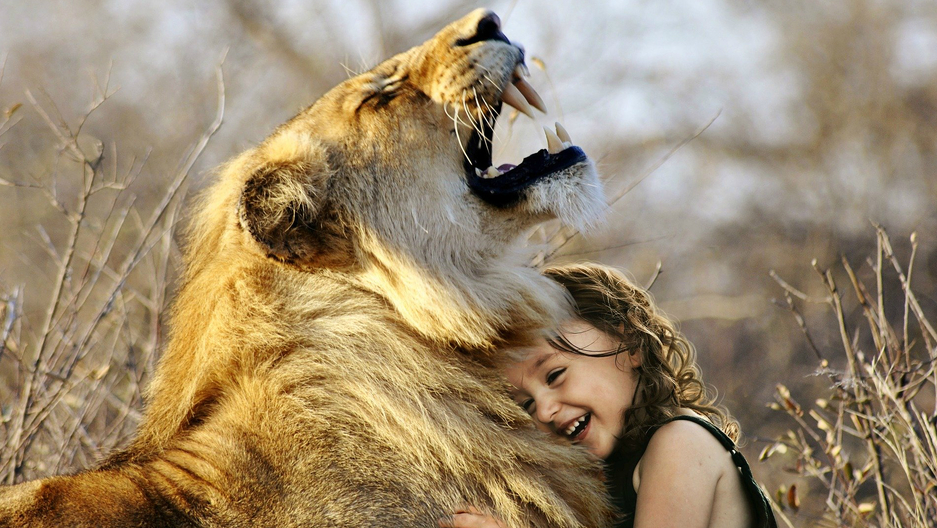 Connecting with animals in nature has benefits for human well-being — and for animals, too.

While many humans live with beloved pets, modern life often alienates us from animals in the natural world. But relationships with wildlife can reveal new levels in our humanity, Richard Louv contends in his new book, “Our Wild Calling: How Connecting with Animals Can Transform Our Lives — and Save Theirs.”

In the book, Louv explores the disconnect between humans and wildlife and shares stories of meaningful interactions between people and other species.

“This is not only about us and what we stand to gain in terms of mental health, and even physical health and spiritual health, but also the preservation of these species that are all around us,” Louv says.

Related: Nature-based preschools, where children spend most of their day outside, are a growing trend in the United States

What humans most have to gain by forging deep connections with animals is a way to address the epidemic of loneliness that exists in our current society, Louv maintains.

“Medical folks are saying that human loneliness — isolation — may soon surpass obesity as a cause of early death. ... That's a remarkable thing. And it's not just because of suicide; it’s because of all the diseases that are associated with human loneliness.”

“Medical folks are saying that human loneliness — isolation — may soon surpass obesity as a cause of early death,” he notes. “That's a remarkable thing. And it's not just because of suicide; it’s because of all the diseases that are associated with human loneliness.”

Louv makes the case that human loneliness is “rooted in an even deeper loneliness, which is species loneliness.” Studies show, for example, that urban parks with the highest biodiversity have the best psychological impact on human beings, he points out.

In the book, Louv describes a transformative personal experience that influenced his thinking. While in his small motorboat, he came upon two big golden eagles eating a dead carp. They let him get within 20 feet or so, which is rare, and as they ate, they stared straight into his eyes.

“Their eyes actually never left my eyes,” he says. “Up and down, up and down, as they ate. I felt — and I know this sounds New Age-y — but I felt something shift there between me and the eagles. … I talked to my younger son, Matthew, who was home from college, and I said, 'Matthew, this thing happened and I can't really explain it. But whoever I say I am, I'm not. Whoever I was in those moments is actually who I am.’”

These experiences are beyond the ability of human language to describe, Louv believes. But he heard many stories from people who described similar feelings, "including from hardcore scientists who wouldn't get close to anything that smacked of anthropomorphism."

“What is that thing between us? What is it that happens?” he asks. In “Our Wild Calling,” Louv decided to give it a name — the “habitat of the heart.”

“I believe there are two habitats,” he explains. “One is the physical habitat that we spend a lot of time and money trying to protect, as we should. And then there's this other habitat, the habitat of the heart, and we spend hardly any time and hardly any money trying to preserve it or explore it or nurture it. But here's the deal: If one of those habitats goes, so does the other one.”

“What I talk about in terms of reciprocity is that it goes both ways,” he says “We really need to focus on that in our individual lives, but also in our public lives. I think the times call for an adoption of this basic principle that embraces both survival and joy. We need that to repair our relationship with the natural world.”

In the book he describes the reciprocity principle this way:

"For every moment of healing that humans receive from another creature, humans will provide an equal moment of healing for that animal and its kin. For every acre of wild habitat we take, we will preserve or create at least another acre for wildness. For every dollar we spend on classroom technology, we will spend at least another dollar creating chances for children to connect deeply with another animal, plant or person. For every day of loneliness we endure, we'll spend a day in communion with the life around us until the loneliness passes away."

Louv sees great meaning in the stories we tell our children and the stories cultures tell themselves about the animal world. In so many of these stories, he notes, the animals speak our language, often directly to us.

“Now, that's very old. That's in us. That's part of who we are, part of our humanity,” Louv says. “It's one of the reasons why I'd love for people who read this book to sit around the dining room table and tell some animal stories to each other, as families.”

“These stories have great meaning,” he says. “It doesn't really matter to me whether that meaning is intrinsic and in some fashion of magic, or whether we project that meaning into that animal — not taking away the animal’s soul, but giving ourselves a deeper soul by telling that story.”