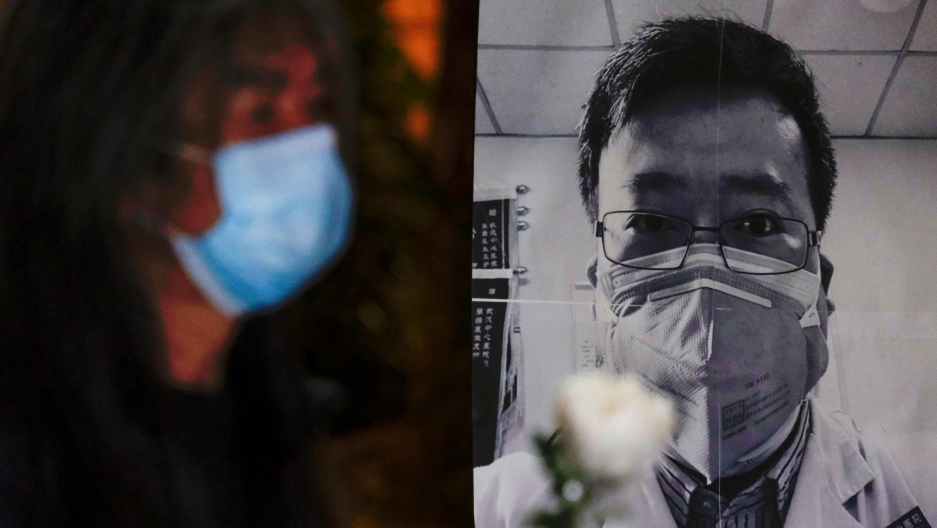 A person wearing a mask attends a vigil in Hong Kong for late Li Wenliang, an ophthalmologist who was reprimanded for warning against a "SARS-like" coronavirus before it was officially recognized.

Li Wenliang, a Chinese doctor reprimanded for warning against a "SARS-like" coronavirus before it was officially recognized died of the illness on Friday.

The death of Li, 34, has triggered outrage at the Chinese government and is fueling suspicions of censorship despite Chinese President Xi Jinping saying the country was doing all it could to contain the virus.

The death toll in mainland China reached more than 630 on Friday, with a over 31,200 cases, World Health Organization (WHO) chief Tedros Adhanom Ghebreyesus said in Geneva, warning of a worldwide shortage of gowns, masks and other protective equipment.

"For the last two days there had been fewer reported infections in China, which is good news, but we caution against reading too much into that," he told the WHO Executive Board.

"The numbers could go up again."

US President Donald Trump, after speaking to Xi by phone, said China was showing "great discipline" in tackling the virus.

"Nothing is easy, but he will be successful, especially as the weather starts to warm & the virus hopefully becomes weaker, and then gone," Trump said on Twitter. "... We are working closely with China to help!"

Li, an ophthalmologist, was among eight people reprimanded by police in the city of Wuhan, the epicenter of the flu-like contagion in central Hubei province, for spreading "illegal and false" information.

Li's social media warnings of a new "SARS-like" coronavirus — a reference to Severe Acute Respiratory Syndrome, which killed almost 800 people around the world in 2002-2003 after originating in China — angered police.

China was accused of trying to cover up SARS. 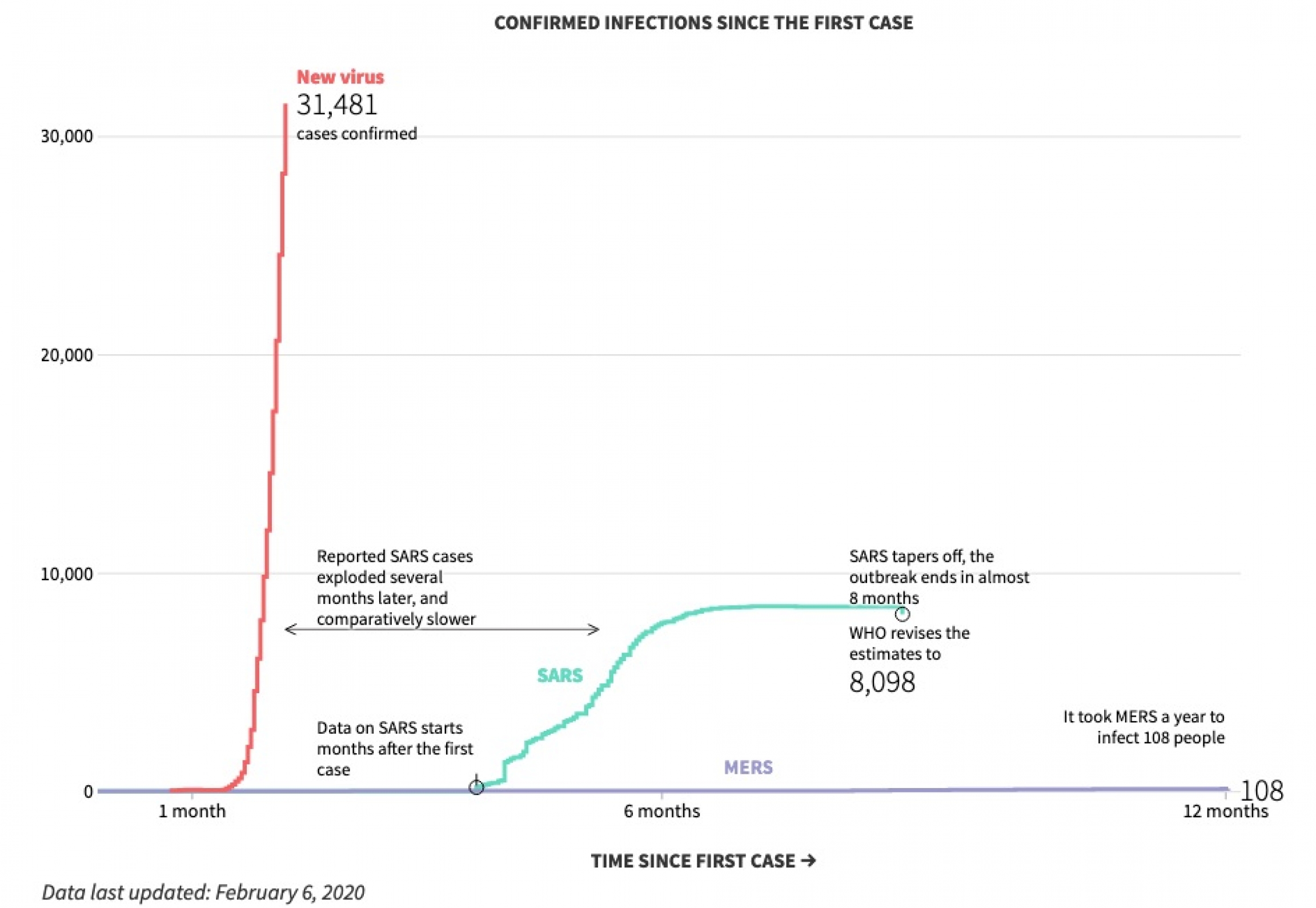 Li was forced to sign a letter on Jan. 3, saying he had "severely disrupted social order" and was threatened with charges.

A selfie of him lying on a hospital bed this week wearing an oxygen respirator and holding up his Chinese identification card was shared widely online.

“China must learn the lesson from Li’s case and adopt a rights-respecting approach to combating the epidemic," he said.

Some media described Li as a hero "willing to speak the truth" but there were signs that discussion of his death was being censored.

The topics "the Wuhan government owes doctor Li Wenliang an apology" and "we want free speech" briefly trended on Weibo late on Thursday, but yielded no search results on Friday.

The virus has spread around the world, with 320 cases in 27 countries and regions outside mainland China, a Reuters tally of official statements shows.

Mike Ryan, WHO's top emergency expert, told the Executive Board in Geneva he was worried about stigma being attached to the virus amid reports of Asians being shunned in the West.

"The unnecessary, unhelpful profiling of individuals based on ethnicity is utterly and completely unacceptable and it needs to stop," he said.

The outbreak could have spread from bats to humans through the illegal traffic of pangolins, the world's only scaly mammals, Chinese researchers said, sparking some skepticism.

"This is not scientific evidence," said James Wood, head of the University of Cambridge's veterinary medicine department.

Two deaths have been reported outside mainland China, in Hong Kong and the Philippines, but how deadly and contagious the virus is remains unclear, prompting countries to quarantine hundreds of people and cut travel links with China.

There were more than 40 new cases among about 3,700 people quarantined in a cruise ship moored off Japan, taking the total on board to 61.

Chinese-ruled Hong Kong quarantined for a third day a cruise ship with 3,600 on board after three people who had been on the vessel proved infected.

Singapore reported three more coronavirus cases not linked to previous infections or travel to China, prompting it to raise its alert to orange, the level reached during the SARS outbreak in 2003.

China has sealed off cities, canceled flights and closed factories, cutting supply lines to global businesses, so that Beijing resembles a ghost town.

Virus concerns swiped world markets on Friday but failed to stand in the way of the best week for stocks since June and the strongest for the dollar since August.

As Trump praised China's discipline, the head of the Beijing Municipal Bureau of Justice, Li Fuying, told reporters that people deliberately concealing contacts or refusing to go into isolation could be punished with death.