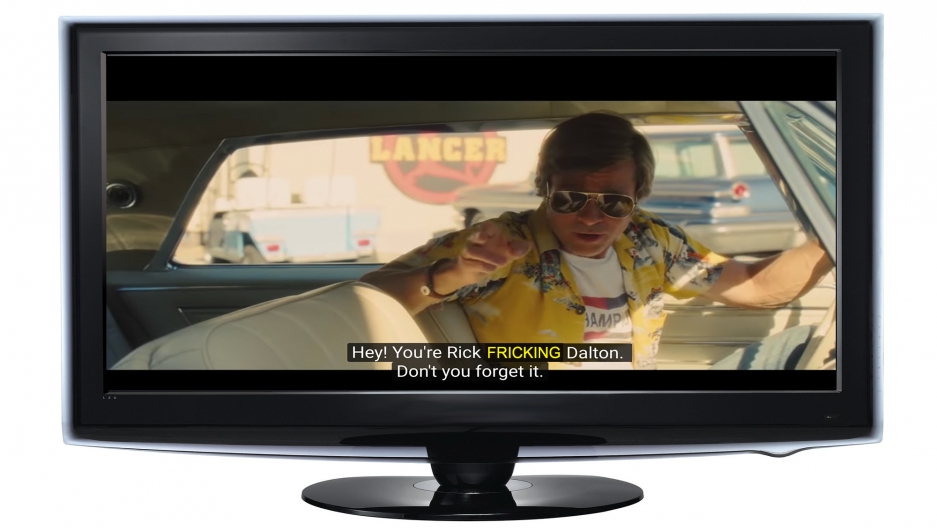 A sanitized Brad Pitt in “Once Upon a Time… in Hollywood.”

Quentin Tarantino’s screenplays are famously foul-mouthed and broadcast-unacceptable. So if you happen to watch Brad Pitt’s Oscar-nominated performance in “Once Upon a Time… in Hollywood” on TV or on an airplane, you may not be hearing his actual voice the whole time.

We talked to an actor named Mark Sussman who specializes in dubbing over the smutty lines of Brad Pitt.

Produced by Ben Adair and Ayala Ben-Yehuda at KPCC's Pacific Drift in Pasadena.