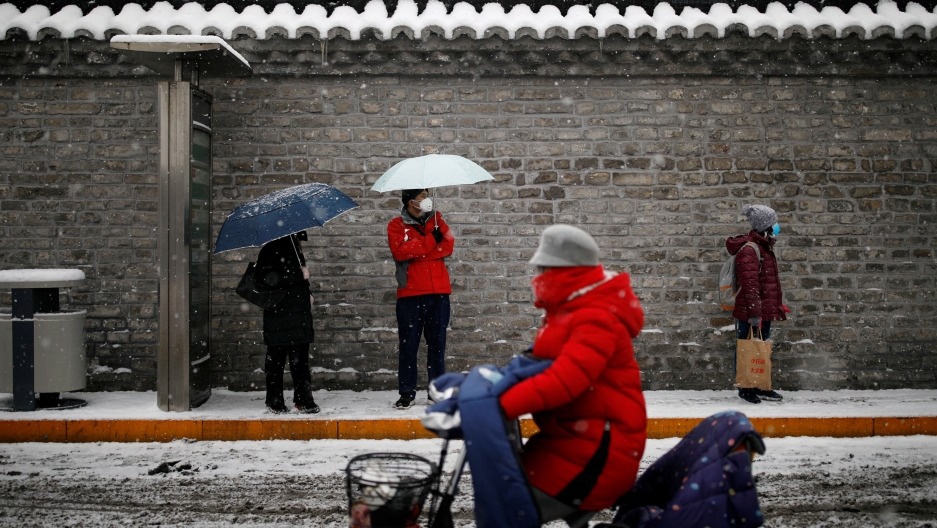 People wearing masks wait amid snow at a bus stop as the country is hit by an outbreak of the novel coronavirus, in Beijing, China, Feb. 6, 2020.

With more than 560 deaths and over 28,000 confirmed infections in China, the fast-moving coronavirus has dragged down production at more global businesses, quarantine thousands on cruise ships as scientists across the world search for a vaccine.

Moored off Japan, about 3,700 people on Carnival's Diamond Princess on Thursday faced testing and quarantine for at least two weeks on the ship, which has 20 coronavirus cases.

Gay Courter, a 75-year-old American novelist on board, said he hoped the US government would take the Americans off.

"It’s better for us to travel while healthy and also, if we get sick, to be treated in American hospitals," he told Reuters.

In Hong Kong, another cruise ship with 3,600 passengers and crew was quarantined for a second day pending testing after three cases on board.

Taiwan, which has 13 cases, banned international cruise ships from docking. 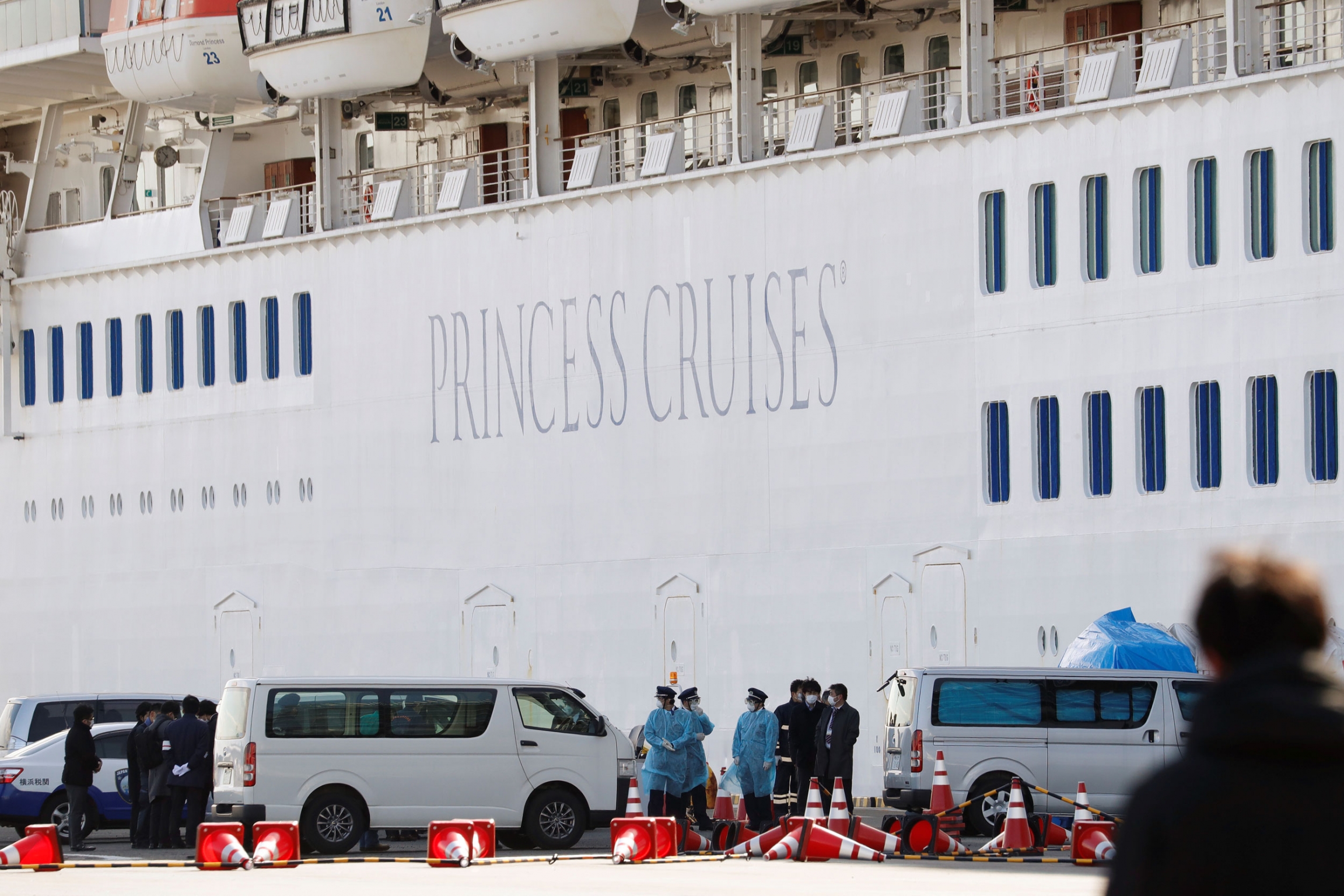 Nintendo said on Thursday delays to production and shipping of its Switch console and other goods to the Japan market were "unavoidable" due to the coronavirus.

Honda was considering keeping operations suspended for longer than planned at its three plants in Wuhan, the epicenter of the virus, Japan's Nikkei newspaper reported.

Indonesia said it stands to lose $4 billion in earnings from tourism if travel from China is disrupted for the whole year.

Chinese-ruled Hong Kong, hit by months of sometimes violent anti-China, pro-democracy unrest, said the coronavirus was hurting its economy and urged banks to adopt a "sympathetic stance" with borrowers.

But global stocks extended their recovery, cheered by record closes on Wall Street and China's announcement of a tariff cut on some imports from the United States, which analysts saw as a move to boost confidence.

China, which has bristled at being ostracised over the virus, was considering delaying an annual meeting of its highest legislative body, the National People's Congress, from March 5, sources said.

"The situation doesn't look likely to be contained by March," a government official told Reuters.

Several countries, including the United States, have banned entry to visitors who have been in China over the previous two weeks.

News of another virus hot spot emerged, linked to a mid-January company meeting in Singapore. At least three people caught the disease after a conference held with 94 overseas staff, including one from Wuhan.

Authorities have not identified the company, but the World Health Organization (WHO) said it was investigating.

Health officials in the United States and China want to get a vaccine to initial human testing within months, but drugmakers have cautioned they have a long way to go.

"There are no known effective therapeutics," WHO spokesman Tarik Jasarevic said, when asked about reports of "breakthroughs" that boosted markets on Wednesday.

China's National Health Commision said the HIV drug lopinavir/ritonavir could be used for coronavirus patients, without specifying how.

That triggered a rush, specifically for Kaletra, also known as Aluvia, which is drugmaker AbbVie's off-patent version of lopinavir/ritonavir and the only version approved for sale in China.

Devy, a 38-year-old freelancer in Shandong province, said he was among hundreds who had contacted people with HIV to ask for medicine.

"When you are left alone, seeing the blur shadow of death far away, I think no one can feel calm," Devy told Reuters.

Hundreds of experts will gather in Geneva on Feb. 11-12 to try to speed research into drugs and vaccines, the WHO said, adding that a multinational WHO-led team would also visit China.

National officials said 3,694 cases were reported throughout China on Wednesday, the first day in more than a week to see a fall in new daily cases.

Two deaths outside mainland China, in the Philippines and Hong Kong, have both involved visits to Wuhan, where more than 400 people have died.

Nearly 260 cases have been reported in 31 countries and regions outside mainland China, according to a Reuters tally.

More than two dozen airlines have suspended or restricted flights to China and hundreds of foreigners have been evacuated from Wuhan and placed in quarantine.

The virus is also stirring animosity in the decades-old dispute between self-ruled Taiwan and China, with the island complaining that China is providing the WHO with wrong information about its cases.

By David Stanway and Roxanne Liu/Reuters