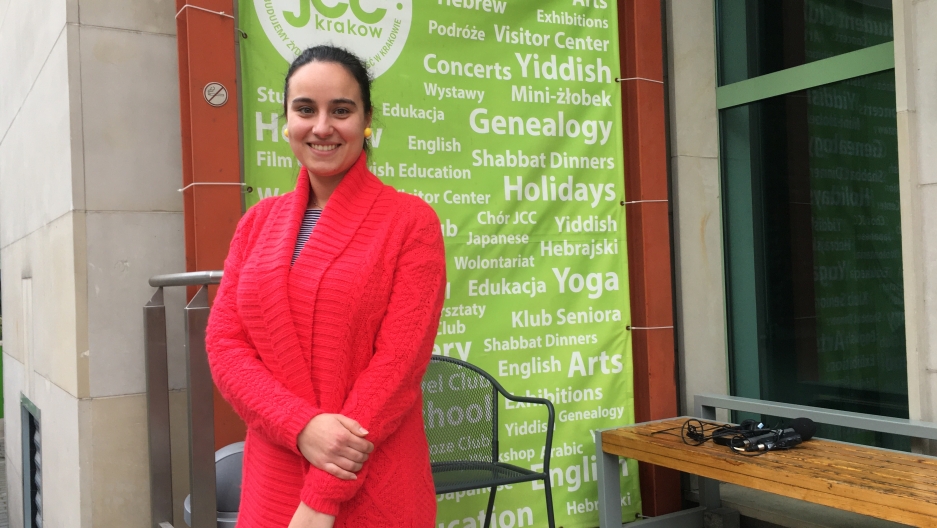 Marcjanna Kubala was 13 when she found out about her Jewish origins.

Kasia Leonardi was 21 when she discovered her Jewish roots.

Marta Leonardi, her sister, had begun researching the family history and realized their grandparents on both sides were Jewish. The sisters were raised in a mainly atheist household in Krakow, Poland.

The Leonardis are far from exceptional in Poland. Young people discover they are Jewish all the time, says Poland’s Chief Rabbi Michael Schudrich. The legacy of the Holocaust hangs heavily over the Jewish community — about 90% of Poland’s Jewish population was killed during World War II. For the remaining community of a little over 380,000 Jews, hiding their religion became a survival tactic.

Zofia Radzikowska, 84, is well known within Krakow’s Jewish community. She was 4 years old when the war broke out and her memories of the time are vague. But she vividly recalls the arrival of German soldiers in Krakow.

“I especially remember what happened after the Germans entered Krakow because my father lost his shop. My mother also lost her place of work and we had to leave our flat because some Germans came and told my father that we have to move.”

“I especially remember what happened after the Germans entered Krakow because my father lost his shop. My mother also lost her place of work and we had to leave our flat because some Germans came and told my father that we have to move.”

Radzikowska’s mother managed to secure false documents, changing their name and religion. They fled to a tiny village outside of Krakow, and told neighbors that her father had gone to fight in the war. Mother and daughter pretended they were Catholic. Her father could not.

“He was a man. Every man, every Jewish man was circumcised,” Radzikowska said.

After the war ended in 1945, Jewish survivors who returned from the Nazi concentration camps told Radzikowska’s mother that they had seen her father in Auschwitz. He had not survived.

Radzikowska doesn’t hide her religion any longer but said it took a long time for her to openly observe it. Many survivors never did. Under communist rule, Poland’s Jewish community was further persecuted. If you wanted to observe your religion it made good sense to leave “post-Holocaust Soviet-occupied communist Poland,” Schudrich said. 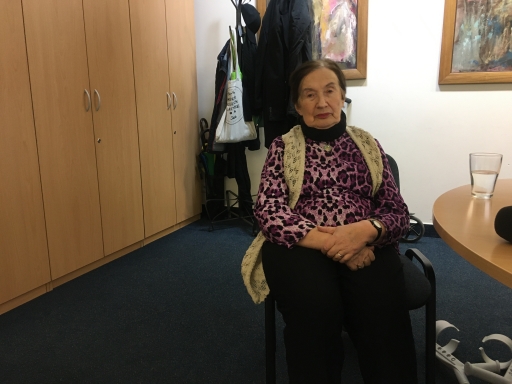 Zofia Radzikowska, 84, is well known within Krakow’s Jewish community. She was 4 years old when the war broke out and her memories of the time are vague. But she vividly recalls the arrival of German soldiers in Krakow.

Related: Preparing for a world without Holocaust survivors

Poland’s Jewish population had almost disappeared by the mid-1970s. Historian Dariusz Stola said it looked like the history of Polish Jews was about to end — it’s a miracle to see a revival of Jewish life in democratic Poland today.

Central to that revival is New Yorker, Jonathan Ornstein. Raised in an Orthodox Jewish household, Ornstein moved to Israel in the mid-’90s, where he met a Polish woman and fell in love. He followed her to Poland. And while their romance ended, his love affair with Krakow continued. Ornstein became executive director of the Jewish Community Center in Krakow, set up with funding from Prince Charles, and began encouraging younger Poles to rediscover their Jewish roots. 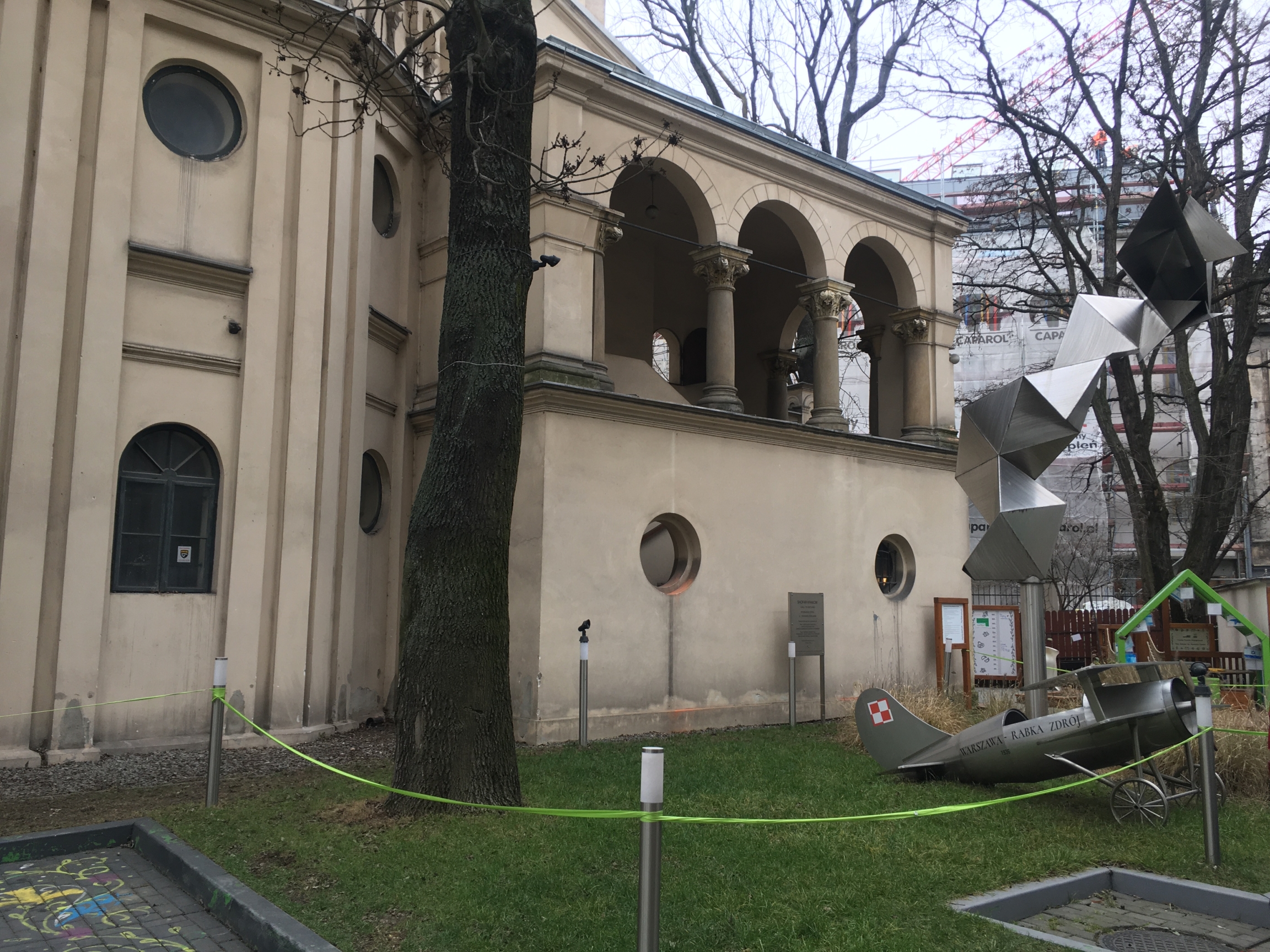 The grounds of the Jewish Community Center in Krakow, Poland.

Marcjanna Kubala was 13 when she found out about her Jewish origins. Kubala said her family never explicitly hid their religion from her. They just never told her about her great-grandparent’s past until she began to query the origin of her name. Kubala is now the program director of Hillel, Krakow, an organization of young Jews with chapters around the world. She is reluctant to talk about her own family’s history and said like many young Poles, it can be a lot to take in when you make the initial discovery.

Schudrich said he has seen the whole gamut of emotions. “I've had people sit with me and say, ‘Oh, that makes sense. Now my life makes sense. Okay, good’. And I've seen people who were devastated. People who were anti-Semites who discovered they were Jewish. So you have the entire range.”

Despite the anti-Semitism of the past, Schudrich believes Jews in Poland experience less abuse today than in many other European countries or in the United States.

“I mean, I'm from New York, it's nuts. There was a time — and it's calmed down a little bit now — but at the very beginning of January, almost every day a Jew was getting hit. And not someone just yelling something nasty, but physically being hit.”

It doesn’t make him feel any better that Jews in Poland are being targeted less than elsewhere. He is aware of how easily the situation can change. 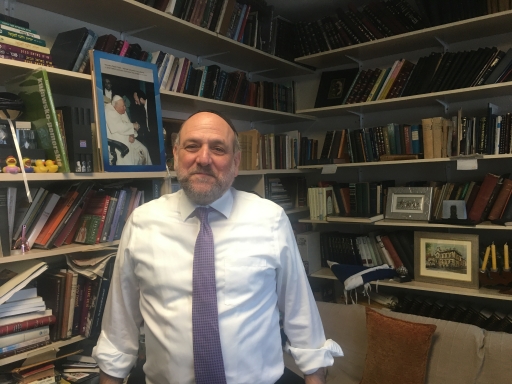 “The image I have in my head about fighting anti-Semitism is that if your finger is infected, you don't wait until you have gangrene in the whole arm to do something about it. You put on an antibiotic ointment immediately. Right now, anti-Semitism in Poland is an infected finger. Now is the time to fight it before it gets to be as bad as what we see in other countries.“

In spite of her initial reluctance, Kasia Leonardi today embraces her religion. She said her parents didn’t exactly keep their Jewish past from them, but tended to avoid religion, except to celebrate Christmas.

One night Marta Leonardi brought Kasia Leonardi to the Jewish Community Center (JCC) and introduced her to Jonathan Ornstein. In 2017, Kasia Leonardi and Ornstein were married in a traditional ceremony in the city’s old Jewish quarter.

Kasia Leonardi is now a chef with the JCC and prepares weekly Kosher meals for Friday night Shabbat (Jewish sabbath) dinners. Ornstein admits that now it is Kasia Leonardi who observes Jewish traditions more closely than he does. His Orthodox father, who still lives in New York, is proud of his son’s work, but Ornstein concedes his father would be a whole lot happier to see his son following a fully Orthodox lifestyle.

“He's very proud that I'm spending a lot of my time with rabbis and dealing with a lot of people like that, but he would be much more proud if I were doing it as an observant Jew wearing a kippah [religious head covering].”

Tourists often ask Ornstein how the local Jewish community can continue to live in a place of such tragedy. The center is little over an hour’s drive from Auschwitz, the largest Nazi concentration camp where over 1 million people were killed, the vast majority of whom were Jewish. Ornstein said the fact that Jews continue to live and thrive in Poland at all is what makes it all the more meaningful.

“What is more beautiful than to see life growing in a place where there's been so much darkness recently?”