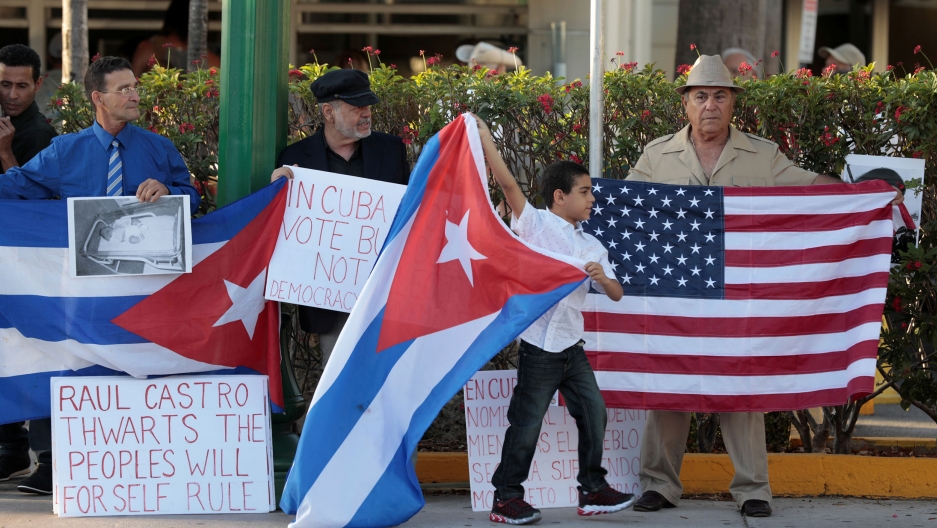 Cuban migrants have become one of the largest groups seeking asylum at the US-Mexico border in recent years. But for decades, Cubans in the US have been seen as the exception to the rule of Latinx immigrants.

With historic access to special programs and paths to citizenship, Cuban Americans outperform other people of Latin American descent in the US — also known as Latinx — in arenas beyond immigrant status, namely in education, wealth, and, most importantly, political influence. It's a status many other Latinx immigrants will now be even harder-pressed to achieve. Just last week, the US Supreme Court upheld the Trump administration's “public charge” rule, making it more difficult for poor immigrants to qualify for green cards — one of many crackdowns on immigration from the administration.

But Cuban American exceptionalism has become outdated and problematic. And as the US approaches the 2020 election, it's time for Cuban Americans — a key constituency in the ever-important swing state of Florida — to eschew the long history of special status and embrace their similarities with the broader US Latinx population. 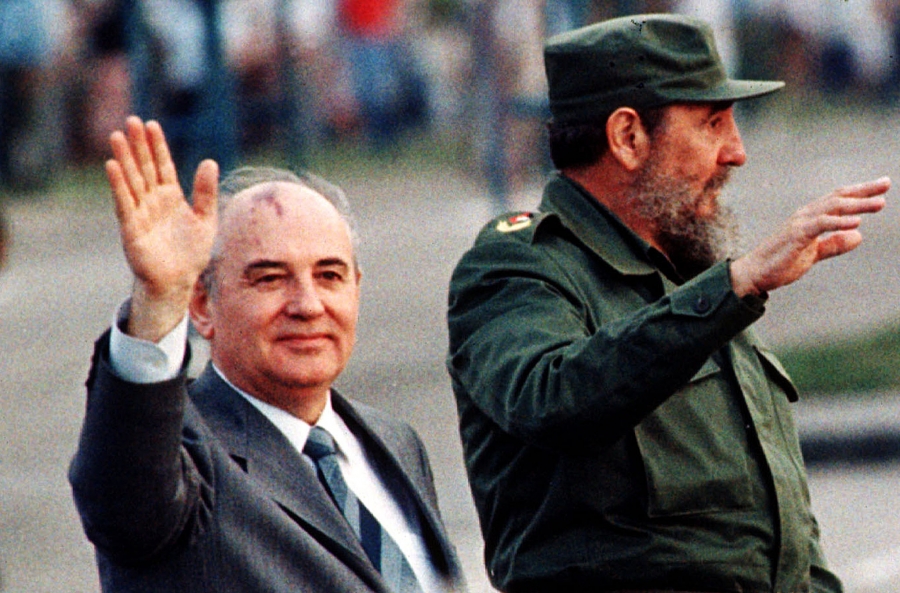 Cuban exceptionalism dates back to the 1960s. The island's political history — and Cold War ideology — is key to US policies that have given preference to Cuban immigrants. Hundreds of thousands of Cubans fled to the US after the 1959 revolution ushered in Cuba's socialist regime — led by Fidel Castro for nearly 50 years and still in place today.

Unlike most other Latinx immigrants, the first waves of Cuban exiles were wealthy and white — many had their homes or businesses expropriated by the Castro regime. These Cubans were treated not as economic migrants, but political refugees fleeing a repressive dictatorship. And they were given special treatment — quickly eligible for green cards and with access to public assistance. The long-running “wet foot, dry foot” policy, in effect from 1995 to 2017, also offered a legal path to citizenship for undocumented Cuban immigrants who were able to step foot on US soil — a pipe dream for many immigrants across the globe.

And while Cubans have benefited from preferential US policies, many experts agree that since the 1990s, most Cuban immigrants have not been political refugees fleeing repression, but rather economic migrants fleeing first an economic crisis, and then a stagnant economy — just like many Mexicans and Central Americans.

More recently, Cuban migrants have been trapped in the miasma of the southern border asylum crisis. They too have suffered greatly from the Trump administration’s cruel detention policies, and there has been a noticeable uptick in the deportation of Cubans since 2017.

But while Cubans are facing struggles similar to Central American asylum-seekers at the border, most don’t face the same threats in their home country that many Hondurans, Guatemalans and Salvadorans do. Cuba is one of the least violent countries in the hemisphere. Although Cubans have serious, valid reasons for leaving the island — including politically-motivated harassment or jailing and stagnant state salaries that leave most scrambling to put food on the table every month — most are not literally fleeing for their lives like many Central Americans are.

Still, many Cuban Americans have positioned themselves in contrast to other Latinx immigrants.

Indeed, Cuban Americans have often taken anti-immigrant political stances. Around 54% of Cuban Americans voted for US President Donald Trump in the 2016 elections, and some have echoed his xenophobic rhetoric and disdain for asylum-seekers at the US border. This, even though Cubans have themselves been the victim of anti-immigrant propaganda, particularly during the Mariel exodus 40 years ago.

And because Cubans overwhelmingly identify as white, it’s easier for them to view themselves as “better immigrants” within the centuries-old racist criteria that has historically driven immigration policy — a concept that recently resurfaced with Trump’s racist comment about “shithole countries.” 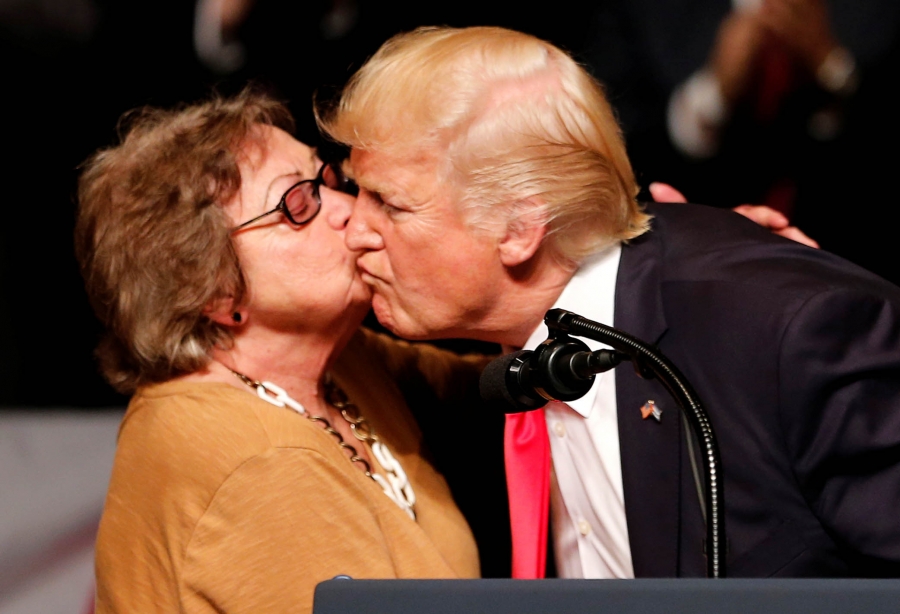 US President Donald Trump receives a kiss from Cuban dissident Cary Roque at an event where he announced his Cuba policy at the Manuel Artime Theater in the Little Havana neighborhood in Miami, Florida, June 16, 2017.

Cuban immigrants coming after 1980 have been less white and less wealthy, but decades of preferential treatment has allowed older, hard-line exiles to establish political influence well beyond their population numbers. This is particularly clear in foreign policy related to the US goal of preventing the success of socialist or leftist-leaning governments in Latin America — most recently witnessed in American policy towards Venezuela.

Sen. Marco Rubio (R-FL), the son of Cuban exiles, has become a “virtual secretary of state for Latin America” under Trump, essentially serving as a political mouthpiece for anti-communist Cuban and Venezuelan exiles.

It is arguably Trump’s desire to “make Rubio happy” (and thus win south Florida in the November election) that explains the Trump administration’s rollbacks of Obama policies that had begun to normalize relations with Cuba. These rollbacks are devastating the Cuban economy, severely limiting travel visas and remittances and drastically cutting commercial and charter flights to the island.

But despite the continuing, outsized influence older Cuban exiles have, there’s evidence that younger Cuban Americans aren’t as myopic as their parents and grandparents: Many long to see the island for themselves, and more recent immigrants still have strong ties to Cuba and travel there frequently.

This has important implications for the 2020 presidential election: Cuban Americans have traditionally voted Republican, but there’s a generational split. Younger Cubans aged 18-39 who favor engagement with Cuba (65% oppose the 60-year US embargo on Cuba and 85% favor diplomatic relations) — and those who recognize Trump’s rhetoric as racist and xenophobic — have more reason than ever to band together with fellow Latinx, who primarily vote Democrat.

A survey of Latinx voters released last October by Equis Research further backs up these statistics. Equis found that 53% of Cuban Americans between the ages of 18 and 44 disapprove of Trump’s job performance, as compared to a minority of older Cuban Americans. Some are rallying fellow younger Cuban Americans to reject the president’s nativism, redefine themselves as a blue voting bloc, and recognize Cubans’ common interests with other Latinx.

The Trump administration’s most recent severe restrictions on traveling to Cuba, coupled with the blatant racism toward and mistreatment of asylum-seekers (many of whom are Cuban), may be the push needed to convince a majority of Cubans to vote Democrat.

But Democratic candidates also need to put in the work to try and earn the Cuban vote and not just write them off as Trump supporters. Regardless of how Cuban Americans vote, however, it’s time to put the Cuban exceptionalism narrative to rest.

Rebecca Bodenheimer, PhD, is a freelance writer and Cuba scholar who has been traveling to and conducting research on the island since 2003. Her writing on Cuba has been published by CNN Opinion, Vice, Pacific Standard, Remezcla, and a range of other outlets. She’s also the author of Geographies of Cubanidad: Place, Race, and Musical Performance in Contemporary Cuba.