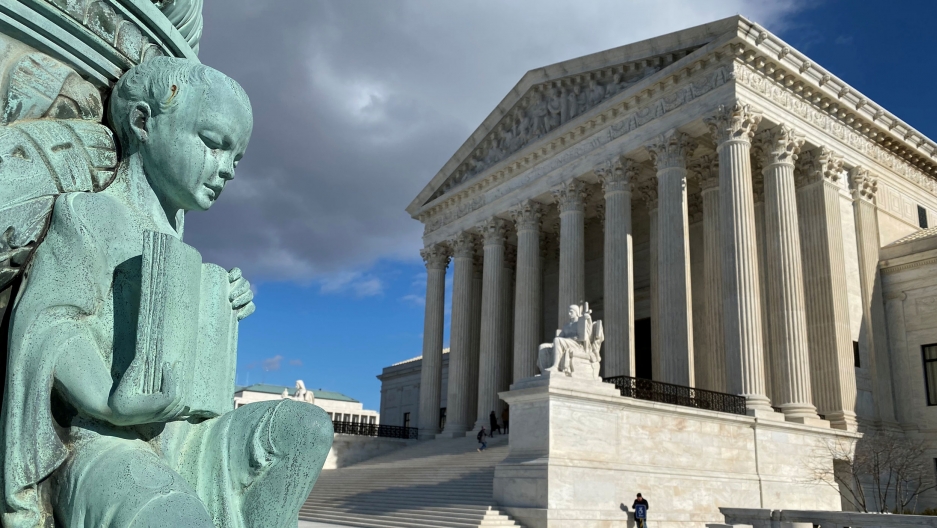 Isabel Martínez was picking lemons at a farm on Monday in Coachella, California, when she heard the news. The Supreme Court had decided in favor of a Trump administration rule that will make it easier for US officials to deny immigrants green cards if they are using or are likely to use some public assistance services.

Immediately, she was concerned about how the change would impact her family. Her young daughter has a chronic health condition, and they rely on state-sponsored healthcare to treat it. That afternoon, Martínez, a farmworker, headed to an emergency meeting in her neighborhood organized to answer immigrants’ questions about the court's decision on changes to the “public charge” rule.

Martínez, 26, from Michoácan, Mexico, has lived in the US since she was two years old. She has a work permit and hopes to apply for permanent residency status, known as a green card. After the Supreme Court’s ruling, she worries that using any form of public assistance — even if it’s only for her child — will jeopardize her own future in the country she considers her home.

“What about my daughter?” Martínez asked at the meeting. “She’s 10 and was recently diagnosed with lupus. But she’s also a US citizen. Will my daughter’s medical treatment block my chances of getting a green card?”

The Supreme Court’s 5-4 decision, with conservative-leaning justices in the majority, clears the way for the latest in a slew of restrictions on legal immigration introduced during President Donald Trump's tenure. Changes to the “public charge” rule will make gaining permanent residency more difficult for some immigrants who are using — or who the US government determines are at risk of using — some public assistance programs, such as Medicaid, public housing help or food stamps. Critics say it's essentially a wealth test for new immigrants.

The ruling lifts preliminary injunctions that until now had blocked the Trump administration’s plan from going into effect nationwide. However, it remains blocked in Illinois, where a federal appeals court has upheld an injunction.

The Supreme Court’s decision has sown widespread confusion among would-be green card applicants. Immigration advocates are concerned that it will prevent immigrant families — and their US citizen children — from accessing government programs for which they are eligible.

Meanwhile, advocates and policy analysts are trying to clear up confusion for immigrants who fear they need to disenroll from public benefits.

Narrow group subjected to the rule

The Trump administration announced in August it would broaden its definition of who qualified as a "public charge" as a basis for denying permanent legal status, also known as a green card. Lower courts blocked it from going into effect.

The changes to public charge have had a “chilling effect” on immigrant communities since they were first proposed by the Trump administration in 2018, said Julia Gelatt, an analyst with the Migration Policy Institute in Washington, DC. “There are a lot of people who might be afraid that their public benefits use could affect their immigration status in the future. And we've already seen evidence that people are dropping off of public benefits because of this rule.”

Some surveys have found that many immigrant families have avoided certain public benefit programs since the administration proposed the expanded public charge rule in October 2018.

Luz Gallegos, community program director with TODEC Legal Center helped organize the meeting Martínez attended Monday in Coachella. She told Martínez the answer to her question on whether she or her daughter would be penalized for using public benefits is no — a clear no.

Still, Gallegos said, she worries about the confusion she sees among immigrants.

“This is a way that this administration is trying to create fear,” Gallegos said. “So it’s very important what we’re telling the community is every case is different. What happens to your vecina, to your neighbor, to your comadre, to your friends, is not the same as you. So it’s important to get individualized consultation and information about your particular case.”

Martínez was relieved when she found out the expanded public charge rule would not affect her as her family’s health care is provided by the state of California. Generally, apart from some cash-assistance programs, the new public charge rule involves only federal programs.

Still, Martínez said that she remains uneasy about her hopes for a green card one day.

"We see Trump wanting to make life more difficult for us, there's a lot of confusion about what might happen next,” Martínez said.

While concern among immigrants in the US persists, those who are likely to be most affected by the change are people applying for green cards from abroad. Their applications may face greater scrutiny.

An applicant's education, English fluency, level of wealth and other factors could be weighed more heavily, which would have a significant impact on who gets a green card and who doesn’t, Gelatt said. Data indicate that up to two-thirds of green card applications could have at least one factor that could be considered negatively in the public charge test, she added.

“It looks like people from Mexico and Central America and the Caribbean would have a much harder time passing the public charge rule than immigrants from Europe or Canada or South America,” Gelatt said. “So this public charge rule could really shape legal immigration to the United States.”

It's something that harkens back to Trump's comments in January of 2018, when he reportedly asked, “Why are we having all these people from shithole countries come here?” and instead suggested admitting more people from countries such as Norway.

The origins of the public charge rule itself are steeped in discriminatory immigration policy.

“History demonstrates that the 'likely to become a public charge' clause has always been used as a cover for more racially discriminatory immigration restrictions,” immigration historian Erika Lee told The World.

“We see this disparity especially amongst southern and eastern Europeans, Mexican Americans and African Americans. The fact is that southern and eastern Europeans did rely on a great range of public relief, but they were never stigmatized for doing so,” she said. “But when Mexican immigrants, Mexican-Americans, tried to rely on some of those same programs, especially during the Great Depression, they were severely penalized.”

The State Department is still working on final approval for the form it will use to apply the public charge test, Gelatt said. In the past, immigration officials have had broad discretion when it comes to applying such rules.

The ruling from the Supreme Court could also be an indication of how the US immigration system could be reshaped in the future.

“The public charge rule is a way that this administration is actually getting around Congress to make really big changes to our legal immigration system,” Gelatt said. It could be a harbinger for the future of immigration reform.