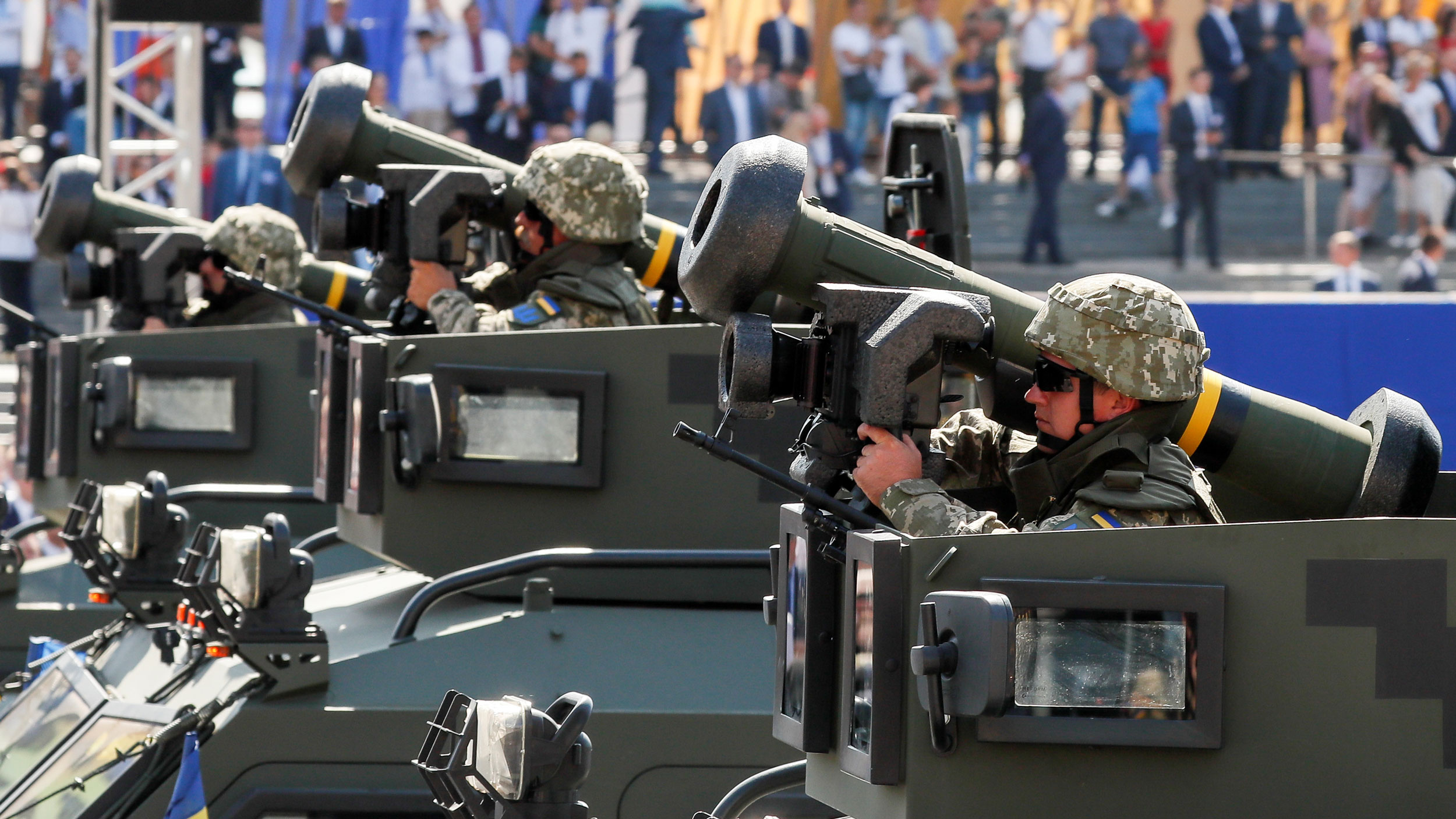 House impeachment managers are currently arguing their case against US President Donald Trump in the US Senate. The case revolves around whether or not Trump abused the power of his office and pressured Ukraine to investigate his political rival by withholding security aid funding.

But when you strip away many of the details of the impeachment case — who said what to whom and when — at the center of it all is this question: What is the US relationship with Ukraine?

Deputy White House Counsel Michael Purpura hit on that this week during impeachment trial proceedings in the Senate, arguing that by providing lethal aid to Ukraine, "President Trump has proven himself to be a better friend and ally to Ukraine than his predecessor."

Ukraine has been fighting a war against Russia in Ukraine's eastern region since 2014.

The World's Marco Werman speaks to Orysia Lutsevych of Chatham House about how the US and Ukraine define a good ally and friend.

Marco Werman: Orysia, what do you think? Is Trump a better friend to Ukraine than President Barack Obama was, or is it simplistic to frame things that way?

Orysia Lutsevych: I think it's a bit like framing it in the beauty pageant way. I think what it means to be a friend and ally in international affairs is to act upon common values and common vision for the world we all want to live in. And I would say that Obama was more, in a way, expressive in standing on the same values with Ukraine — talking a lot about the importance of international law and multinational institutions, providing a lot of support for reforms in Ukraine, paying attention to Ukraine's democracy — than President Trump.

So, let's recall that that war started when Obama was president — that was in 2014, the war between Ukraine and Russia in the east of Ukraine. Continuing the scorecard, deputy White House counsel Purpura mentions that Trump has supplied lethal weapons to Ukraine — we're talking about the javelins, the anti-tank missiles. President Obama did not supply Kyiv with lethal weapons when the war broke out because the reasoning was he didn't want to amplify fighting, although he did provide millions in nonlethal assistance. So, both White Houses seem to have logical reasons. What do you think — if you're Ukraine, is one of those policy approaches smarter?

I think this is a certain grudge that Ukraine and some parts of Ukrainian population, expert community have against Obama, because he clearly saw provision of lethal aid as a possible escalation to the conflict. And this is something nobody wanted. But we must also recall that Obama was working in cohort with Angela Merkel, the German chancellor, with the Normandy format, where she actually was also urging, in a way, against a provision of lethal weapons, trying to mediate in a diplomatic and political way. Of course, the way that military aid continued to flow — with certain gaps that we know now — and the fact that President Trump did provide, released this militarily lethal aid to Ukraine is important.

One of the conditions of the lethal aid from Trump is that the Javelin missiles are not on the front lines of Ukraine's war with Russia. These missiles are hundreds of miles in the west. So, what is lethal assistance, if Ukraine isn't actually using it?

I, personally, myself, at times was arguing, as well, for providing lethal assistance because it raises the costs for Russia in this conflict. I mean, when Russia invaded Ukraine, Ukraine had 5,000 soldiers with no, you know, combat experience with tanks that had no running capacity. The engines were broken. This was not a country prepared for an aggression. So, this lethal assistance helps upping this cost for Russia for any further military invasion. It also helps Ukraine to train better, to be prepared for NATO comparabilities because Ukraine declares — regardless of what NATO thinks right now — its aspiration to join the collective security organization.

So, you're saying even if the Javelin missiles are not on the front lines, just the presence of them in Ukraine somewhere is inhibiting for Putin?

I mean, for sure, Obama and Trump are dealing with very different personalities in Kyiv at different times, even vastly different political cultures. So, as we kind of unpack who was/is better to Ukraine, I think it's important to ask what does Ukraine need right now?

It's a very important question. I think in a way, Ukraine's wish list remains the same. Ukraine has still an unfinished domestic transformation agenda. Ukraine fights corruption. And this is something that came up a lot in the Republican rhetoric, how corrupt is Ukraine. Actually, Ukraine became less and less corrupt since 2014. Ukraine closed a lot of gaps in corruption. And of course, Ukraine needs strong bipartisan support because as we started speaking, this is the case of a country that is trying build a system based on democratic values, human rights, liberty and freedom, something that the United States is about.