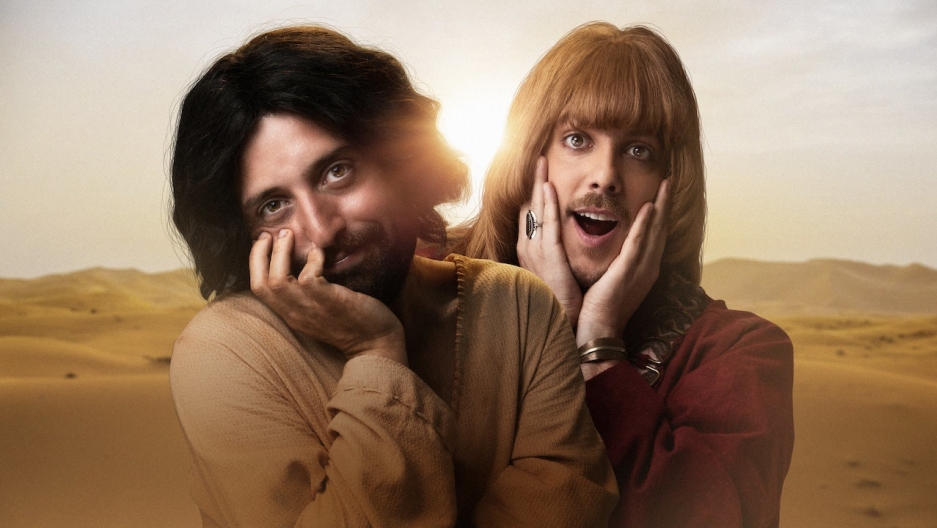 “The First Temptation of Christ” on Netflix stirred controversy in Brazil with its gay Jesus figure.

In the Brazilian film, “The First Temptation of Christ,” airing on Netflix around the holidays, Jesus returns home after 40 long days in the desert. And when he arrives at home and greets Mary, Joseph and God, he comes bearing news for them: He's gay.

The premise of the film, no matter how you cut it, is wildly controversial.

And for anyone who knows the comedy troupe behind the film, this would come as no shock. Porta dos Fundos (which means “Backdoor” in Portuguese) is a sketch comedy troupe with an International Emmy and a YouTube following of over 16 million, made up of some of the most famous comedians in Brazil. Their comedy is unrestrained, and everyone is a target: conservatives, liberals, rich people, poor people, politicians and voters. And every Christmas, they release a holiday film which, unsurprisingly, aims at religion.

But this year, the laughter stopped.

On Christmas Eve, no less, masked assailants tossed Molotov cocktails at the Porta dos Fundos production studio in Rio de Janeiro, causing an explosion that, fortunately, left no one injured.

Shortly after the explosion, a video began making the rounds that showed masked people with garbled voices speaking into the camera and claiming ownership of the attack, much in the way other terrorist videos are shot. One assailant, the only one without a mask, was identified but is still on the lam. No one has yet been held responsible for the attack.

“We continue to work with our kind of comedy after the terrorist attack, but we have stricter security standards.”

“We continue to work with our kind of comedy after the terrorist attack, but we have stricter security standards,” said Antonio Tabet, one of the co-founders of Porta dos Fundos. Tabet plays God in the film, with a top knot of gray hair.

Related: Evangelicals in Brazil see abuse of God's earth as a sin — but will they fight to save the Amazon?

The attack on Porta dos Fundos rattled the country, especially those who are concerned that a growing movement of conservative extremism has found fertile ground in Brazil.

Part of those concerns pivots on the new president, Jair Bolsonaro, whose platform both before and after the election centers on bolstering the country's conservative Christian values, which he regards as a heterosexually formed family that attends church. Porta dos Fundos had poked fun at that concept, and at the perceived danger of homosexuality; many suspected the attack was correlated. 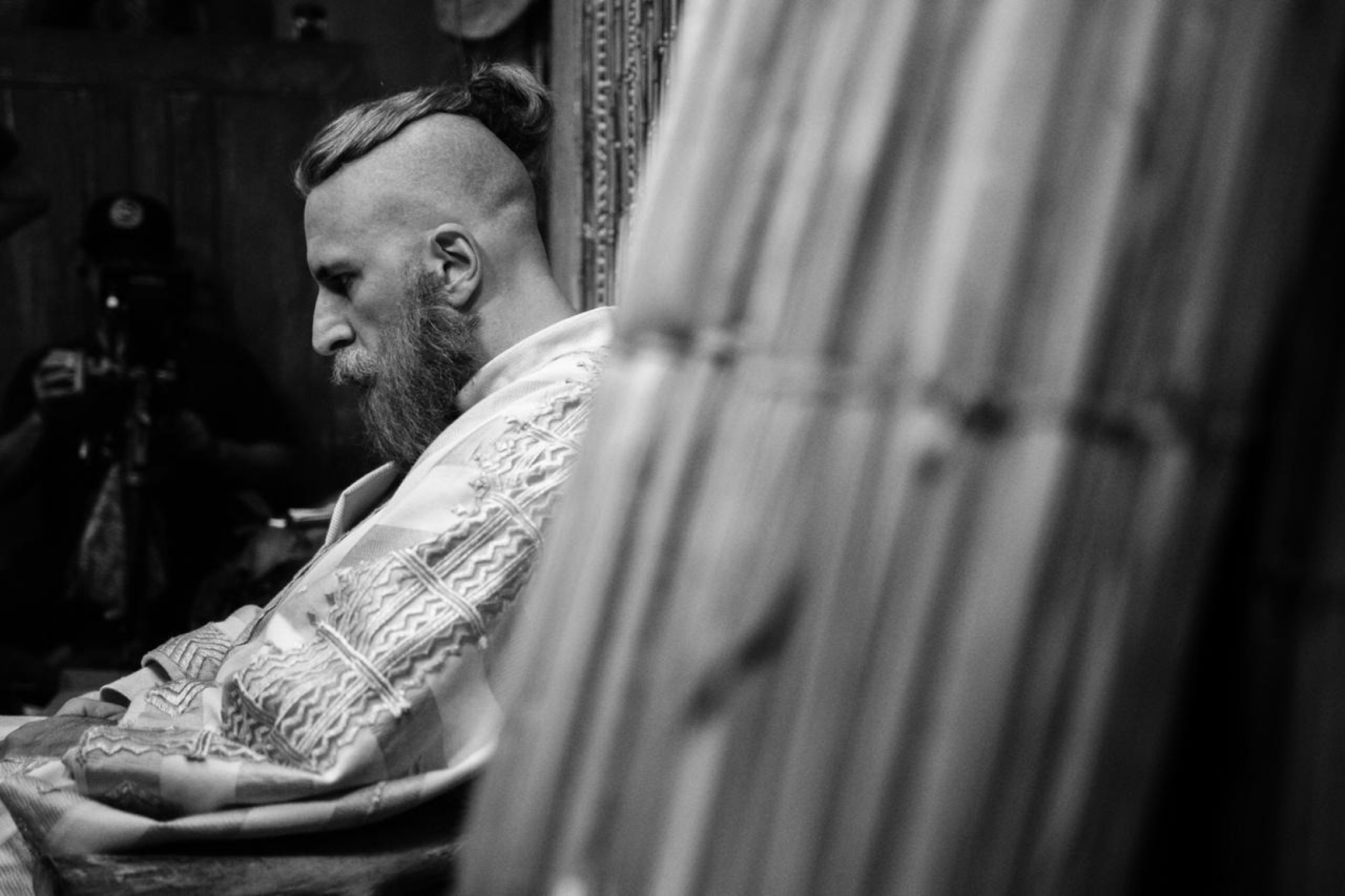 Antonio Tabet is shown dressed as God during the filming of "The First Temptation of Christ."

That suspicion proved correct, to a large extent, when a Rio de Janeiro appellate court judge this month overturned a lower court's judgment that the film was simply satire, and instead ordered Netflix to remove the film from the air. The issue was brought to the courts by a religious group called the Dom Bosco Center of Faith and Culture, whose lawyer argued that "the honor and dignity of millions of Catholics were seriously vilified by the defendants." The judge agreed, and in his decision, the judge argued that because the film was offensive to Catholics, it would be "most beneficial to Brazilian society" to ban the film from public consumption.

"Netflix is a paid service, which depends on subscription and people are free to watch it or not. Nobody is obliged. This view of Christ is not being imposed."

Predictably, cries of censorship took over Brazilian social media and news media. A famous Brazilian columnist lamented that Bolsonaro's "ironic oppression" had turned into actual oppression through censorship. Edison Lanza, special rapporteur for freedom of expression of the Inter-American Commission on Human Rights said "there is no doubt" that the banning of the Porta dos Fundos film from Netflix was an example of censorship. "Netflix is a paid service, which depends on subscription and people are free to watch it or not," he said. "Nobody is obliged. This view of Christ is not being imposed."

Finally, a Supreme Court judge weighed in, declaring, in essence, that Catholics could take a joke.

Porta dos Fundos was spared from censorship for the time being, but the attack and the court cases have called into question the limits of freedom of speech in Brazil.

As if to underline this concern, just after the Supreme Court opinion was issued, a different controversial film made the news. “The Edge of Democracy,” directed by Brazilian Petra Costa, is a documentary depicting the recent political history of Brazil, from the impeachment of its first female president, Dilma Rousseff, to the rise of a Trump-ish leader in the form of Bolsonaro.

Bolsonaro's supporters have eviscerated the film, calling it a hyperliberal, biased portrayal of the facts. Bolsonaro himself came out this week and called the film a piece of “fiction,” adding that he hadn't watched it and didn't plan to: He told reporters, “Am I going to waste time with crap like that?”

But other people have praised the film for its unflinching look at the dirty mess of Brazilian politics and attempted explanation of how Brazilian politics got to where it is today. Evidently, some of the film's fans were quite high up in the film industry: “The Edge of Democracy” was just nominated for an Oscar for best documentary, a major achievement for a foreign film.

The juxtaposition of the fate of two Brazilian films critical of the current administration — one being ordered off the air (temporarily), while the other is nominated for an Oscar — offers a wide-lens view of the culture clash dominating Brazilian society today, and the uncertainty of which direction the pendulum will swing in the future.

On Tuesday, a new censorship issue arose in Brazil, when federal prosecutors charged investigative journalist Glenn Greenwald with cybercrimes for being part of a "criminal investigation" into corruption among Brazilian politicians. According to the complaint, Greenwald and his team reportedly hacked the cellphones of several public officials. Greenwald called the charges "an obvious attempt to attack a free press."

For Tabet, his concerns about the safety of Porta dos Fundos and their ability to continue doing comedy are inextricably linked to the current administration. “If you cannot feel safe in Brazil on
normal days, imagine today, with a government that foments acts of violence through its silence," he said.