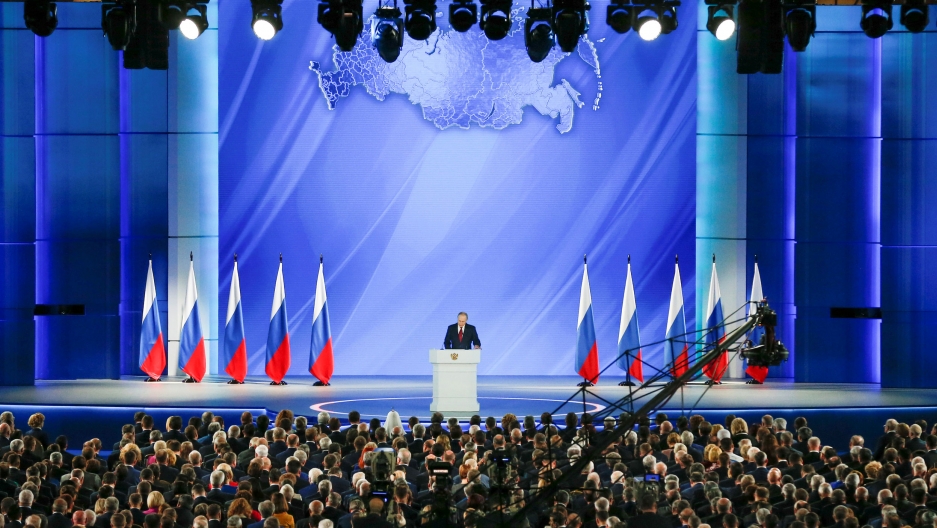 In what's seen as a move that would extend Russian President Vladimir Putin's grip on power after leaving the presidency, Putin proposed constitutional changes on Wednesday and picked a new prime minister after Dmitry Medvedev and his cabinet stepped down.

Also on Wednesday, Putin suggested diminishing the powers of the presidency and beefing up those of the prime minister.

The dramatic moves were widely seen as preparing the ground for 2024, when Putin, now 67, is obliged to leave the presidency after occupying the Kremlin or the prime minister's job continuously since 1999.

Putin nominated Mikhail Mishustin, 53-year-old head of the tax service, as the next prime minister. Mishustin, who will be quizzed by parliament on Thursday, has played ice hockey with Putin but has little public profile and had not been spoken of as a possible candidate.

He will inevitably be viewed as a possible successor to a shrunken presidency, as will members of his cabinet, many of whom are expected to be new to government.

Critics have long accused Putin, a former KGB officer, of plotting to stay on in some capacity after his term ends to wield power over the world's largest nation - and one of its two biggest nuclear powers. 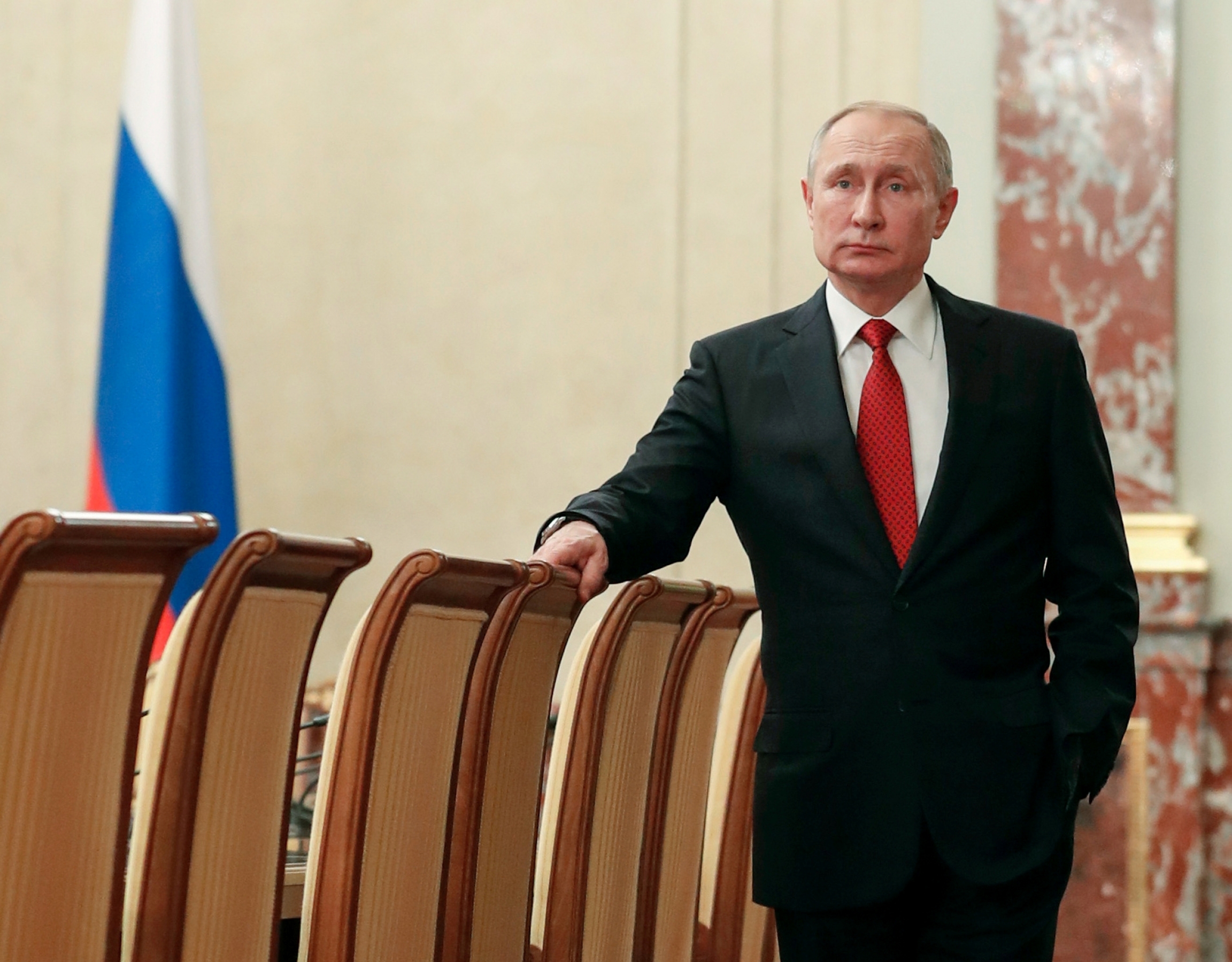 Russian President Vladimir Putin before a meeting with members of the government in Moscow, Russia on Jan. 15, 2020.

His proposals, which he suggested should be put to a referendum, would give him the option of taking an enhanced role as prime minister after 2024 or a new role as head of the State Council, an official body he said he was keen to build up. He could even become speaker of a new, supercharged parliament.

Opposition politician Leonid Volkov said it looked as though Putin was digging in.

"It's clear to everyone that everything is going exclusively towards setting Putin up to rule for life," he wrote on social media.

Dmitry Gudkov, another opposition politician, said Putin, re-elected last year for his fourth term, had decided to re-arrange everything around him now rather than wait until closer to 2024.

"Constitutional coups like this occur and are completely legal," wrote Gudkov.

Under the current constitution, which sets a maximum of two successive terms, Putin is barred from immediately running again, but his supporters find it hard to imagine Russian political life without him.

It was unclear when a referendum on the changes might be held or when the changes could take effect, but Putin told the political elite in his annual state-of-the-nation speech that he wanted the State Duma, the lower house of parliament, to have the power to choose the prime minister and other key positions.

"It would increase the role and significance of the country's parliament ... of parliamentary parties, and the independence and responsibility of the prime minister," he said.

Hours after Putin set out the changes in his annual state-of-the-nation speech, Medvedev said he was stepping down as prime minister to give Putin room to carry out his plans.

Putin thanked Medvedev, a longtime ally, for what he had achieved, adding, perhaps with an eye on complaints about Russia's listless economy: "Not everything worked out of course — but then, nothing ever works out totally."

Putin said Medvedev would take on a new job as deputy head of Russia's Security Council, which Putin chairs.

Putin remains popular with many Russians who see him as a welcome source of stability, even as others complain that he has been in power for too long, that their pensions and standard of living are being steadily eroded, and that poverty is widespread and healthcare poor.

Dmitri Trenin, head of the Moscow Carnegie Center, said Putin appeared to be moving to limit the power of a presidential successor.

Trenin also tweeted: "Mikhail #Mishustin’s elevation to Russia's PM is designed to get more competent leadership in Cabinet, which will have to focus on all-important domestic agenda. Medvedev's career isn't over, Putin still needs him in transition scenario. He remains what he's always been: (Putin's) alter ego."

Medvedev's resignation took Russian markets by surprise. The rouble and stocks suffered sharp losses before rebounding to make gains amid the uncertainty.

"In a nutshell, we take this announcement as an attempt by Putin to shake up Russia's polity and refocus the administration on implementing the president's well-telegraphed but slowly progressing public spending program," Citi said in a note.

By Andrew Osborn and Vladimir Soldatkin/Reuters