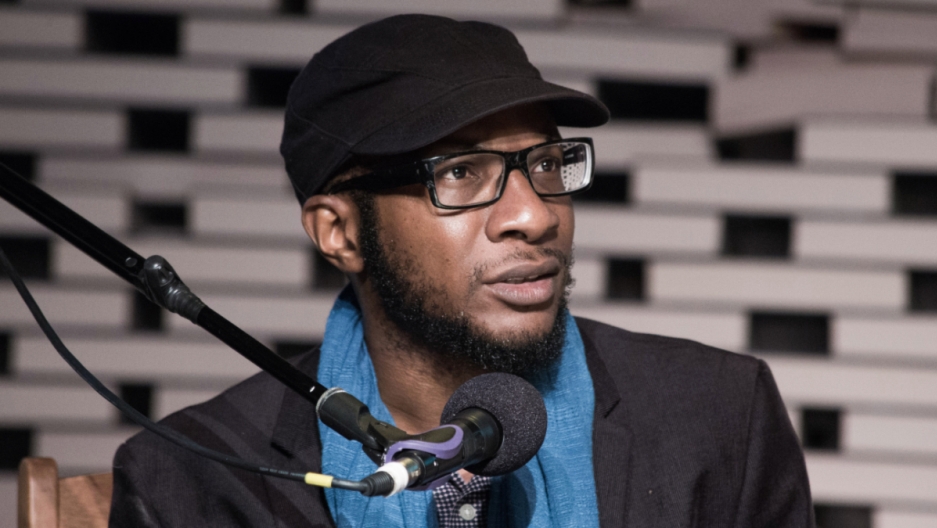 Author and photographer, Teju Cole, visited Mali for the first time at the end of 2019. During this trip, he wrote a post on social media about being in Bamako, Mali's capital, and attending seven concerts in five days and spending four consecutive nights at Club Africa, a live music venue in Bamako.

Cole was born in the US to Nigerian parents and was raised in Lagos, Nigeria. He says his love for Malian music has grown ever since he first listened to Ali Farka Touré in 1992 when he came back to the US from Nigeria.

“It was strange, it was otherworldly, it was ancient and my heart got bound to it in a certain way.”

“There was something about Mali that was both a strong reminder of the fact that I was this kid who had grown up in Africa and now in the US, anything African reminded me of home. But also, the sensation that Mali's music was different from Nigerian music,” Cole said. “It was strange, it was otherworldly, it was ancient and my heart got bound to it in a certain way.”

Cole spoke to The World’s host Marco Werman about Malian musical tradition, and they listened to a few tracks of a Spotify playlist Cole created to memorialize his trip to Mali.

Marco Werman: You've put together a playlist based on your trip. It's called "In Bamako." I spent some bright moments with the music on this playlist. I want to start with one track that jumped out at me for a number of reasons. This is Bako Dagnon's song, "Donsoké," released in 2007. What a commanding voice. So, Bako Dagnon, she's no longer with us, but she was known as a griot. She was born into this world of singing and performance and poetry in Mali. You see this concept of jeli with a singer like Bako Dagnon, Teju Cole. What is jeli? and how is musical talent the domain of certain families and passed down in those families in Mali?

Teju Cole: Yes, in Mali there is a strong and ancient practice of having certain families be the musical families. And it's not just music, it's those particular skills of voice, of instrumentation, that are passed down along particular family lines.

Marco: Well, Bako Dagnon is not alive, but you saw her daughter perform in Bamako. So, this lineage is by no means theoretical.

It was jaw-dropping for me to walk into that space. Bako Dagnon's music was something I very much loved. And when I walked into this space, I saw this incredible young singer — I don't know how old she was, I think maybe in her late 20s, and it turned out to be Bako Dagnon's daughter. This is not just a young lady with talent who followed what her mother had done. This was somebody who was taught from the time she was very young — certainly from under the age of 10 — to sing to not just vocal quality, but to know the stories, to know the kind of vocal performance that summons up the history of the people. And she sort of takes that all in as a familial and artistic responsibility. And this is everywhere in Malian music. Not every musician. There are notable exceptions like Salif Keita, who decided to be a musician. But very, very many of the Malian musicians come from a lineage, and I think this ends up affecting the kind of spiritual power that music has because virtuosity is often combined with authority. Sometimes, you experience an artist and you know that something is coming through them that is more than just their own experience of life.

One more track from your playlist: This is Oumou Sangaré and Tony Allen, the song is called, "Yere Faga." Oumou Sangaré, who is a legend in Mali — borderline griot — and Tony Allen, one of your family's compatriots, Teju Cole, he's a drummer and was Fela Kuti's drummer for many years. But this is a relatively recent recording from Oumou Sangaré. It really kind of shakes up styles. Why do you choose this track?

Because it's important when we love something not to confine it to our notions of how traditional it is or to put people in some kind of permanent past. Part of what excites me about the music of Mali is that it is ancient, majestic, but it is also utterly contemporary. It is alive to the world, it is aware of musical movements and trends. I want my relationship with Malian music to be ongoing. I don't want to be a chin-stroking nostalgist who thinks it was better in the '70s because I don't think it was. I think this is a musical tradition robust enough to keep evolving and, I hope, to keep giving me pleasure for as long as I'm alive.