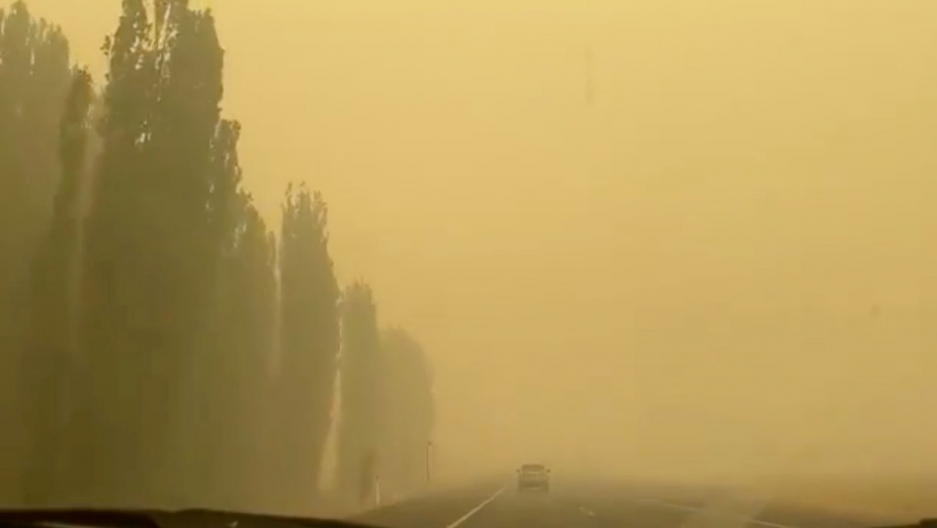 A vehicle is engulfed in yellowish smoke as it travels along a highway during bushfires near Cooma, New South Wales, Australia, Jan. 1, 2020 in this picture obtained from social media.

Fueled by searing temperatures and high winds, more than 200 fires are burning across the southeastern states of New South Wales and Victoria, threatening several towns forcing tens of thousands to flee.

The Australian navy and has sent ships and helicopters to rescue thousands of additional people trapped by the blazes.

A contingent of 39 firefighters from North America have landed in Melbourne, bringing the number of US and Canadian experts who have flown in to help deal with the crisis to almost 100.

"It is hell on earth. It is the worst anybody's ever seen," Michelle Roberts said by telephone from the Croajingolong Cafe she owns in Mallacoota, a southeastern coastal town where 4,000 residents and visitors have been stranded on the beach since Monday night.

Roberts hoped to get her 18-year-old daughter onto a naval ship, which arrived off the town on Thursday, in order to escape the fires and thick smoke engulfing the town. 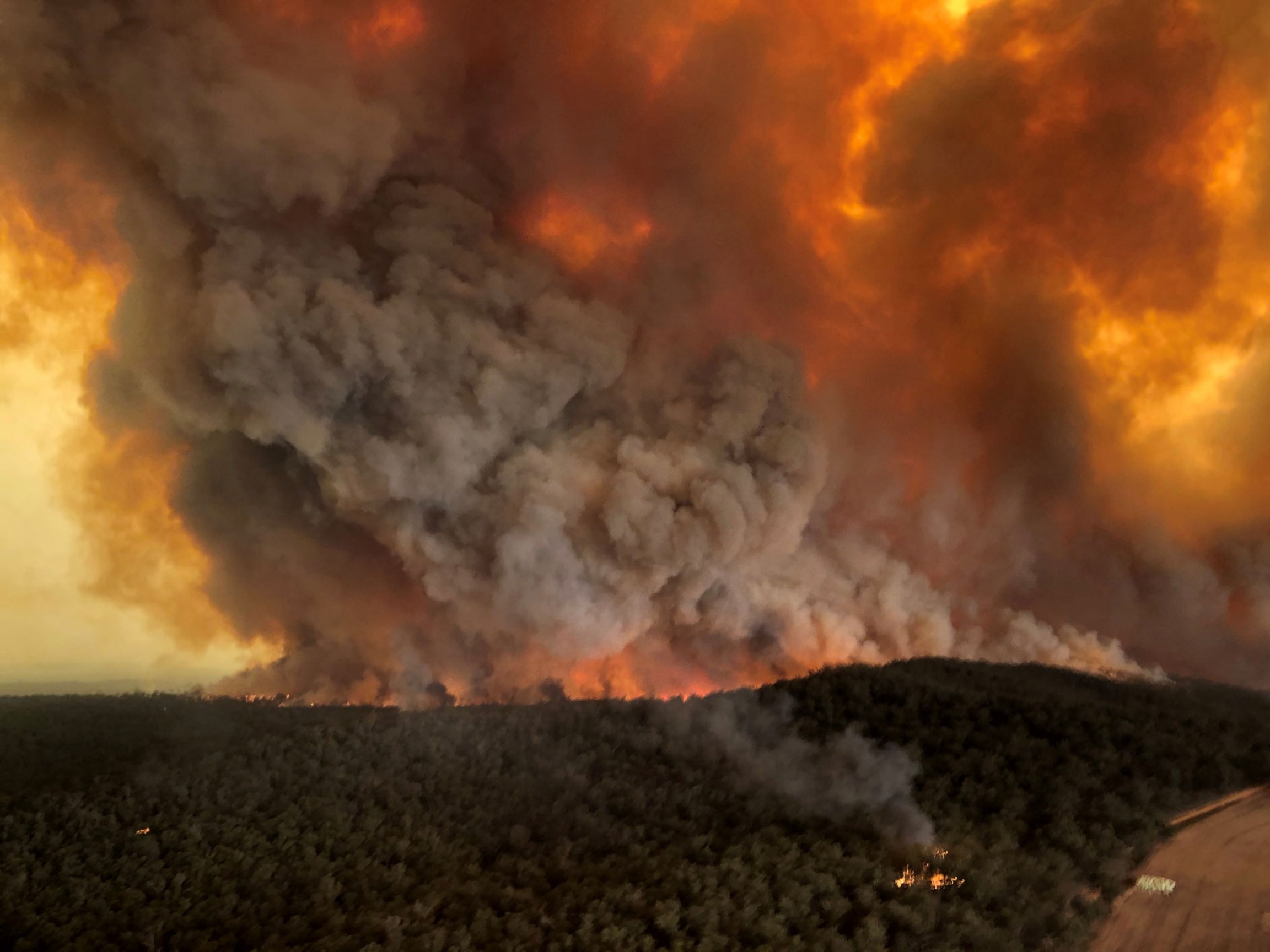 Smoke billows during bushfires in Bairnsdale, Victoria, Australia, Dec. 30, 2019 in this picture obtained from social media.

The Navy's HMAS Choules is expected to make two or three voyages over the coming days, state authorities said.

Elsewhere, long lines formed outside supermarkets and petrol stations as residents and tourists sought supplies to either bunker down or escape the fires, emptying shelves of staples like bread and milk.

More than 50,000 people were without power and some towns had no access to drinking water.

Authorities urged a mass exodus from several towns on the southeast coast, an area popular with tourists during the summer holiday season, warning that extreme heat forecast for the weekend will further stoke the fires.

"The priority today is fighting fires and evacuating, getting people to safety," Prime Minister Scott Morrison told reporters in Sydney. "There are parts of both Victoria and New South Wales which have been completely devastated, with a loss of power and communications."

Morrison, forced to defend his government's limited action on climate change, blamed a three-year drought and lack of hazard reduction for the unprecedented extent and duration of this year's bushfires.

Eight people have been killed by wildfires in New South Wales and Victoria since Monday and 18 are missing, officials said on Thursday.

Temperatures are forecast to soar above 104 degrees Fahrenheit along the south coast on Saturday, bringing the prospect of renewed firefronts to add to the around 200 current blazes.

Bushfires so far this season have razed more than 4 million hectares (10 million acres) of bushland and destroyed more than 1,000 homes, including 381 homes destroyed on the south coast this week.

By Jill Gralow and Sonali Paul/Reuters