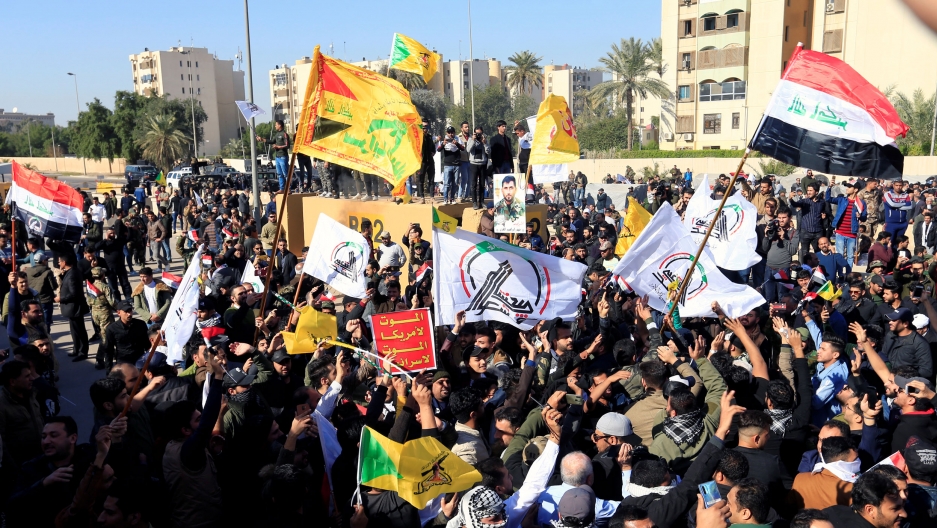 Protesters gather to condemn air strikes on bases belonging to Hashd al-Shaabi paramilitary forces outside the main gate of the US Embassy in Baghdad, Iraq, Dec. 31, 2019.

Protesters angered by deadly US air strikes Sunday targeting an Iran-backed Iraqi militia have attacked the US embassy compound in Baghdad forcing the evacuation of the US ambassador to Iraq and other staff.

The air strikes Sunday risk drawing Iraq further into a proxy conflict between Washington and Tehran at a time when mass protests are challenging Iraq's political system.

The attack on the Kataib Hezbollah militia was in response to the killing of a US civilian contractor in a rocket attack on an Iraqi military base.

The two Iraqi foreign ministry officials did not say when the US ambassador or other staff had left but added that a few embassy protection staff remained.

Outside the embassy, protesters threw stones at the gate while others chanted, "No, no, America! ... No, no, Trump!" Iraqi special forces were deployed around the main gate to prevent them entering the embassy. US-trained and -equipped Iraqi Counter Terrorism forces were later dispatched to reinforce these units. 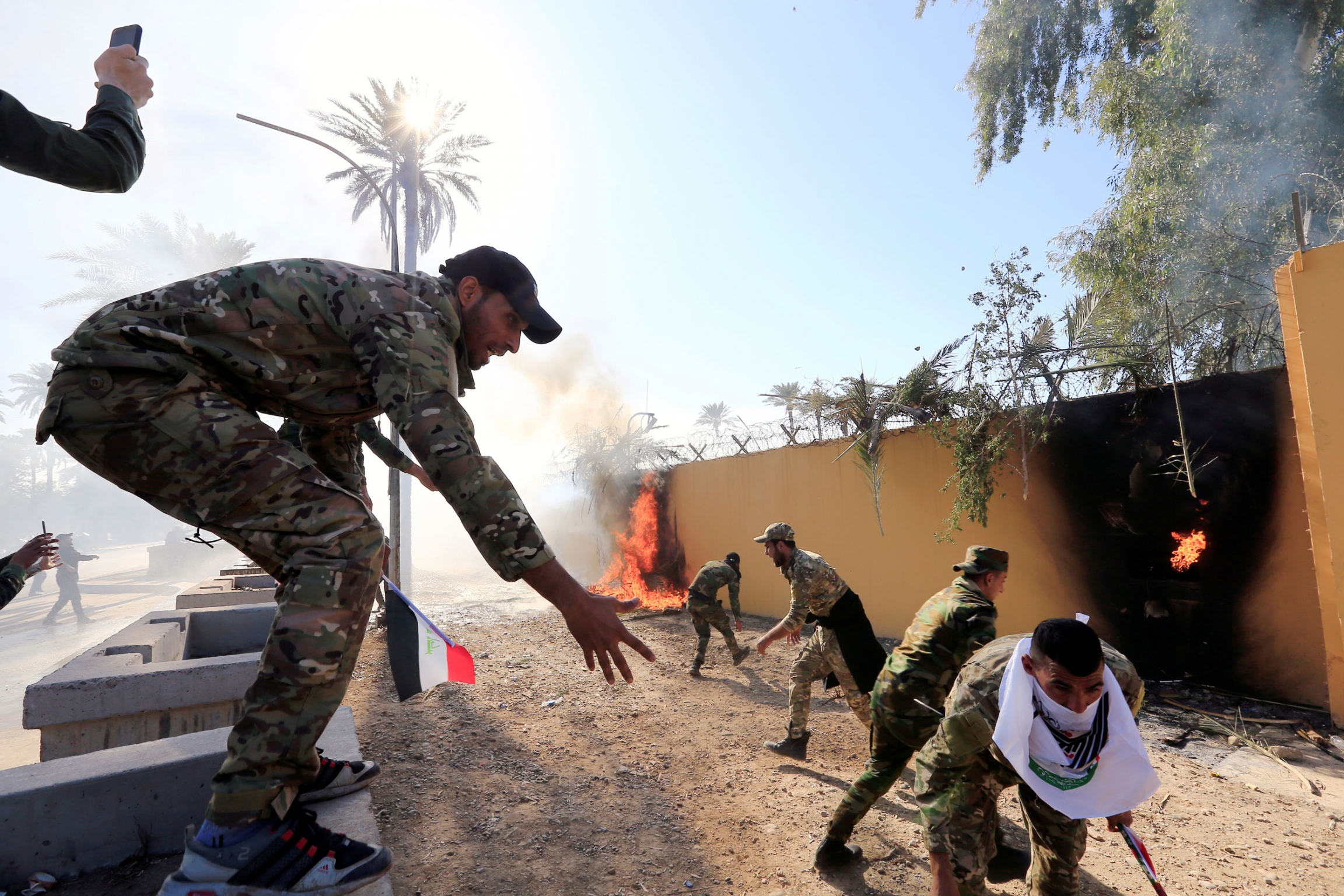 Hashd al-Shaabi paramilitary forces fighters set fire on the US Embassy wall to condemn air strikes on their bases, in Baghdad, Iraq, Dec. 31, 2019.

A few hours into the protest, tear gas was fired in an attempt to disperse the crowd and some of the militias encouraged protesters through loudspeakers to leave.

"We have delivered our message, please leave the area to avoid bloodshed," said one announcement.

'Closed in the name of the people'

Iraqis have been taking to the streets in their thousands almost daily to condemn, among other things, militias such as Kataib Hezbollah and their Iranian patrons that support Iraqi Prime Minister Adel Abdul Mahdi's government.

But on Tuesday, it was these militias who were spraying "Closed in the name of the people" on the gates of the US Embassy and smashing the surveillance cameras around the building with bricks and stones. Some set up tents in preparation for a sit-in.

Qais al-Khazali, leader of the Iranian-backed Asaib Ahl al-Haq militia, and many other senior militia leaders were among the protesters.

"Americans are unwanted in Iraq. They are a source of evil and we want them to leave," Khazali told Reuters. Khazali is one of the most feared and respected Shiite militia leaders in Iraq, and one of Iran's most important allies.

Kataib Hezbollah is one of the smallest but most potent of the Iranian-backed militias. Its flags were hung on the fence surrounding the embassy.

Abdul Mahdi has condemned the air strikes, which killed at least 25 fighters and wounded 55.