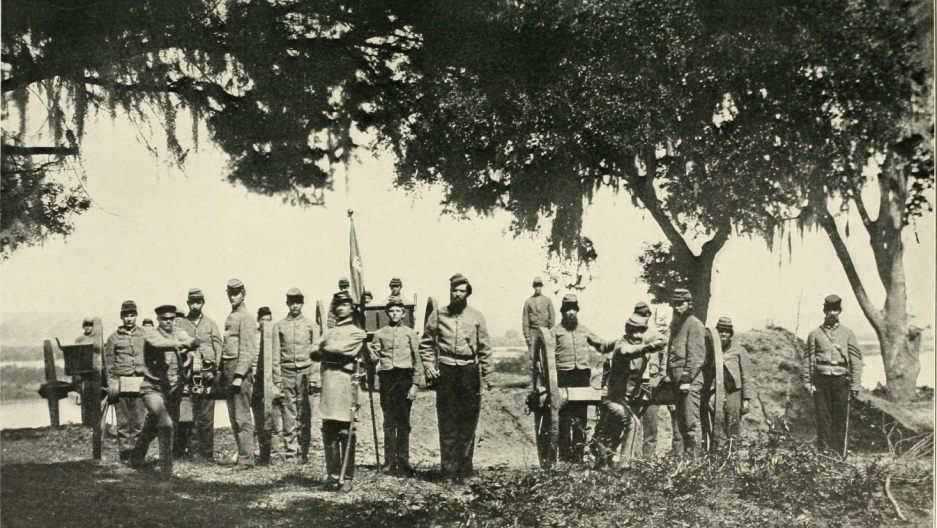 The Photographic History of the Civil War/Public Domain

Social scientists have access to a lot of meaty data on state military recruitment. But recruitment by nonstate forces in civil wars is another story.

Rebel movements usually keep fairly poor records and for good reason: If they lose, having a well-maintained spreadsheet of their fighters for their enemy to find won’t extend any lifespans.

Trying to figure out who actually does the fighting in civil wars — and why —  is an ongoing challenge for conflict scholars.

Related: Why you need to know about Guatemala's civil war

One way to approach the problem is to focus on old wars. In the latest issue of the American Political Science Review, Andrew Hall, Connor Huff and Shiro Kuriwaki went all the way back to the American Civil War to answer a question that’s at the core of how the Confederacy built its army: Did slave ownership make people more or less likely to join the Confederate army?

At first, this might seem like an idiosyncratic question: Slaveholders don’t make up a significant percentage of combatants in most modern wars. But in reality, it goes to the heart of a basic question about how rebel movements — that largely benefit upper classes — function.

The Confederacy rebelled to preserve slavery, but, as Hall et al. write, “wealthy Southerners had incentives to free-ride on poorer Southerners and avoid fighting.” When upper class interests are a rebellion’s cause, do they fight, or do they pay for poorer people to fight in their stead?

The researchers wanted to differentiate between people who were rich but did not own slaves and people who were slaveholders. To do this, Hall et al. utilized data from another indelible moral stain on American history: genocide against Native Americans.

Georgia held a series of lotteries in the first half of the 19th century to award land taken from the Cherokee Nation to eligible white men on a random basis. By and large, men who won land in the lottery sold it off to speculators and very often used the proceeds to become slaveholders.

Hall et al. measured the likelihood of lottery winners to send sons to fight for the Confederacy and found them to be significantly more likely to do so than lottery losers. That is, adding wealth in the form of enslaved people made Southern whites more inclined to fight a war to defend slavery.