US President Donald Trump was impeached by the House of Representatives Wednesday. The case will likely move to the Senate for trial in January, where senators will consider whether to remove the president from office ahead of the 2020 elections.

Trump is only the third president in American history to be impeached. And that's by design.

“[Impeachments], ideally, are not used on a regular basis because they can be traumatic,” said Pedro dos Santos, an associate professor working on comparative politics at the College of Saint Benedict and Saint John's University. “You definitely don't want to do impeachment that much because it's always going to be a political and polarizing moment.”

With strong Republican backing in the Senate, Trump is unlikely to get the ultimate boot because an impeachment trial is an inherently political process — not a criminal trial.

Impeaching and removing a president in the US is an extraordinary measure to respond to extraordinary circumstances. But it is not the only mechanism for revising leadership across global political systems.

This year there have been a number of political shake-ups around the world. Dos Santos says it's an interesting time, where both legal and extralegal means for bringing about regime change have been making headlines. Here's a look at some of what's happened in 2019. 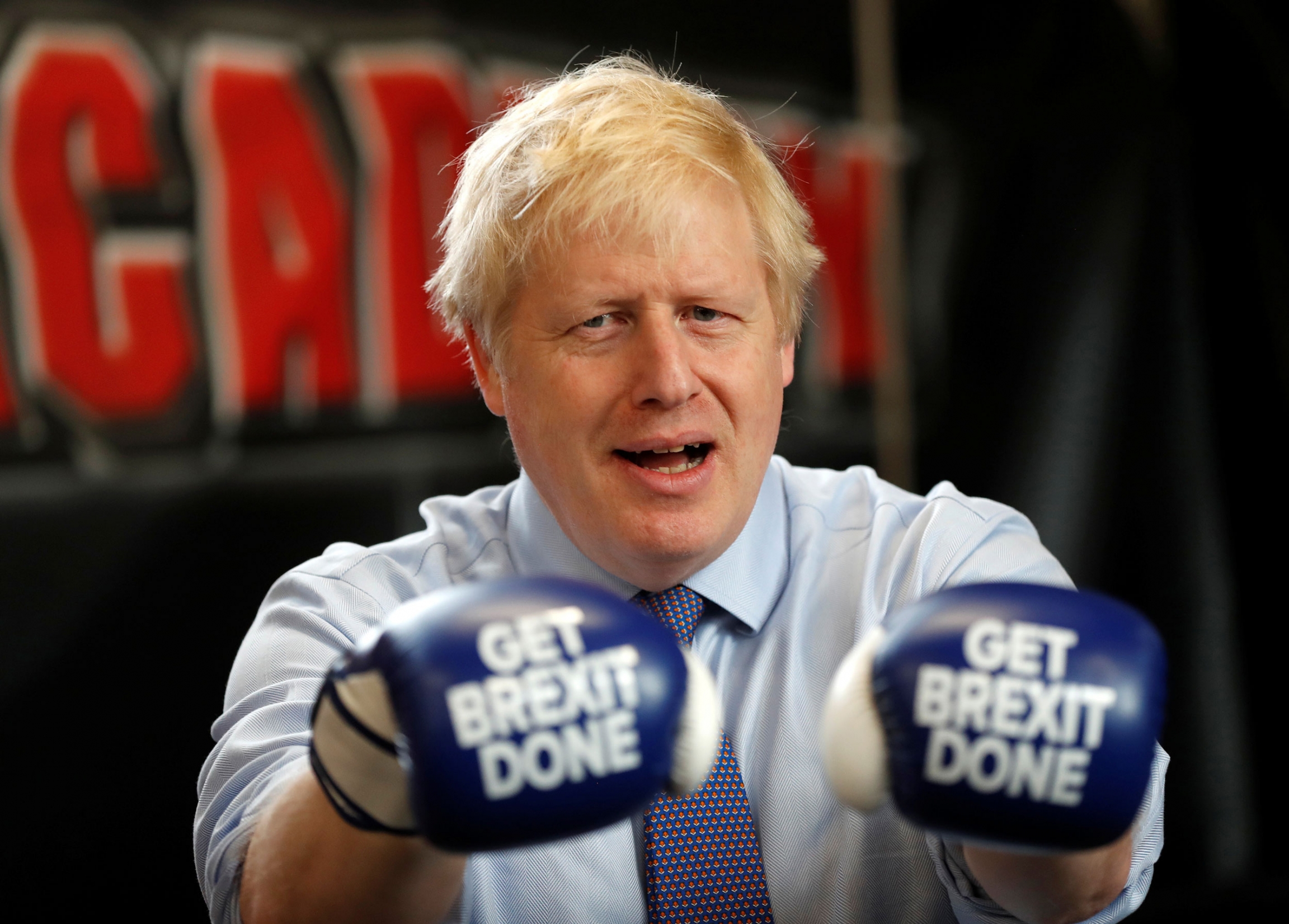 Britain's Prime Minister Boris Johnson poses for a photo wearing boxing gloves during a stop on the campaign trail in Manchester, Britain, Nov. 19, 2019.

In contrast to presidential systems like the US, where leadership changes outside of election cycles are rare, parliamentary systems can dissolve and reorganize governments more easily.

“The prime minister, who is the executive leader, can call for elections and the parliament can also call for a vote of no confidence to try to change the system,” dos Santos said.

The United Kingdom's Conservative party has made use of this in 2019, after dealing with a slew of Brexit backlogs. Theresa May announced her resignation as prime minister in June after failing to lead the UK out of the European Union. Her successor, Boris Johnson, has thus far also failed to pass a Brexit plan in parliament. But Johnson called for December elections, which he won by a landslide, giving his Conservative Party a strong mandate to bring the Brexit saga to a resolution.

In Italy, an August call for an off-cycle vote backfired. Interior Minister Matteo Salvini, the hard-right leader of the anti-migrant League party, called for snap elections in the hopes that Italian voters would give his party a clear ruling mandate. Instead, his party's coalition partner, Five Star, joined forces with the center-left, opposition Democratic party, out-maneuvering Salvini and backing Italy away from the euroskeptic direction led by Salvini's coalition. 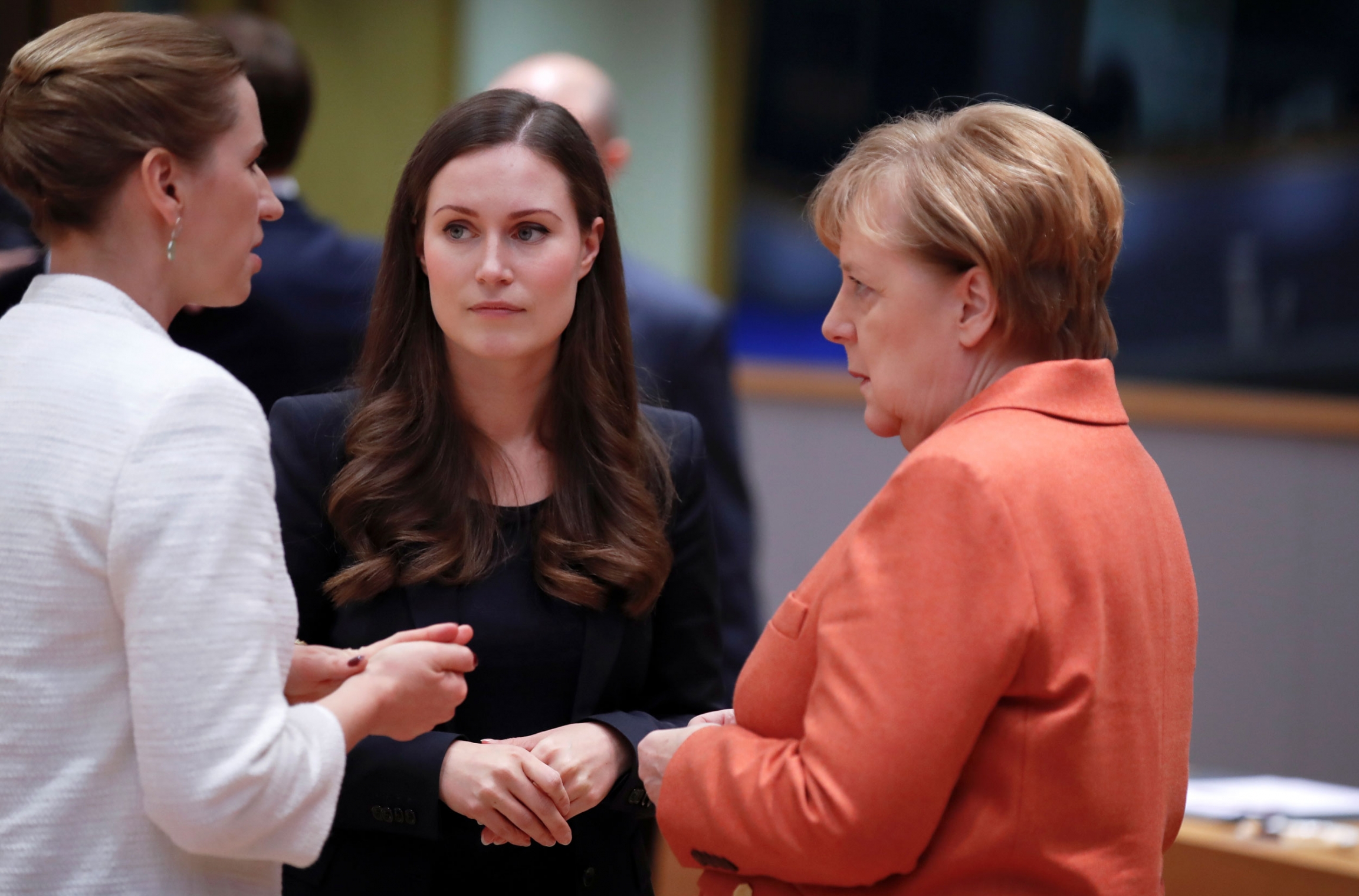 In Finland — one of the freest societies in the world — 34-year-old Sanna Marin became the youngest prime minister in the world after Antti Rinne resigned Dec. 3. Rinne had lost the confidence of coalition partners after two weeks of strikes in the country. Finnish leaders did not want to risk new popular elections; instead, Marin was elected by her party, maintaining the governing coalition (which is primarily led by young, women leaders).

In the world's oldest hereditary monarchy — Japan — 85-year-old Emperor Akihito became the first emperor to cede the throne in more than 200 years. Japan's Parliament, the country's governing body, passed a law in 2017 that allowed for the abdication in April of this year. Akihito's 59-year-old son, Naruhito, began his reign as head of state in May but was enthroned in October. 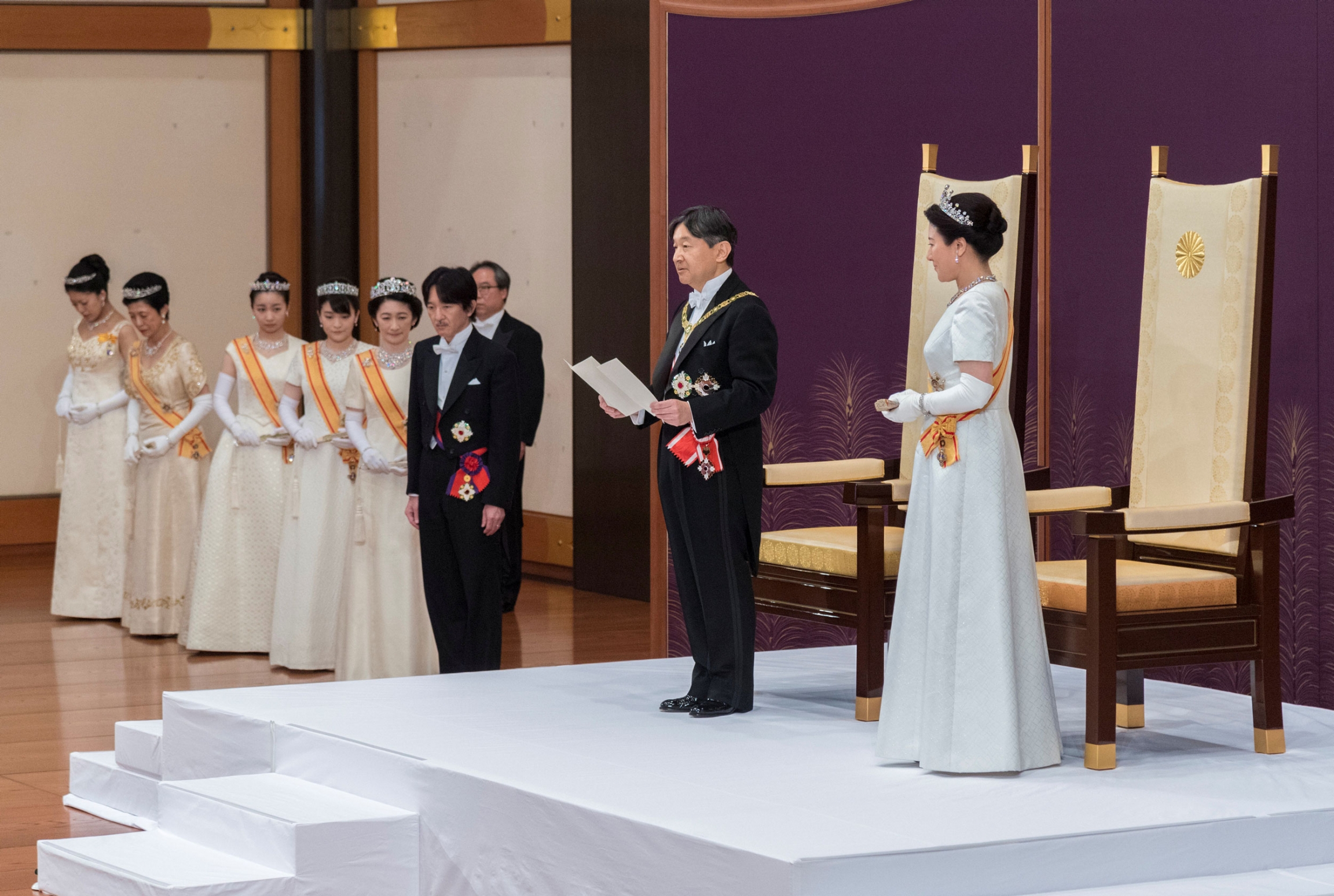 Japan's Emperor Naruhito, flanked by Empress Masako, delivers a speech during a ceremony marking his first audience after the accession to the throne, at the Imperial Palace in Tokyo, May 1, 2019.

Related: Prince under pressure: This teen is second in line to Japan's throne

In Malaysia, which operates as a federal parliamentary constitutional monarchy that is partly free, Sultan Muhammad V became the first monarch to abdicate from a five-year term. A term limit for a king might sound surprising: Since gaining independence from Britain in 1957, the hereditary rulers of the federated Malay states elect a sultan to reign for five-year terms as Malaysia’s head of state.

Longtime president of Kazakhstan, Nursultan Nazarbayev, 78, resigned somewhat unexpectedly in March. Nazarbayev ruled the Central Asian state for three decades: His “special status” as the country's first president exempted him from term limits. Nazerbayev has been at the head of the authoritarian oil-rich country since 1989, when it was still part of the Soviet Union. He left the presidency in 2019, but in 2018, Nazarbayev made himself chairman of the Security Council for life, which could leave him with significant constitutional powers.

Power of protest — and arms 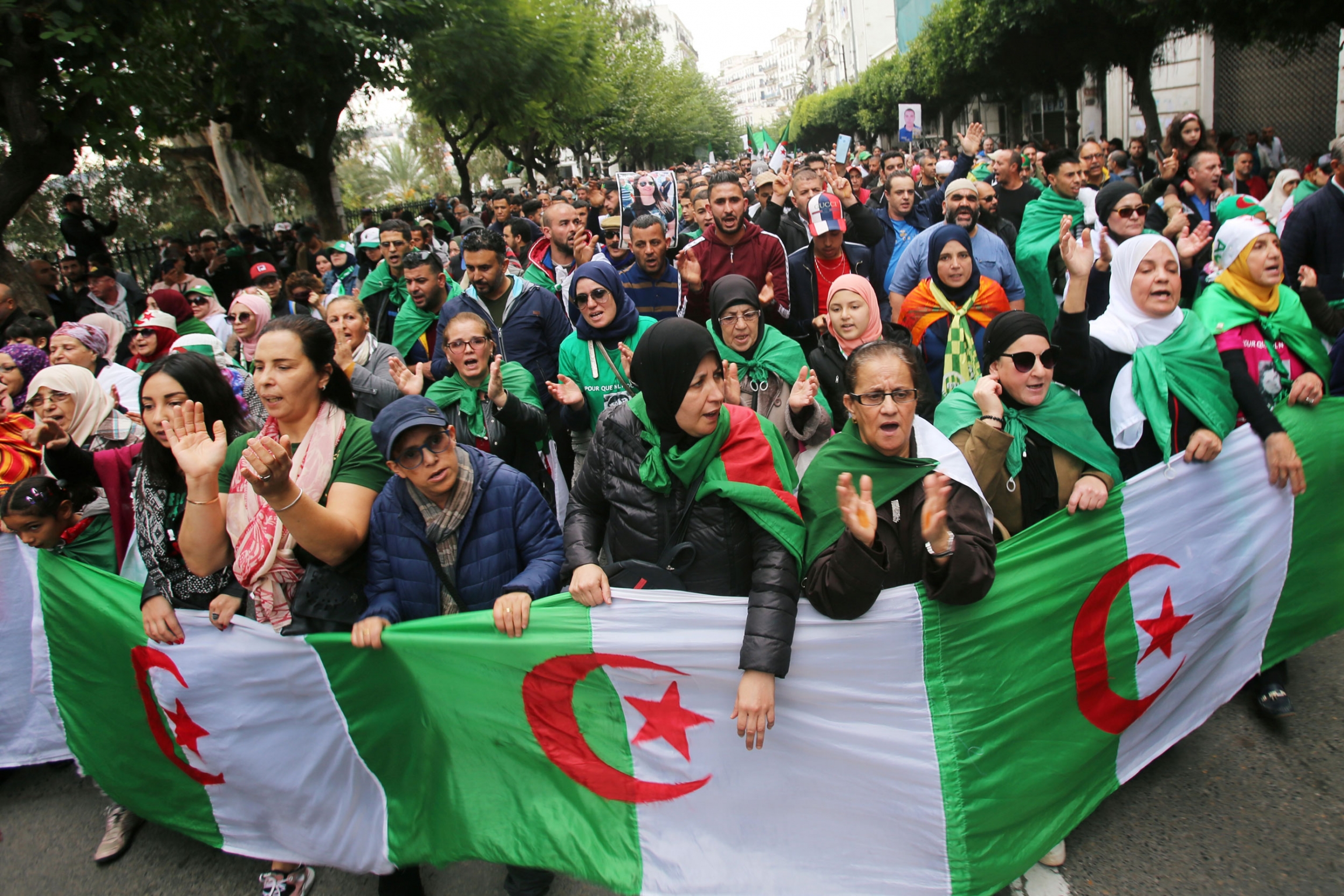 In Algeria, potential voters protested a Dec. 12 election that demonstrators said put a democratic “facade” on a de facto military junta. Since the April resignation of octogenarian Abdelaziz Bouteflika, who stepped down as president after two decades of rule amid months of protests, the ruling elite has maintained power despite consistent calls for political freedom.

"Elections, at this point, are not the solution," Zine Labidine Ghebouli, a scholar at the American University of Beirut told The World. "The real solution is the democratic transition in Algeria, which is not happening so far."

This isn't unique to Algeria. The lines of democracy are becoming increasingly blurred, dos Santos said. “We see more and more of these complications — when you have elections but the government does not necessarily respect civil rights or civil liberties.”

Popular protests have brought huge numbers of active citizens to the streets around the world in 2019, advocating for change in their governments. Demonstrators can take huge risks in unfree states — and many have been met with deadly backlash. 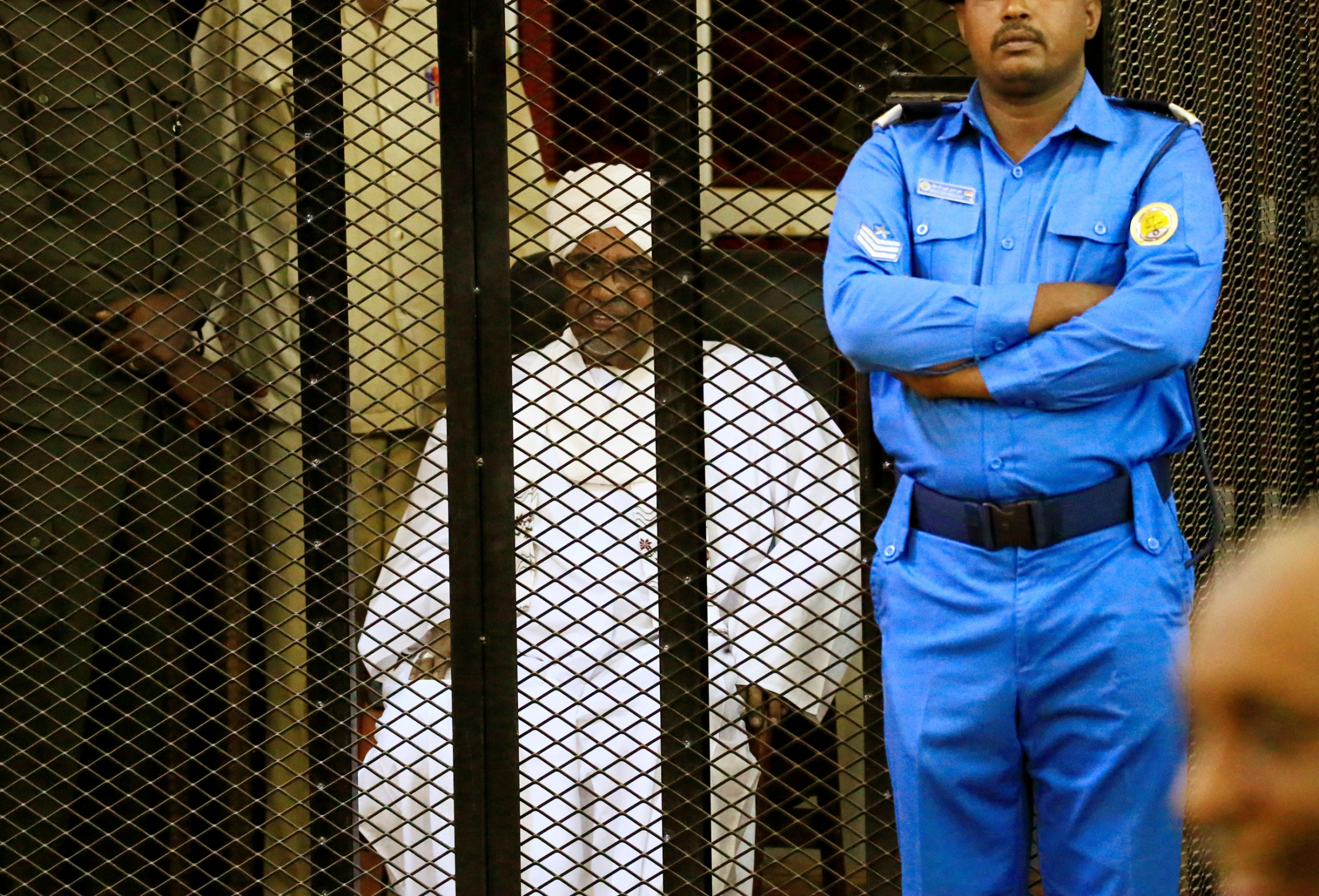 Sudanese former president Omar al-Bashir sits inside a cage during the hearing of the verdict that convicted him of corruption charges in a court in Khartoum, Sudan, Dec. 14, 2019.

In Sudan, former president Omar al-Bashir's ouster came after months of deadly demonstrations, a protest movement largely led by young people and women. Bashir, who is wanted for war crimes and was recently sentenced for corruption, led a dictatorship in Sudan for 30 years. A transitional Sovereignty Council with five military and six civilian members will lead the Sudanese government until its elections in 2022. It's an uneasy alliance for protesters who hoped to see civilian rule put in place.

But people power is not the only factor in demonstrative regime change, dos Santos said.

That's been the case in Venezuela, where opposition leader Juan Guaidó declared himself interim head of state in January in an attempt to oust embattled President Nicolás Maduro, who has been in power since 2013. Venezuela is in crisis, suffering extreme shortages and hyperinflation, and an increasingly desperate population. 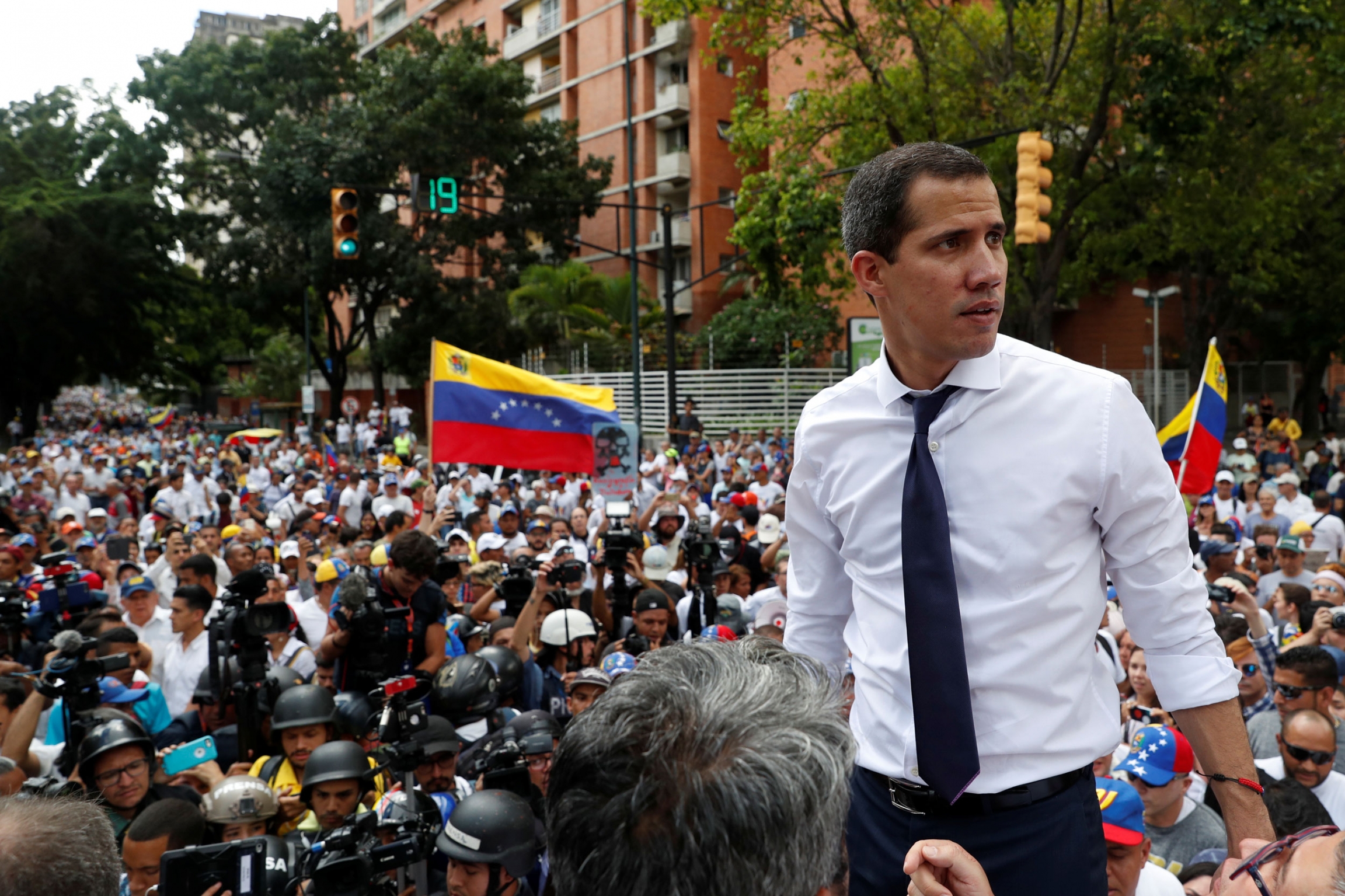 Venezuelan opposition leader Juan Guaidó, who many nations have recognized as the country's rightful interim ruler, takes part in a rally against the government of President Nicolás Maduro in Caracas, Venezuela, July 5, 2019.

Guaidó's claim to power is partially a constitutional debate — he argues it comes from his role as president of the National Assembly, the democratically elected congress. And while he has the backing of some Western leaders, it's not enough.

“If Guaido gets the support of military, chances are that he will be able to overthrow Maduro,” dos Santos said. “[That] doesn't make it democratic — but it does make a regime change.”

Something similar played out in Bolivia, where the president of 13 years, Evo Morales, resigned Nov. 10 after nearly three weeks of protests over alleged election rigging.

Related: 'Everything is a mess': Morales' exit convulses Bolivia

“Morales resigned only after General Williams Kaliman Romero, who is the head of the armed forces in Bolivia, basically told him, 'You should resign, it's what's best for the country,'” dos Santos said. “It's like saying, 'If you don't resign, we're going to make you resign, one way or another.'” 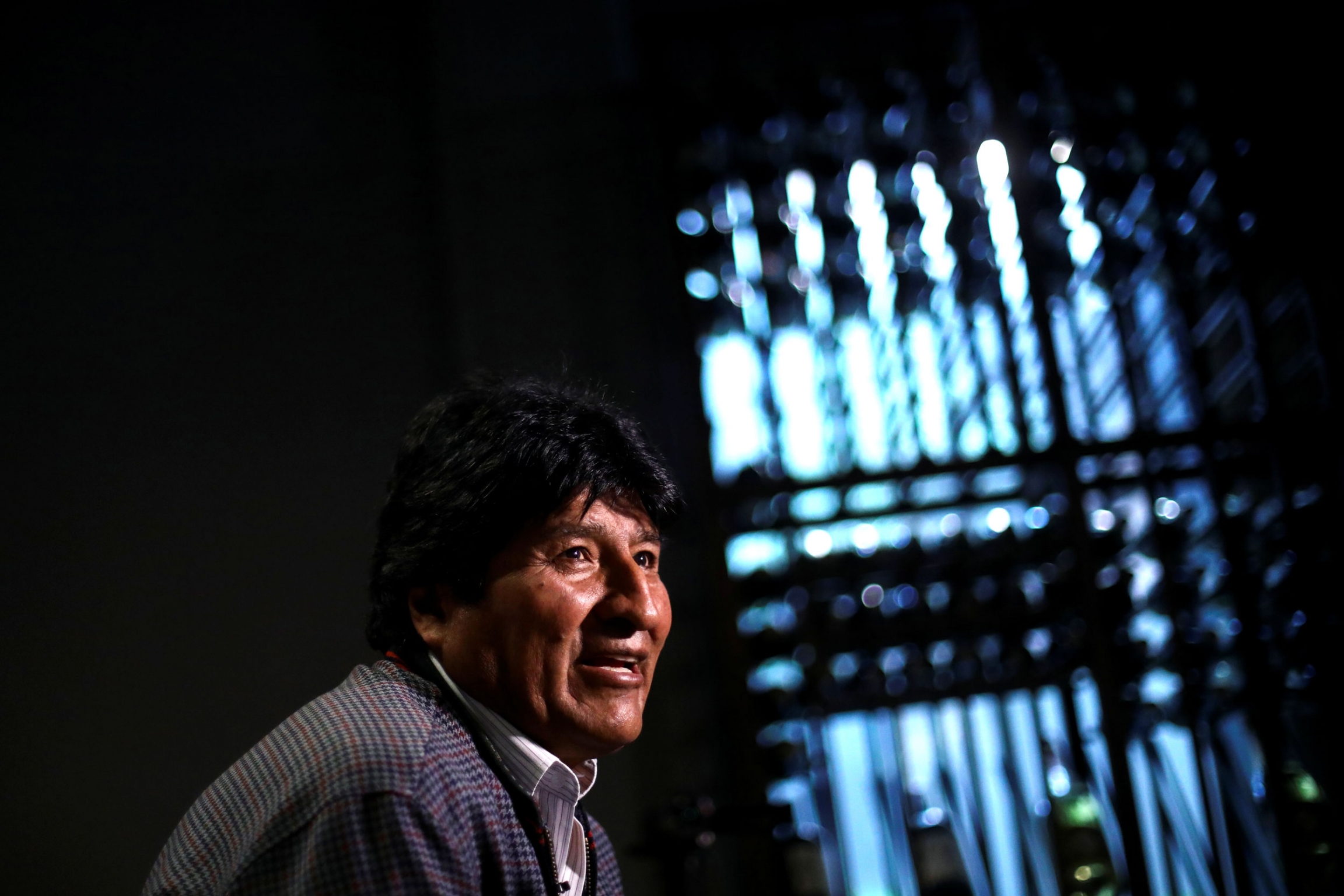 Morales's replacement, Jeanine Añez, is not without controversy. Añez was named interim president after four officials who preceded her in the line of succession resigned. She has denied Morales' ouster was a coup, though many of the former president's supporters calling for his reinstatement have faced deadly backlash.

These are just a handful of examples. Many other countries around the world — such as Iraq, Moldova and Gabon — have also faced popular protests, resignations and legal challenges to leadership this year. It's a sign of the times.

“We're at a crossroads in a lot of places discussing and thinking about democracy more broadly,” dos Santos said.

It's a trend that will likely continue into 2020 — in the US, and around the world.